After his Election 2020 win, President-elect Joe Biden shaded President Trump’s MAGA hats with his own hat.

The former Vice President was elected as the 46th President of the United States on Saturday, November 7, after a win in Pennsylvania, which gave him enough electoral college votes to beat current President Donald Trump. Biden’s running mate, Senator Kamala Harris of California, was also elected as his Vice President. After his win, Biden’s wife, Jill Biden, took to her Twitter to congratulate her husband Americans who voted for him. “He will be a President for all of our families,” she tweeted a photo of her and her husband holding a sign that read, “Dr. & President Biden Live Here.” Jill could also be seen covering the word “vice” on the poster, which led fans to believe that the sign was created when Biden was Vice President to 44th president Barack Obama from 2008 to 2016.

In the photo, Biden could be seen with a blue cap with the words, “We Just Did” along with the number 46. It didn’t take long for fans to interpret the cap as shade and a response to toward Trump’s famous “Make America Great Again” hats. 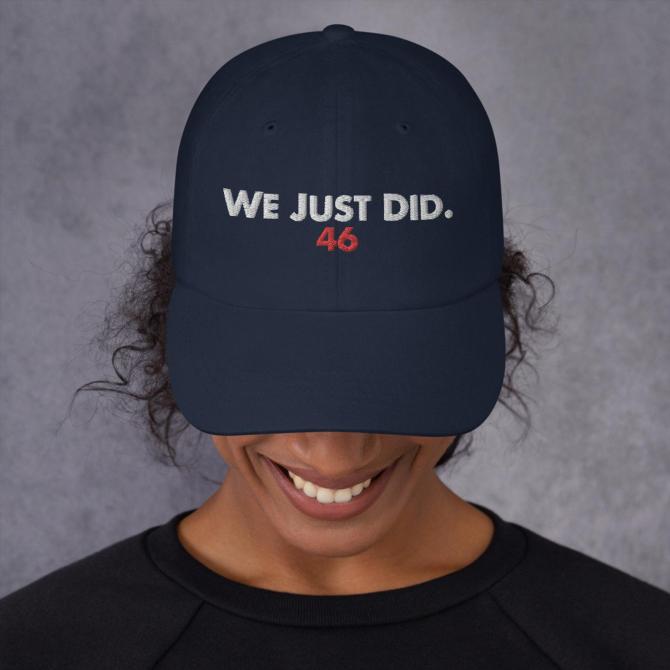 In a 17-minute speech after he was elected as president, Biden thanked the Americans who voted for him. “My fellow Americans, the people of this nation have spoken. They have delivered us a clear victory,” he said. “A convincing victory. A victory for “We the People.” We have won with the most votes ever cast for a presidential ticket in the history of this nation — 74 million. I am humbled by the trust and confidence you have placed in me. I pledge to be a president who seeks not to divide, but to unify. Who doesn’t see red and blue states, but a United States.”

At the end of his speech, Biden promised to move forward as a united nation after four years with Trump in office.

“With full hearts and steady hands, with faith in America and in each other, with a love of country — and a thirst for justice — let us be the nation that we know we can be. A nation united. A nation strengthened. A nation healed. The United States of America. God bless you. And may God protect our troops,” he said.