Biden and his running mate, former California Senator Kamala Harris (who was elected as the 49th Vice President of the United States and is the first woman to hold the title), will take the oath of office as the next POTUS and VPOTUS on Inauguration Day on January 20, 2021. The Democratic team succeed former President Donald Trump and Vice President Mike Pence, whom they beat in the 2020 Presidential Election after wins in swing states such as Pennsylvania and Georgia.

But back to Biden’s family. The President has four kids. He shares his three eldest—Hunter, Beau and Naomi—with his late wife, Neilia Hunter, who died in a car crash in 1972. Biden also has another daughter, Ashley, with his second wife, Jill Biden, whom he married in 1997. Biden also has seven grandchildren: Naomi, Finnegan, Maisy, Natalie, Hunter, and two baby Bidens born in 2018 and 2020 respectively. So who are all of Joe Biden’s kids and grandchildren? Take a look at his family tree ahead.

Beau is Biden’s first son with his late wife, Neilia, and was born on February 3, 1969. He died on May 30, 2015 from brain cancer. Before his death, Beau worked as a politician like his father. In 2003, he joined the Army National Guard as a major in the Judge Advocate General’s Corps before he was elected as the Delaware attorney general. He served in the role from 2007 to 2015. During his political career, Beau also worked closely with Vice President Kamala Harris.

At the 2020 Democratic National Convention, Jill paid tribute to her late stepson. “After our son, Beau, died of cancer, I wondered if I would ever smile or feel joy again. It was summer, but there was no warmth left for me,” she said at the time. “Four days after Beau’s funeral, I watched Joe shave and put on his suit. I saw him steel himself in the mirror, take a breath, put his shoulders back, and walk out into a world empty of our son. He went back to work. That’s just who he is.” Beau is survived by his wife, Haillie Olivere, and his two children. 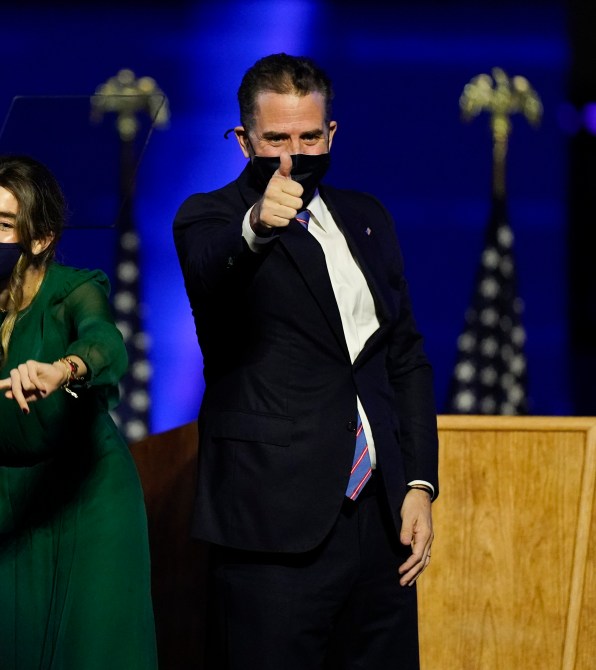 Robert, who is often referred to by his middle name “Hunter,” is Biden’s second son with his late wife, Neilia. He was born on February 7, 1970 and works as an attorney and is the founder of the venture capital firm Eudora Global. Hunter has been married twice. He divorced his first wife, Kathleen Biden, in 2017 after 14 years of marriage. (The two share three kids.) He married his second wife, Melissa Cohen, in 2019. In a 2019 interview with the New Yorker, Hunter opened up about his past struggle with drug and alcohol addiction. I’m saying sorry to him,” Hunter recalled of a conversation with his father to the New Yorker. “And he says, ‘I’m the one who’s sorry,’ and we have an ongoing debate about who should be more sorry. And we both realize that the only true antidote to any of this is winning. He says, ‘Look, it’s going to go away.’ There is truly a higher purpose here, and this will go away. So can you survive the assault?”

Naomi was born on November 8, 1971 and was Biden’s third child and only daughter with his late wife, Neilia. She was 1 year old when she died in a car crash with her mother on December 18, 1972. 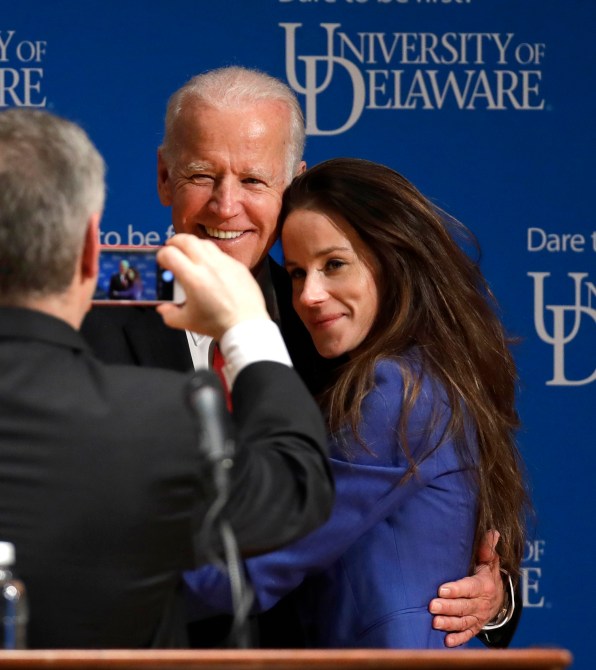 Ashley is Biden’s only child with his second wife, Jill. She was born on June 8, 1981. She graduated from Tulane University and went on to become the executive director of the Delaware Center for Justice. She also worked as a social worker in the state for 15 years. In 2017, she founded a clothing company called Livelihood. In 2012, she married plastic surgeon Howard Krein. Ashley gave her first television interview about her father on the TODAY show in January 2021. . “I’m just so proud. I truly am proud of my father,” she said at the time. 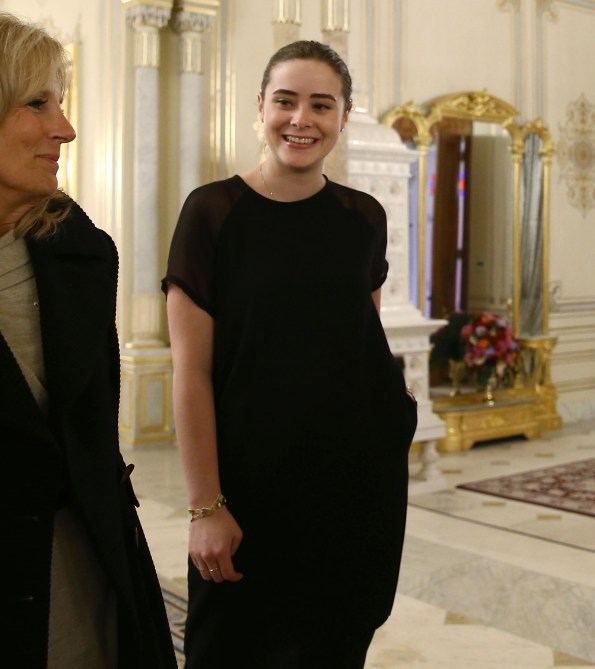 Naomi, who was born in 1993, is the eldest Biden grandchild. She is the daughter of Hunter and Kathleen Biden. She’s named after her late aunt, Naomi, who died with Biden’s late wife, Neilia, in 1972. Naomi graduated from Columbia Law School. She was also a classmate of former first daughter Tiffany Trump while studying for their undergraduate degrees at the University of Pennsylvania. 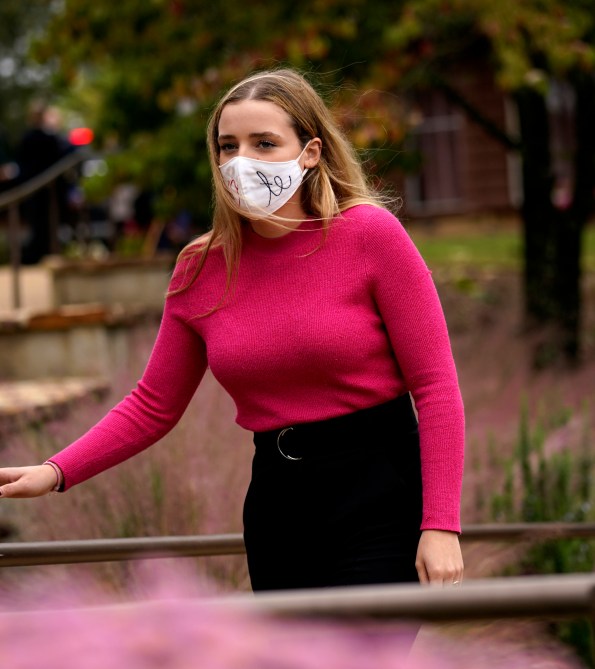 Finnegan is Biden’s second eldest grandchild. She is the younger sister of Naomi and the second daughter of Hunter and Kathleen Biden. she’s named after her great grandmother, Catherine Eugenia Finnegan Biden. She was often seen on the campaign trail for Biden’s 2020 presidential campaign. She was born in 2000. 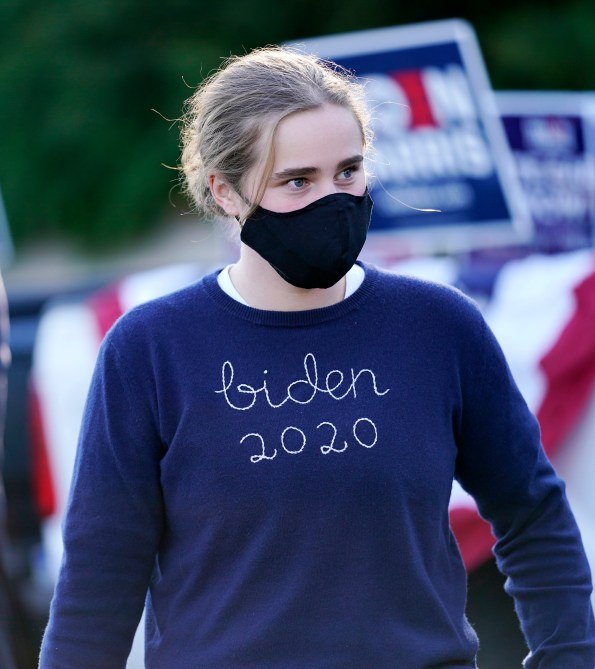 Maisy is the youngest of Hunter and Kathleen’s daughters. She was born in 2001. Like her older sisters, Maisy was also seen on Biden’s campaign trail. According to Town & Country, Maisy is close with Sasha Obama, the youngest daughter of former President Barack Obama and First Lady Michelle Obama. The two also had a joint celebration for their high school graduations. 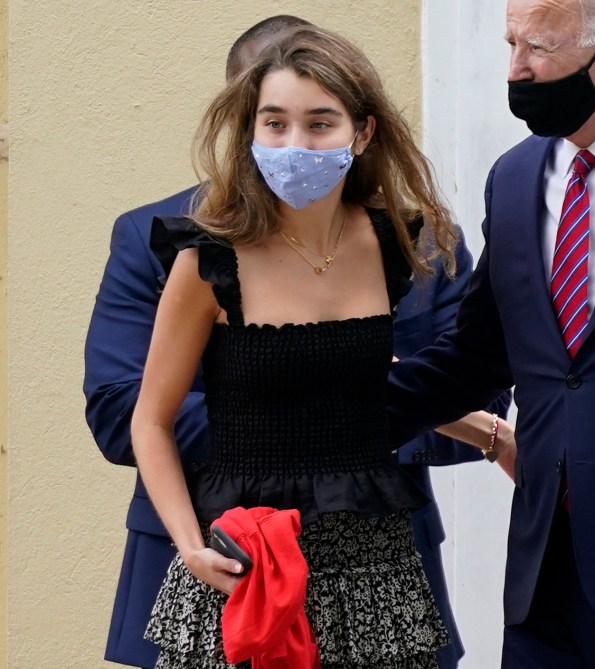 Natalie is the eldest child of Biden’s late son, Beau. Her mother is his wife, Hailie. She was born in 2004. Though more private than her cousins, Natalie was also seen on the campaign trail for Biden’s 2020 campaign. She also spoke at the 2020 Democratic National Convention about what it’s like to have Dr. Jill Biden as a grandmother. 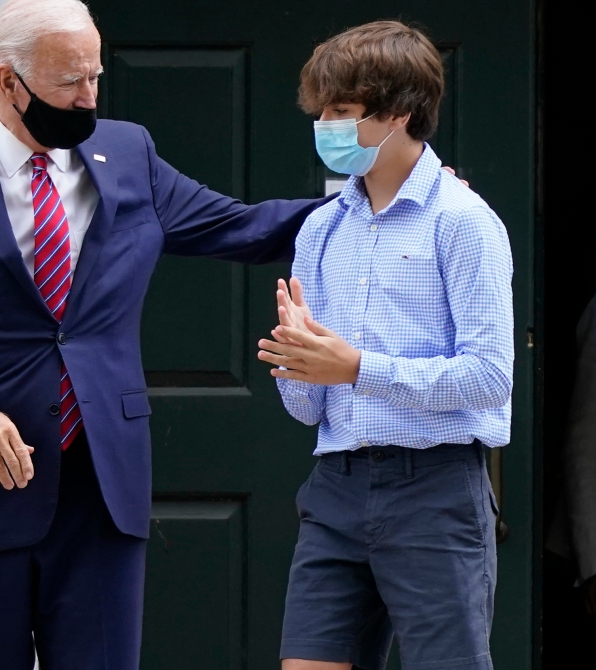 Robert is the youngest of Beau and Hailie Biden’s children. He was named after his uncle, Robert Hunter, who is Biden’s second son. He was seen alongside his sister and cousins at the 2020 Democratic National Convention, where he recited the national anthem alongside his family.

Hunter has two children from relationships after his marriage to his first wife, Kathleen Biden. He welcomed a baby girl in 2018 with Lunden Alexis Roberts from Arkansas. 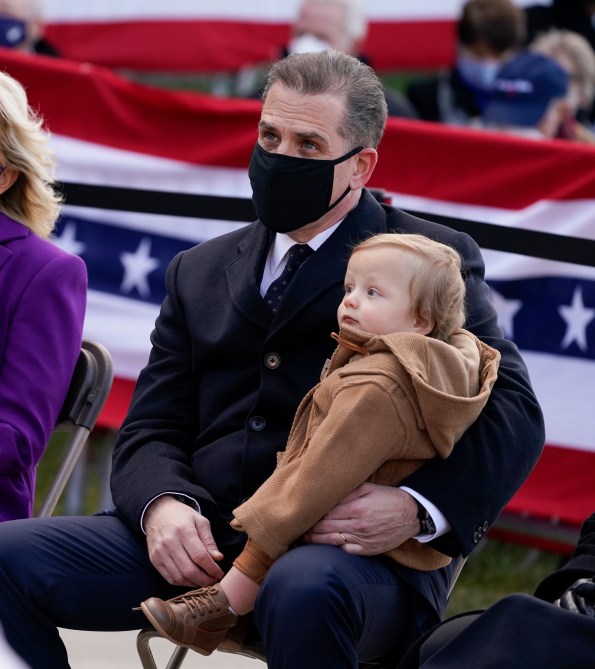 After Hunter married his current wife, Melissa Cohen, in 2019, the couple welcomed their second child, a baby boy named Beau, in March 2020. Beau is named after President Biden’s late son, Robert “Beau” Biden, who died of cancer in 2015. Hunter’s son Beau was seen on Inauguration Day in 2021.