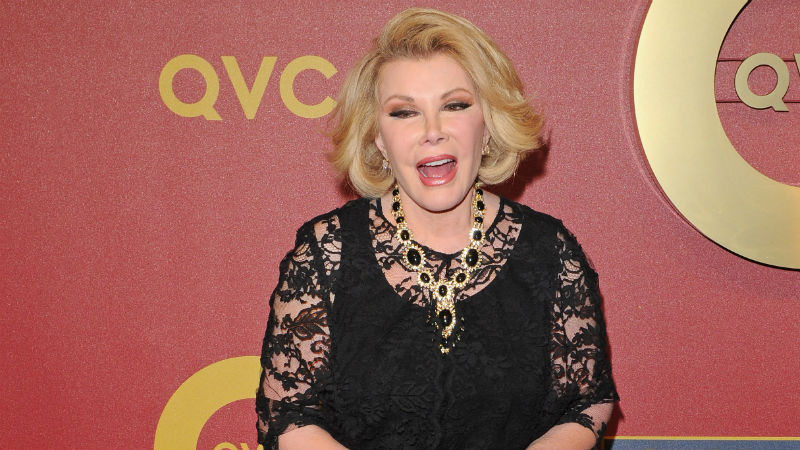 Following Joan Rivers tragic death, much is being written about her comedic legacy. A little less known about Rivers? Just how much of a fashion mogul she was. According to QVC, sales of The Joan Rivers Classics Collection have amassed over $1 billion in sales in the last 24 years.

Rivers first appeared on QVC in 1990 to premiere her line, and was one of the first celebrities to start her own fashion range and sell it on TV. Over the years, her collection has included over 6,000 items like brooches, scarves, and dresses, all of which are still selling briskly. In the last year alone, Rivers sold $1.2 million worth of products through QVC. Her biggest success? The collection’s Lavish Luxury Sequin Scarf which—in 2012—sold over 88,000 units in one day.

MORE: Here’s What Waiters and Waitresses Do When You Piss Them Off

In a statement, QVC CEO Mike George said: “We are greatly saddened by the loss of our dear friend Joan Rivers. She has been a special part of our QVC family for 24 years, and we knew Joan not only as an extraordinary comedian, writer, producer and business leader, but as a generous and caring spirit, who inspired us to be better every day.”

Clearly QVC has some very big shoes to fill with the loss of Rivers.