The band is breaking up. Well—not quite yet. But soon. The members of BTS sat down for an interview with CBS This Morning, where they opened up about the military requirement for young men in South Korea. Jin will leave BTS for the Korean military service at some point. In fact, all members of the seven-piece K-pop boy band will have to as well. “As a Korean, it’s natural,“ Jin said in BTS’s interview with CBS reporter, Seth Doane. “And, someday, when duty calls, will be ready to respond and do our best.“

Doane followed up, asking the boys if they are worried about when the time comes for them to break up. But Jung Kook, one of the band’s lead vocalists, responded, “I don’t want to think about it at this point. We have something really good going.” And they absolutely do! We completely understand them wanting to maintain their juju for as long as possible. The boys have been crushing it on U.S. charts.

RM, one of BTS’s rappers, summed it up saying, “That’s the answer. We just enjoy the ride, live in the moment and that’s all we can do.” It certainly sounds like they have the right mindset about their work and an optimistic outlook on life.

The boys in the band range from 21 to 26 years old. This means that the group has most likely already delayed their mandatory service which is required for all males in South Korea. The amount of time required to serve depends on the particular branch of military one chooses to join. For example, active duty in the army is 21 months. The Marines is also 21 months. Those who enlist in the Air Force, however, are required to serve 24 months. 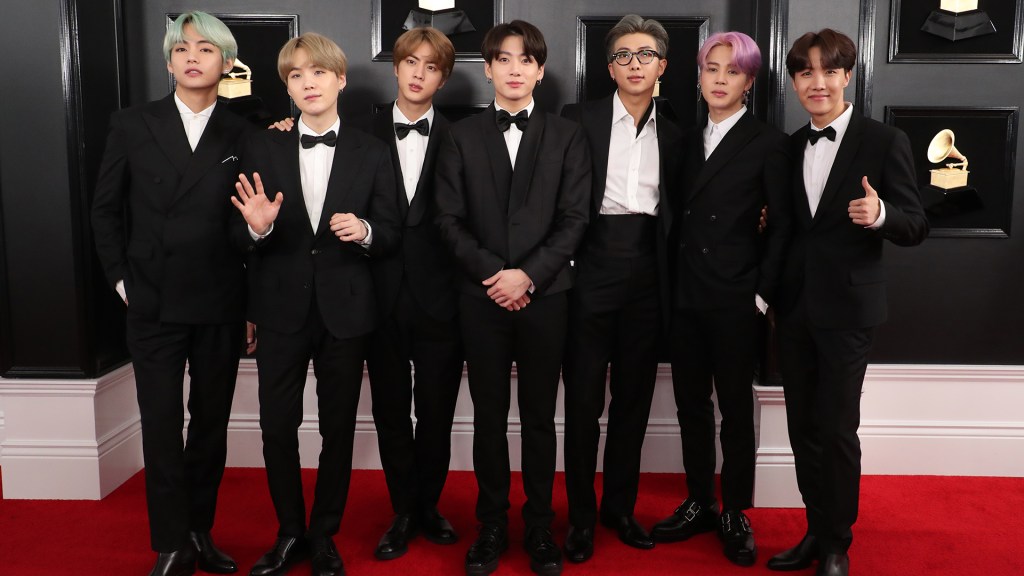 The conversation didn’t only revolves around their pending military service. The boys went on to discuss the moment they decided to all live together. It was in the early days of their career, and they thought it would be the best move. Clearly it worked out. “At first we were like, ‘Why do we have to live together?‘“ Suga said. “But at some point we realized that this is really precious. And we’ve become really thankful.“

V, another one of the band’s singers, explained what his fellow bandmates mean to him. The bond sounds pretty powerful. “I think these are the people who know me the best,” he said. “We know each other better or more than our families know us.”