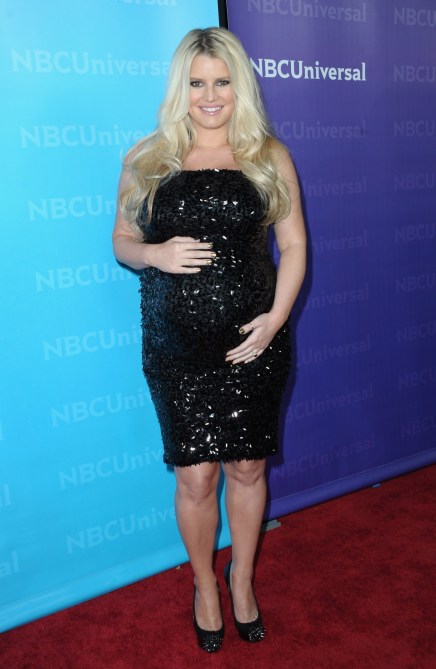 Although it’s been a mere seven months since Jessica Simpson gave birth to daughter Maxwell Drew, it’s being reported that she and fiance Eric Johnson have another baby on the way. Today, Us Weekly broke the story, with a source stating, “It definitely wasn’t planned. But yes, Jessica is pregnant again.” While Us generally has a history of breaking semi-reputable celebrity stories (Kristen Stewart and Rupert Sanders, anyone?), we still have to take this one with a grain of salt. Below, we break down a few reasons why this does—and doesn’t—make sense.

Why This Could Make Sense:

Why This Doesn’t Make Sense:

What do you think? Is baby number two on the way for Jessica?