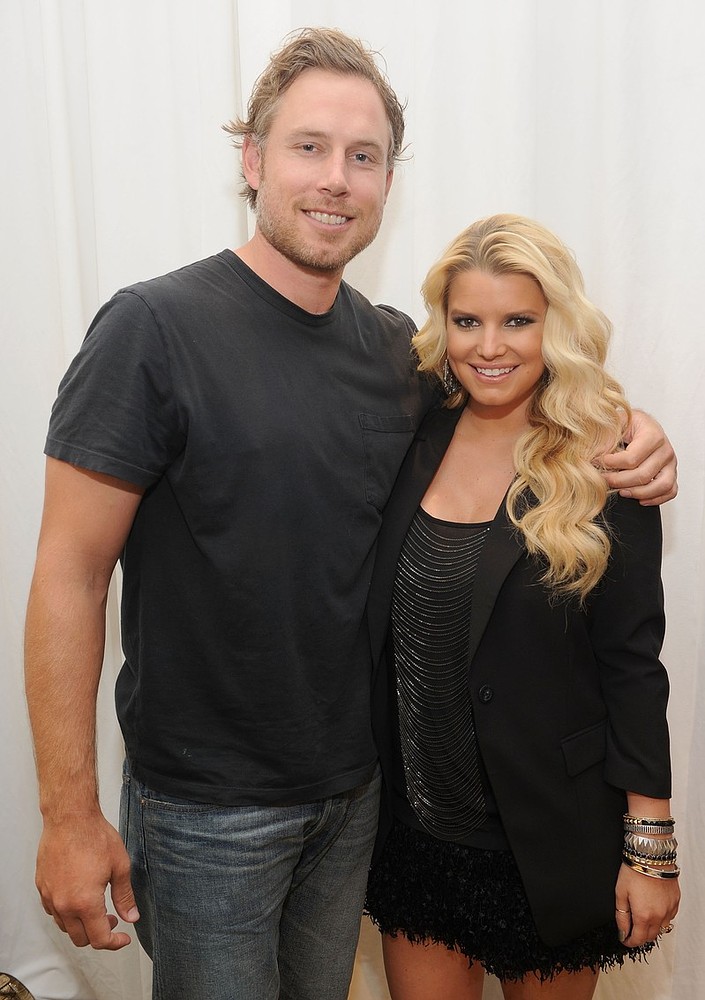 After a month of rumors (and brazen Us Weekly cover stories), it seems Jessica Simpson and her fiance Eric Johnson are indeed expecting baby No. 2, and told the world—how else?— via Twitter.

On Christmas Day, the 32-year-old clothing mogul announced the news by tweeting a photo of 7-month-old daughter Maxwell with the phrase “Big Sis” etched in sand. “Merry Christmas from my family to yours!” Simpson wrote, along with the pic.

Announcing your impending child via Twitter seems to be Simpson’s signature move: In October 2011, she tweeted a photo of herself dressed as a mummy for Halloween with the caption “It’s true — I’m going to be a mummy!”  The method also seems to be ganing steam with others in Hollywood, as “Cougar Town” actress Busy Phillips posted a pic of a positive pregnancy test a few weeks ago.

Jessica’s pregnant rumors were kicked off late last month, when Us Weekly ran a story announcing Jessica’s pregnancy, and quoted a source who said: “It definitely wasn’t planned. But yes, Jessica is pregnant again.”

As for Simpson’s infamous multi-million dollar deal with Weight Watchers she inked to drop her baby weight in the view of the public eye, a rep from the weight-loss organization told ABCNews.com that Simpson “will not be following the program during the pregnancy while her weight and well-being are monitored by her obstetrician, as is recommended for any woman during pregnancy. After she gives birth, Jessica and her doctor will decide when she may resume following the Weight Watchers program.”

Weight Watchers did, however, tweet: “Congrats to Jessica Simpson, Eric and big-sister-to-be Maxwell! “Your WW family is so thrilled for you. What an amazing year you’ve had!” on Tuesday.

Simpson began dating retired NFL player Johnson in May 2010, and the couple announced their engagement in November of that year.