As the new host of the Bachelor franchise, fans want to know about Jesse Palmer’s net worth and what he makes as the host of The Bachelor compared to former host, Chris Harrison.

Jesse, a former NFL player and the season 5 Bachelor, was announced as the host of The Bachelor season 26 with Clayton Echard in September 2021. “For more than 20 years, The Bachelor has brought the world dozens of unforgettable love stories, including at one time, my own,” he said at the time. “Falling in love is one of life’s greatest gifts, and I am humbled by the opportunity to return to the show as host this season to offer the newest Bachelor advice gained from firsthand experience and I am grateful to play a small part in his journey.” The announcement came after Chris Harrison, the former host of Bachelor franchise, confirmed in June 2021 that he had retired as the franchise’s host after 19 years. “I’ve had a truly incredible run as host of The Bachelor franchise and now I’m excited to start a new chapter,” he wrote in an Instagram post at the time. “I’m so grateful to Bachelor Nation for all of the memories we’ve made together. While my two-decade journey is wrapping up, the friendships I’ve made will last a lifetime.”

At 24 years old, Jesse was the youngest Bachelor in Bachelor Nation history when he was the season 5 Bachelor in 2004. During The Bachelor season 5 finale, Jesse gave his Final Rose to Jessica Bowlin, a student from Huntingto  Beach, California, but didn’t propose to her. Jesse and Jessica continued to date, but ended their relationship a few weeks after the finale of their Bachelor season aired. In June 2020, Jesse and his girlfriend, Emely Fardo, married in an intimate wedding in New York City. Jesse told Us Weekly in November 2021 that he and Emely planned to marry in Provence, France, before the current health crisis cancelled their wedding date. “We had originally planned a wedding in Provence, France, for summer 2020, which was postponed until summer of 2021 due to the pandemic, but we didn’t want to wait any longer,” he said at the time. “So, we had a small, private and intimate ceremony with close friends who lived in New York City.” 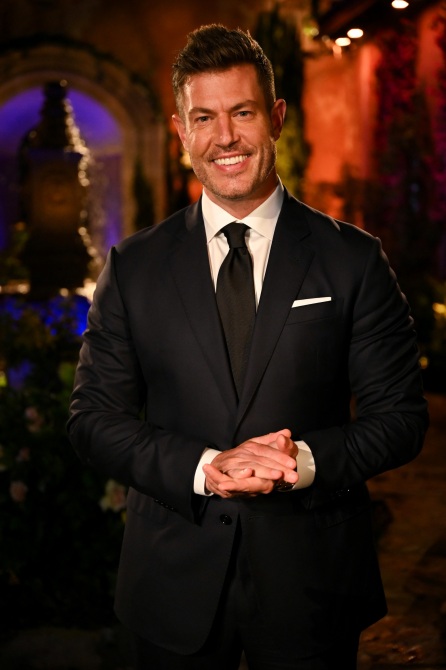 What did Jesse Palmer make from the NFL?

What did Jesse Palmer make from the NFL? Jesse attended the University of Florida in Gainesville, Florida, from 1997 to 2000, where he played as a quarterback for the university’s football team, the Florida Gators. When he was a senior, Jesse became one of the Florida Gators’ team captains and received the school’s Fergie Ferguson Award, which recognized “senior football player who displays outstanding leadership, character and courage.” He finished his college football career with 3,755 passing yards, and graduated from the University of Florida in 2001 with a Bachelor of Arts degree in political science and a Bachelor of Science degree in marketing.

How much did Jesse make from the NFL? While his whole NFL salary isn’t known, ESPN reported in 2005 that Jesse made a minimum base salary of $540,000 for his one-year contract with the San Francisco 49ers, which was prorated over the season. According to team sources at the time, Jesse wa only estimated to spend three to four weeks with the San Francisco 49ers until the team’s injured quarterbacks recovered.

What did Jesse Palmer make from The Bachelor?

Though Jesse’s Bachelor salary hasn’t been confirmed, it’s believed that he made less than the current $100,000 rate, given how early his Bachelor season was. According to Amy Kaufman’s 2018 book, Bachelor Nation, season 2 Bachelorette Meredith Phillips was paid $10,000 for her time as the Bachelorette, which is about a tenth of what leads make today. Given that The Bachelorette season 2 aired in the same year as Jesse’s Bachelor season, it’s likely that Jesse made the around the same amount as the Bachelor. In the book, Kaufman wrote that it would be “incredibly rare for someone to make less than six figures” today.

Emily Maynard, who was the season 8 Bachelorette in 2012, is often cited as one of the highest-paid Bachelors or Bachelorettes, with a pay of $250,000. In Touch reported at the time that Emily, thanks to intense negotiations, was paid to star as the lead of The Bachelorette, which was more than any other Bachelor or Bachelorette at the time. “The producers have completely changed the format this season in order to meet Emily’s demands,” a source told In Touch at the time. In Touch also reported that Emily was also specific about the type of men she wanted on her season. “She wanted only the best-looking, most mannered guys,” the source said. “She’s whittling it down to a handful of candidates who she will spend a lot more time with. If she doesn’t like a guy, he’s gone.”

Ashley Hebert, who was the season 7 Bachelorette in 2011, has had a lot of controversy around her Bachelorette salary. Us Weekly reported at that the time that Ashley made $30,000 for her time as the Bachelorette, which would’ve been $70,000 less than her peers at that time. Reality Steve, however, countered Us Weekly’s reporting and wrote in a blog post at the time that Ashley made around the standard $100,000. “I’m sorry, but Ashley would have to be the worst negotiator in the history of negotiations if she ever accepted that gig for $30k,” he wrote at the time.

What does Jesse Palmer make as The Bachelor host? 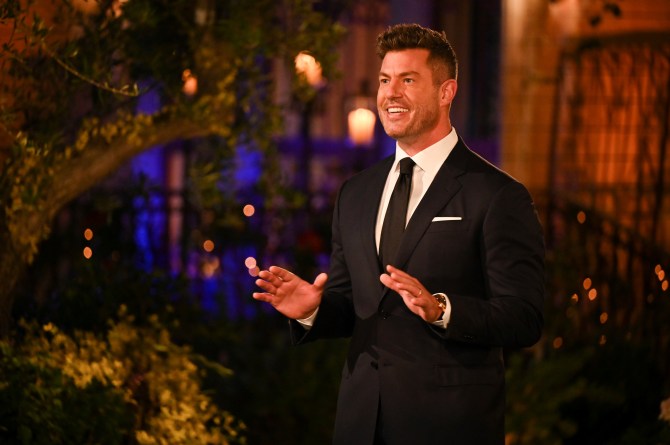 What did Jesse Palmer make as The Bachelor host? Jesse hosted his first Bachelor franchise show in 2022 with The Bachelor season 26 with Clayton Echard. According to Variety, Jesse was hired at the. time to host just one season of The Bachelor. “As of now, Palmer is officially signed on for season 26 of The Bachelor, which will air in 2022. However, insiders explain that the idea is for Palmer to continue with the franchise in the future, both on the flagship Bachelor and The Bachelorette, but nothing is set in stone—and the network has not renewed either series beyond their next upcoming seasons,” Variety reported. Jesse also went on to host The Bachelorette season 19 with Gabby Windey and Rachel Recchia, and Bachelor in Paradise season 8.

Though Jesse’s Bachelor host salary isn’t known, if he hosts as long as former host, Chris Harrison, he’s set to earn millions for the role. Chris, who hosted the Bachelor franchise from 2002 to 2021, made $8 million per year to host The Bachelor, The Bachelorette, Bachelor in Paradise and other Bachelor spinoff shows, according to Celebrity Net Worth. In 2011, TV Guide also reported that Chris $60,000 per episode as the Bachelor franchise’s host, which would’ve paid him around $2.28 million per Bachelor, Bachelorette and Bachelor in Paradise season.

Chris confirmed in June 2021 that he had retired as the Bachelor franchise’s host after 19 years. “I’ve had a truly incredible run as host of The Bachelor franchise and now I’m excited to start a new chapter,” he wrote in an Instagram post at the time. “I’m so grateful to Bachelor Nation for all of the memories we’ve made together. While my two-decade journey is wrapping up, the friendships I’ve made will last a lifetime.”

What is Jesse Palmer’s net worth?

What is Jesse Palmer’s net worth? Jesse’s net worth is $8 million, according to Celebrity Net Worth. Along with what he makes as the host of The Bachelor, Jesse Palmer’s net worth also includes what he made as the season 5 Bachelor, his salaries from the NFL and CFL teams like he New York Giants, the San Francisco 49ers and the Montreal Alouette, as well as what he’s made from his broadcasting career. After he retired from football in 2007, Jesse went on to pursue a broadcasting career. Since then, Jesse has worked with networks like Fox, NFL Network, ESPN, ABC and SEC Network. He’s also guest starred on Law & Order: Special Victims Unit and made guest appearances on shows like Recipe to Riches and Good Morning America, and hosted the Food Network’s Spring Baking Championship and Holiday Baking Championship.