As one of the final couples, fans want to know if Jeremy and Bailey are still together from Love Island US season 3 or whether their romance ended as fast as it started.

But before we reveal Jeremy and Bailey’s relationship now, let’s explain how Love Island works: Love Island, which originally premiered in the United Kingdom in 2005, starts with 10 or so singles who are invited to a villa on a tropical island with the hopes of finding love. Within seconds of meeting each other, the contestants are asked to couple up. As couples, the contestants are required to sleep in the same bed and complete challenges with each other. As the season continues, more contestants are invited to the villa, and islanders already there have to make a choice about whether to stay with their current partner or couple up with someone new.

Each week, there’s a re-coupling, and the contestants who aren’t in a couple are sent home. In the end, the public votes for their favorite couple among the finalists, and the winner receives a cash prize. On Love Island US, that prize is $100,000 However, the money doesn’t go to the couple as a whole. Instead, it goes to one person by random draw. That person must then decide whether to share the money with their partner or keep it for themselves. Love Island US premiered in July 2019. Season 3, which premiered in July 2021 and aired its finale on August 15, was filmed at a villa in Nīnole, Hawaii.

What was Jeremy and Bailey’s relationship like on Love Island US?

Jeremy Hershberg, a 27-year-old model and personal trainer from New York City, was one of 10 original contestants on Love Island US season 3. Throughout the season, Jeremy was coupled up with several women before he met Bailey: Trina, Aimee, Florita, Genevieve. His track record let one fan to tell him in a game that he seemed like the grim reaper of Love Island because almost every woman he coupled up with was sent home soon after. Jeremy met Bailey Marshall, a 23-year-old marketing intern from Portland, Oregon, in week five when she invited him on a date. Though there was a mini love triangle between Jeremy, Bailey and his friend, Korey, in the end, Jeremy and Bailey coupled up and stayed together until the Love Island finale. At the Love Island season 3 finale, host Arielle Vandenberg revealed that they came in third place. As one of the newer couples at the finale, fans want to know: Are Jeremy and Bailey still together after Love Island US season 3? Here’s what we know. 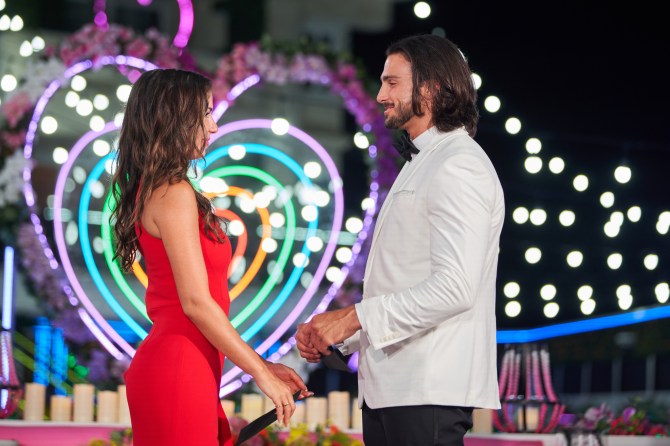 Are Jeremy and Bailey still together from Love Island US?

So…are Jeremy and Bailey still together from Love Island US season 3? The answer is yes. After the Love Island finale, Jeremy shared several videos of him and Bailey at the airport together. In one video posted by their Love Island co-star Charlie, Jeremy and Bailey could be seen sharing a kiss, which seemed to confirm that they plan to continue their romance outside of the villa. Bailey, for her part, also shared several videos of her and Jeremy at the airport post-Love Island, so it seems like they’re still together and going strong. 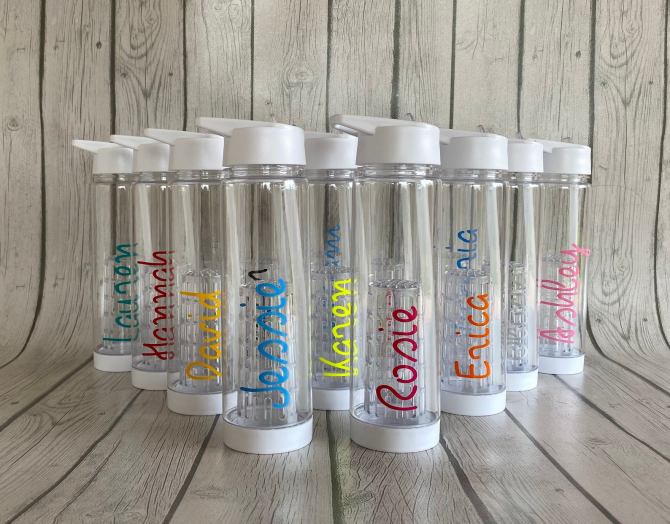 If you love Love Island, this Etsy Love Island water bottle is a must-have. The bottle looks identical to the one islanders drink from on the show. The handmade plastic bottle fills 25 fluid ounces of liquid and comes with the same features as the real Love Island water bottle: a twist-on top, a finger loop, a drinking pipe and a removable fruit infuser to add flavor to your water. But the best part of the bottle is that fans can customize it with their name in the same Love Island font on the show. Along with the usual Love Island blue, pink and orange, this bottle also offers 29 more colors, including red, yellow and teal, as well as special shades like metallic rose gold, rainbow and glitter Tiffany blue.