It’s only been a few months since This Is Us season three wrapped and we’re already clamoring for more. Following the news that season four returns on September 24, we’ve now learned Once Upon a Time alum Jennifer Morrison has joined This Is Us season four in a recurring role. But, uh, crucial question: Who exactly is Morrison playing? And how pivotal will she be to the season four storyline? Let’s start wildly guessing!

Morrison is going to add some serious dramatic chops to This Is Us season four, and we can’t wait. According to TVLine, Morrison was cast in a recurring role, meaning she will be seen in more than one episode. That’s good news because truly, Morrison is pretty damn magical to watch onscreen. She’s no stranger to dramas (see: House M.D., Star Trek) and has thrived there, while also bringing levity and sweetness to other roles she’s given. It seems like her resume is perfect for whatever character Dan Fogelman has created for This Is Us season four. According to sources for TVLine, Morrison will also have a “substantial” role on the show.

A substantial, recurring role on the biggest drama currently airing on television? In the hands of Morrison? Yes, yes and more yes. 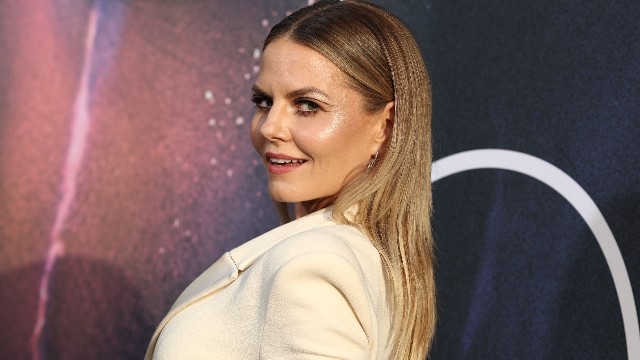 But who could Morrison be playing? No information has been shared specifically about Morrison’s character but we have a few ideas about who she could play. First off, there’s the question from the season three finale regarding the mother of Kevin’s young son, who appears during the Pearson family gathering. Season three saw Kevin getting more serious about becoming a da,  but his childhood sweetheart Sophie was engaged to another man. Is Kevin going to move on and find a new beginning with a woman played by Morrison?

Two other solid options include Morrison coming in to play the partner or love interest for adult Tess Pearson. Over the course of two seasons, we’ve seen Tess as an adult, with her younger storyline recently focused on her coming out. With the possibility of more flash-forwards to the future, Morrison could appear as Tess’s other half. Or perhaps Morrison is playing Rebecca Pearson’s sister and will appear is flashbacks. That’s certainly a substantial role whose presence (or absence) could send ripples through the Pearson family timelines.

There’s also the very, very good chance every guess here is wrong and Morrison will be coming onto the show in a completely new, unexpected role we never saw coming. Either way, count us all the way in on this casting decision.