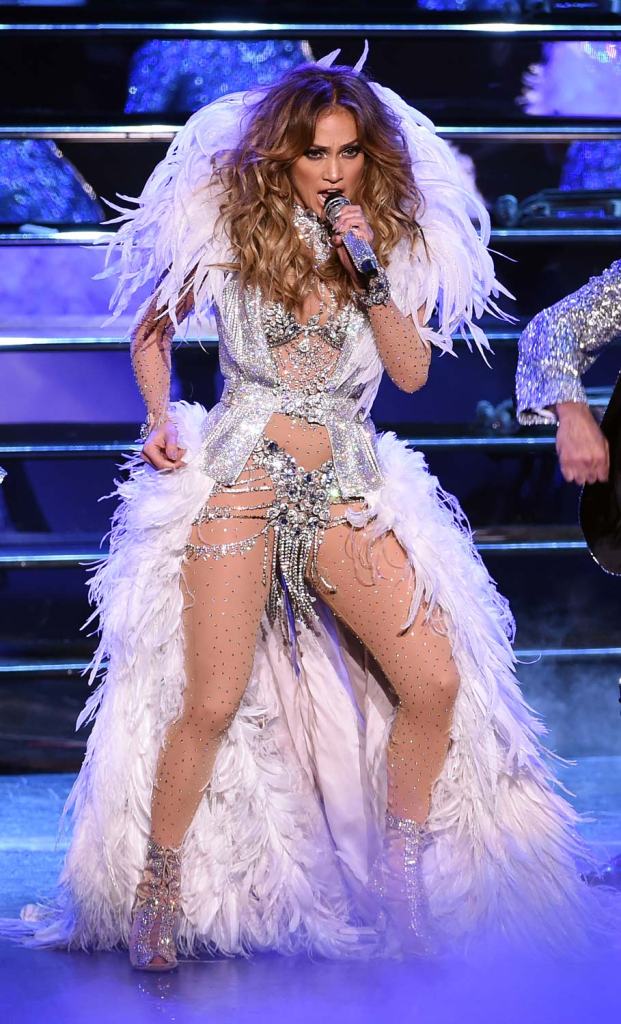 J.Lo outdid herself last night, kicking off her “All I Have” residency at Planet Hollywood in Las Vegas with a never-ending suite of insane outfits, including a Versace lineup weighed down with a whopping 260,000 Swarovski crystals. NBD.

Being J.Lo, no one should be surprised that the show was packed with a parade of costume changes, which included a Zuhair Murad crystal bikini set, backed by a dramatic, plume Versace cape (see above), a full-length Lilly e Violetta white fur coat, a sequin rainbow mini dress and thigh-high boots, and a particularly epic, rose-embroidered sheer bodysuit (see below.) For her second look, Lopez performed a burlesque number in a turquoise Zuhair Murad robe styled over a corset adorned in—you guessed it—more crystals.

Swarovski embellished some of Lopez’s Versace costumes with nearly 260,000 crystals, and the roster of outfits took more than two months and over 1,400 hours to make. A further 75,000 crystals were incorporated into the stage design, ’cause this girl clearly likes sparkle.

The only thing that could rival the singer’s insane concert costumes would be the celebrity turnout for her first night, which included Justin Bieber, Rebel Wilson, and Kelly Osbourne.

@hodakotb is the best @justinbieber photo bomber ever!