Is there anything Jennifer Lopez can’t do? Spoiler art: No. The answer is no.

Not only is J. Lo an award-winning singer, an incredible dancer and the star of some of our favorite guilty pleasure films (Maid in Manhattan, anyone?), but she’s also an incredible stylist. Seriously, every outfit she’s worn over the past few weeks has been straight-up fire.

And though she’s no stranger to the spotlight, the paparazzi never seem to catch her looking less than fabulous. Seriously, what kind of sorcery is that? Maybe Lopez can add “sartorial magician” to her resume, as well.

The most exciting part about J. Lo’s ever-evolving wardrobe? She never sticks to one style. Instead of having a go-to paparazzi-approved uniform, Lopez is wearing stilettos and a gown one day and comfy-cute athleisure the next. The variety just makes her killing styling skills even more impressive.

Below, check out some of the most stylish ensembles Lopez has worn since her birthday over the past few weeks. If these don’t inspire some serious wardrobe envy, I don’t know what will. 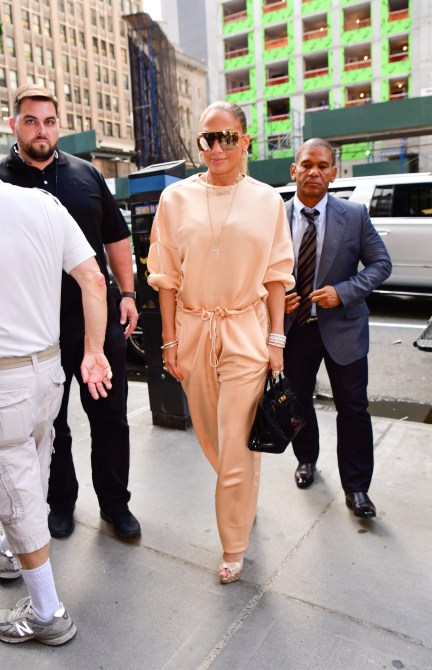 (Before we go in on this outfit, we’d like to formally apologize for naming these looks. It just felt right.)

Is this a jumpsuit? A tracksuit? Did she pair it with heels? And did Kanye West make those sunglasses? We can’t answer any of those questions—except yes, whatever it is, she definitely paired it with heels.

All we know for sure is that J. Lo looked fire in this peach-toned, monochromatic ensemble. And what better way to balance out a baggy fit and some chunky glasses than with a sleek, slicked-back ponytail? That’s right: There is no better way. 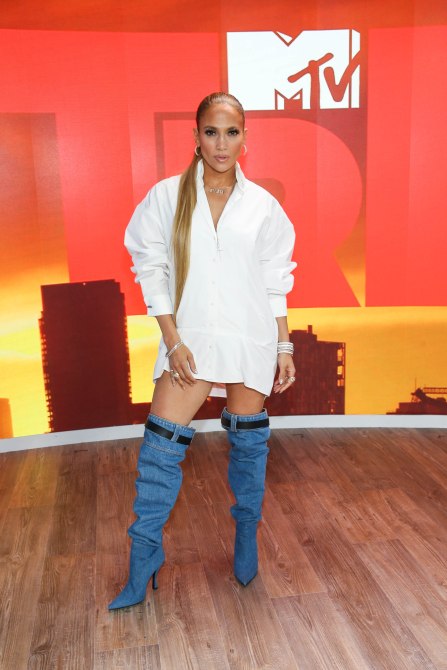 On July 31, Lopez received the Michael Jackson Video Vanguard Award at MTV Studios, wearing an outfit that all but screams Risky Business. But what’s sexier than wearing nothing but an oversized oxford? Pairing an oversized oxford with sky-high, belted denim boots. We weren’t aware that that’s what this outfit needed—until J. Lo wore it, of course. 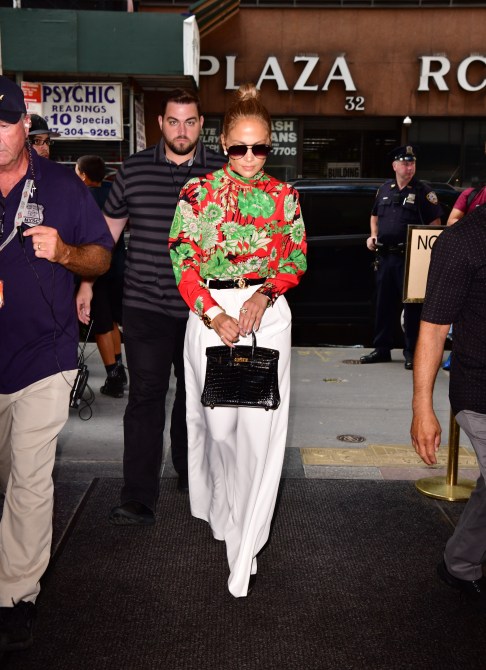 Though she clearly visited NBC Studios on business last week, Lopez looked like she’d just stepped off a yacht in Mallorca. The bright, saturated tones in her floral blouse really pop against a pair of flowy white pants, and obviously there’s no better way to accessorize the fit (correction: any fit) than with a Chanel belt and coordinating black Hermès Birkin.

August 4: Another Day, Another Birkin 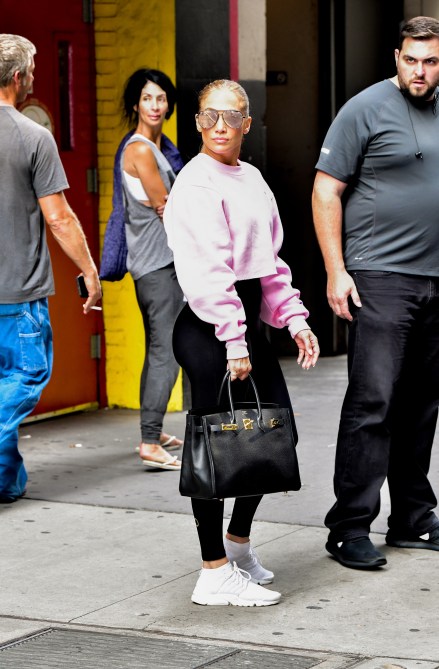 Here’s that athleisure we told you about. Nobody can pull off leggings and a crew neck better than J. Lo, and it looks like she knows it. That pastel pink sweatshirt totally pops against her olive-toned skin, and she somehow manages to look fit AF, even in such a boxy cut. Also, we’d never hit the gym without a Birkin in hand. Ever.