Jennifer Lopez has never been nominated for an Academy Award, but she knows how to work the red carpet. The singer and actress has been to several Oscars, and, despite never snagging a nomination, stunned the hell out of us all with her incredible ensembles. It comes as no surprise, then, that Jennifer Lopez’s 2019 Oscars look was absolutely beautiful. J.Lo wore a mesmerizing long-sleeve gold mirror gown on the red carpet, and we’ve suddenly stopped questioning why she’s even there.

When Jennifer Lopez arrived at the Academy Awards, we knew she’d be wearing something drop-dead gorgeous. We were not wrong. The singer’s Tom Ford dress was equal parts ridiculously beautiful, ridiculously sexy and ridiculously eye-catching. Now that’s a killer combo if we’ve ever seen one. 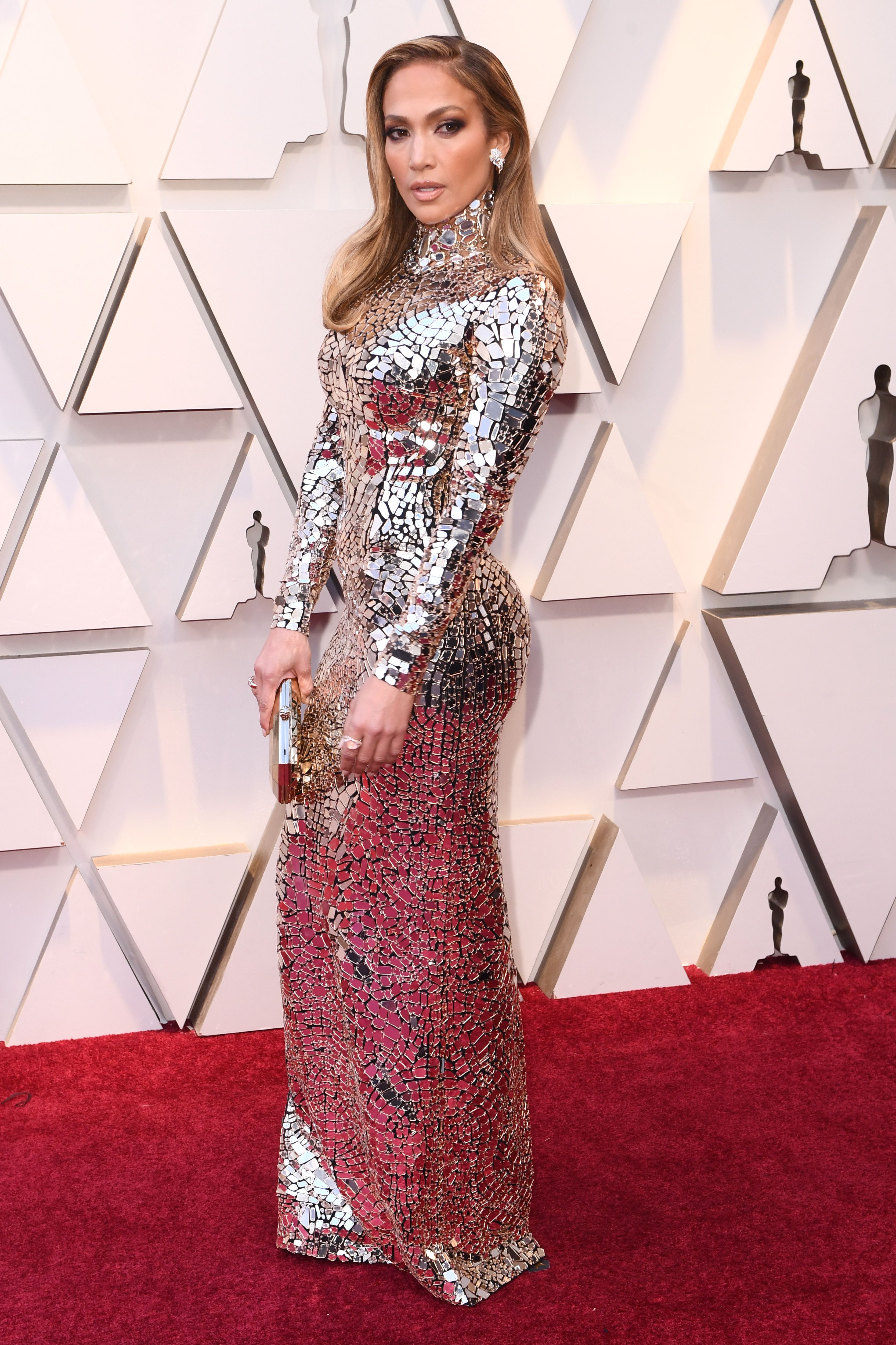 J.Lo’s hair was as sleek as her look. She wore a deep side part, leaving her hair straightened with just a hint of curl on the ends. She juxtaposed this classic, old Hollywood glamour hairstyle with fashion-forward makeup—a super dark smokey eye, nude lip and ever-so-slightly contoured cheeks. As if that weren’t enough, the singer and actress finished off her look with jewelry that matched her oh-so stunning mirror mosaic gown—adding the cherry on top of a sartorial sundae.

Although Lopez’s most recent film, Second Act, didn’t get rave reviews, we love her just the same. After all, she totally killed it during her 2019 Grammys performance. You can’t win ’em all, I guess. But, as a presenter at the 2019 Oscars, J.Lo comes pretty damn close—even if her recent acting project wasn’t as successful as she hoped. We’ve come to accept Jennifer Lopez as a modern day super hero. She’s not perfect, but have you seen the way she dances? That girl could definitely fight off some bad guys.