When you’re making headlines as often as J-Lo, it only makes sense to make some serious dough at the same time—and Jennifer Lopez’s net worth proves that the multi-hyphenate star knows exactly how to make that happen.

Воrn Јеnnіfеr Lуnn Lореz tо Puerto Rican parents Dаvіd Lореz аnd Guаdаluре “Lupe” Rоdrіquеz, J-Lo was raised in the Castle Hill section of the Bronx, New York. The native Bronxite was the middle child: She has an older sister, Leslie, and a younger sister, Lynda. As a kid, J-Lo was raised in a devoutly Catholic household. Ѕhе attended ѕеvеrаl Саthоlіс ѕсhооlѕ bеfоrе ѕеttlіng at Рrеѕtоn Ніgh Ѕсhооl in Throgs Neck. It was there that J-Lo got her first taste for performance, starring in a high school production of Godspell before graduating in 1987. She went on to enroll at Ваruсh Соllеgе, but drорреd оut јuѕt аftеr оnе ѕеmеѕtеr tо рurѕuе hеr drеаm саrееr of becoming а dancer and actress. Her parents, for their part, did not approve of J-Lo’s decision and she was forced to leave home following their scrutiny.

Lopez’s first professional gig was a five-month tour of Europe with the musical revue show Golden Musicals of Broadway in 1989. She was the only member of the chorus who did not perform a solo, an experience she later described as a watershed moment in her life that taught her the importance of having thick skin in the industry. 1990, she left the musical revue to tour Japan for four months as a chorus member in Synchronicity, and she also appeared on an episode of Yo! MTV Raps that year. 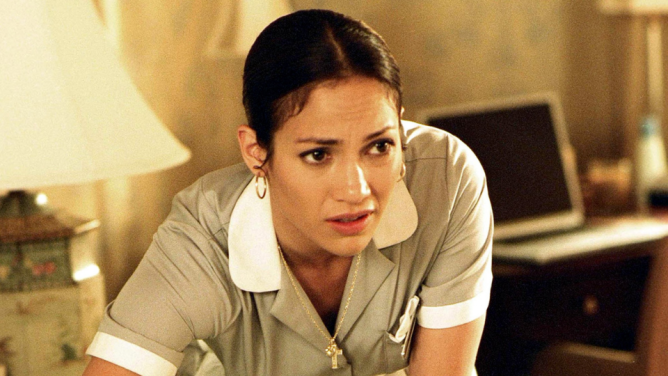 When she returned to the U.S., J-Lo landed another gig as a backup dancer for the New Kids on the Block’s performance of “Games” at the 1991 American Music Awards. She went on to tour the country with regional productions of the musicals Jesus Christ Superstar and Oklahoma! This was also the time period in which Lopez appeared in several music videos, including Doug E. Fresh’s “Summertime,” EPMD’s “Rampage” and Richard Rogers’ “Can’t Stop Loving You.”

As a professional dancer, Lopez’s most well-known role was as a Fly Girl on the sketch comedy television series In Living Color, in which rubbed shoulders with stars Jamie Foxx and Jim Carrey. She relocated to Los Angeles in late 1991 in order to take the job, working on In Living Color during the day and attending acting workshops at night. The Fly Girls were considered for signing by the head of Virgin Records as a girl group to compete with the Spice Girls, but the deal fell through. When Lopez finished her run as a Fly Girl in In Living Color’s third and fourth seasons, she left the show to work as a backup dancer for Janet Jackson. She also participated in the music video for Janet Jackson’s hit song “That’s the Way Love Goes.” She had been set to tour with Jackson on her Janet World Tour in late 1993, but she decided to continue pursuing a solo career in the film and TV industry instead. 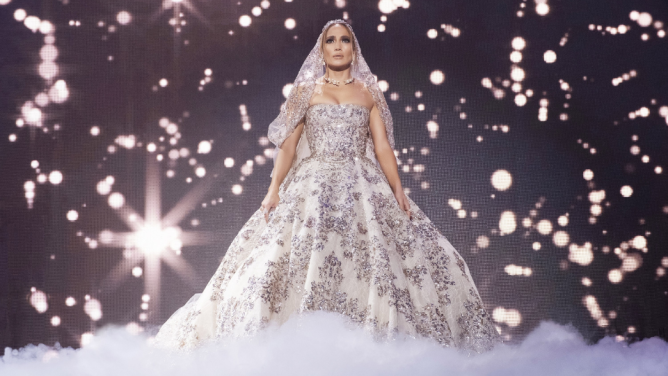 Lopez’s first professional acting job was a modest recurring role on the 1994 television show South Central. She has since gone on to star in several notable films, including 1997’s Anaconda, 2001’s The Wedding Planner, 2002’s Maid in Manhattan, 2005’s Monster-in-Law and 2019’s critically-acclaimed blockbuster, Hustlers. On television, Lopez has also starred in the police drama series Shades of Blue, which ran from 2016 to 2018. One of her most recent efforts, of course, is 2022’s Marry Me. In the film, Lopez plays pop diva Kat Valdez, who discovers her fiancé (played by Maluma) is cheating on her. Desperate to get back at him, Lopez decides to marry a man she meets in the audience of one of her concerts, played by actor Owen Wilson.

Now that we’ve taken a look at her stacked career up until this point, it’s time to take a look at Jennifer Lopez’s net worth. For everything we know about Lopez’s net worth—from how much money she makes compared to Ben Affleck, to her salary for movies like Selena—just keep on reading below.

How much does Jennifer Lopez earn from her music career?

Ever since breaking onto the scene in ’90s, J-Lo has released a total of eight studio albums and sold over 80 million records worldwide. She’s also embarked on four concert tours and two residencies over the course of her career. These include her On the 6 tour, for which she earned a reported $765,000, and her Dance Again world tour in 2012, which saw her earning over $50 million, according to Money Nation. Meanwhile, her three-year residency at the Planet Hollywood Resort & Casino in Las Vegas raked in more than $100 million in ticket sales, as per People. According to Wealthy Genius, all of these and more have allowed Jenny from the Block to earn an estimated $95 million from her music career alone.

How much was Jennifer Lopez’s Selena salary? 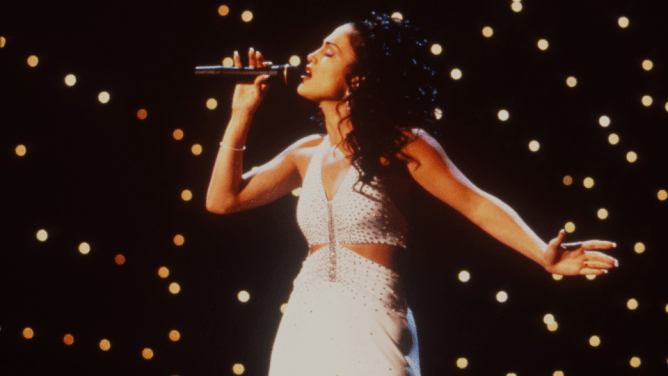 J-Lo got her big break in 1997 after she landed the starring role of Tejana singer, Selena Quintanilla-Perez, in her eponymous film. According to IMDb, this role earned the multi-hyphenate star an estimated $1 million. Since then, Lopez has starred in a number of blockbuster films—like the aforementioned Hustlers, The Wedding Planner, Maid in Manhattan and many more—earning her over $9 million per role. While her salary for 2022’s Marry Me is unknown, it likely falls well above this figure after Lopez’s years in the industry.

In addition to her film career, Lopez has branched out into television as a judge on several reality competition shows like American Idol and World of Dance. According to Forbes, J-Lo made anywhere between $12 and $20 million per season on American Idol.

How much was Jennifer Lopez paid for the Super Bowl Halftime Show?

So, how much did J-Lo make for her legendary performance during the 2020 Super Bowl LIV Halftime show with Shakira? As it turns out, the National Football League doesn’t actually pay artists for performing during the halftime show—so Lopez didn’t earn a dime. A spokesperson for the NFL told Forbes in 2016, “We do not pay the artists. We cover expenses and production costs.” Instead, the NFL considers the halftime show as free advertising for artists, as they can expect to see extra sales and streams following their performance.

So, what’s J-Lo’s net worth? As of 2022, Јеnnіfеr Lореz’s nеt wоrth is estimated to be anywhere between $400 and $450 mіllіоn. Ѕhе еаrnѕ an estimated $40 mіllіоn per year, according to Celebrity Net Worth. By comparison, Lopez’s beau Ben Affleck‘s net worth is a reported $150 million as of 2022. Her ex-fiancé Alex Rodriguez earns a reported $350 million—amounting to $100 million less than his ex. 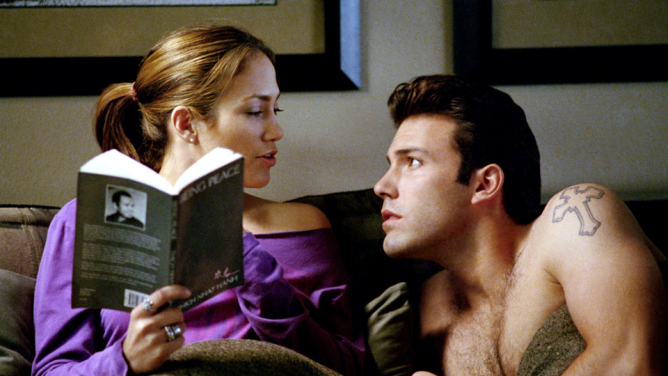 Always a “hustler,” Lopez’s net worth was amassed not only from her lucrative entertainment career, but also from her many beauty and fashion ventures throughout the years. These include her own fragrance collection, her Inglot Cosmetics makeup line and her own skincare brand. In 2018, Lopez’s makeup line was projected to generate $15 million in retail sales in its first three months alone, whereas her fragrance sales have exceeded $2 billion in sales since their launch.

In an interview with Adweek in 2021, J-Lo opened up about what it was like to build her brand. “There’s only one me,” she said. “I am the scarce asset — somebody who is a proven creator, artist and entrepreneur who has an ability to really connect with people. I cherish it and try to use it in the best way that I always can.” During her talk with The Wing in 2019, J-Lo also recalled the start of her career and how she was “at odds” wit her mother because of her passion for dance. She was like, ‘Enough with the dancing stuff. You’re crazy. Go to college,'” she recalled. J-Lo, who dropped out of college because she had “a lot of stuff going on,” opened up about how she made it work. “How do I pay the rent? Where am I going to live? What am I going to do? Out of that necessity, you figure it out. You have to just do it,” she said.

She also revealed that her advice for others is to go “out every day and do what you do and find a path in.” She credited her success to being “tenacious” and working “hard enough” for others to recognize her talent. “That’s what I had to create,” she said. “I had to create the life that I wanted to live.”