This year’s It-couple is shaping up to be the one and only J-Rod. (A-Lo?) Well, whatever we’re calling them, the happy couple is newly engaged, and the world cannot wait for Jennifer Lopez and Alex Rodriguez’s wedding date announcement. But here’s the thing—Lopez wants to make it clear that she and Rodriguez just got engaged and (unfortunately for us fans) have not started wedding planning. To be fair, she and Rodriguez have been very busy, so jumping right back into work after the engagement does make sense.

During an interview with WKTU’s Cubby & Carolina in the Morning, J-Lo explained why she and her former Yankee slugger fiancé have put the wedding on the back-burner—just for now. “We haven’t started planning yet. You know, we just got engaged! Then right afterwards we started working right away, and we’re working the rest of the year, so I don’t know what’s going to happen,” she said. “We haven’t decided if we’re going to squeeze it in somewhere or we’re going to wait, so, you know. I really don’t know yet. It’s easy, I’m not lying right now!”

The couple got engaged on March 9 and announced their upcoming nuptials with some pretty stunning photos from their romantic getaway. The 39-year-old singer was apparently, completely surprised by the proposal, a source told People magazine back when the news broke. “Jennifer is ecstatic and so are their families and friends. Very few people knew Alex planned on proposing. It was very much a surprise for Jennifer,” the source said. “It was just how Alex wanted it.”

Another insider said that although the couple hasn’t officially begun planning, their four children will “definitely” be involved in the wedding. Lopez and her ex-husband Marc Anthony have two children—Maximillian “Max” David and Emme Maribel are 11-year-old twins. Rodriguez has two daughters of his own with his ex-wife Cynthia Scurtis. Their daughter are 10-year-old Ella and 14-year-old Natasha. Their nuptials will surely be a blast with all the kids involved.

On March 30, Rodriguez shared a sweet selfie of his future wife and some of the kids with friends. So sweet!

J-Lo hasn’t missed a beat since the engagement. She’s been *hustling* to release new music and is also in the middle of filming an exciting new movie, Hustlers, with Constance Wu and Cardi B. The movie is a stripper revenge drama in which Lopez plays a character out of her comfort zone. She explained that Rodriguez has been nothing but supportive.

“He knows I’m a serious actor,” Lopez said. “He sees the bravery in what I’m doing [for Hustlers].” Here she is learning lines as she heads to set. 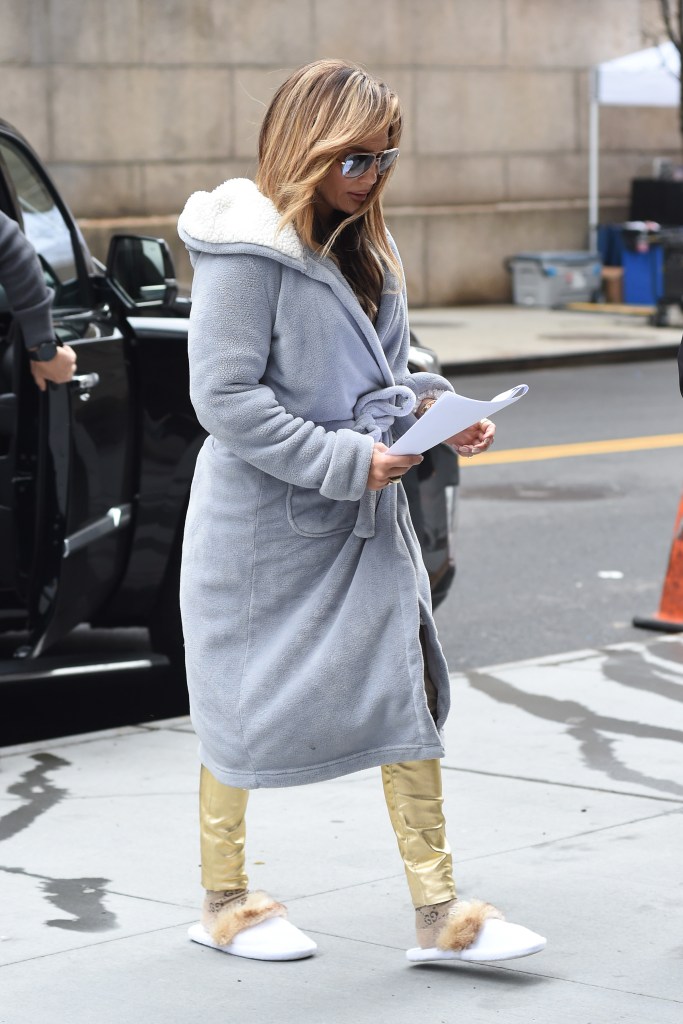 The “Dinero” singer also just released her new single, “Medicine” this week. And not only did she drop a single, she paired it with the classiest carnival-themed music video. Of course, her famous derrière is put on display because, why not? If you’ve got it, flaunt it.

Wedding bells are ringing but they’re being drowned out by J-Lo’s killer vocals and hot dance moves. Oh well, we’ll just have to wait for the most epic wedding to take form. In the meantime, we’ll continue fan-girling over J-Lo and A-Rod’s adorable Instagrams of each other.