It’s her party! Jennifer Lopez’s 50th birthday party photos are golden and glorious, and we so wish we were there. In case you haven’t caught on, Jenny from the block turned 50 on July 24th, and she celebrated in the most epic way. Lopez spent her grand day in Miami with her fiancé Alex Rodriguez, and a few of her close friends. DJ Khaled, Ashanti, and Fat Joe were just a few of the famous faces that joined J.Lo and A-Rod at Gloria Estefan’s estate for her massive soiree.

There was a ton of dancing and major PDA between Lopez and her hunny. The party came after the former New York Yankee shared the most loving and romantic post on his Instagram account for J.Lo. He said in part, “[You’re] the best partner in life, the best daughter, the best mother [and] the best performer. We love you.” However, the beautiful video isn’t the only gift J.Lo received from her soon-to-be husband. A.Rod also gifted her with a $187,000 cherry red 2019 Porsche 911 GT3.

But back to Lopez’s soiree. The Hustlers actress showed up to the party in a gold Versace gown, gold platform shoes, massive hoop earrings and a big smile on her face.  In addition to the love, dancing, and musical performances–there was also a humongous 10-tier gold and black cake, which was adorned with white orchids and sparklers! 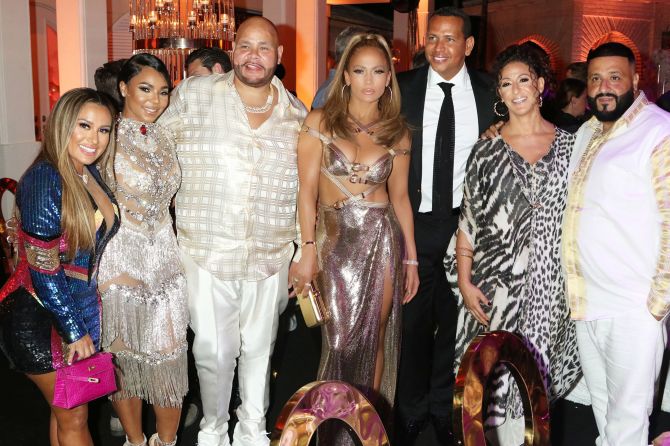 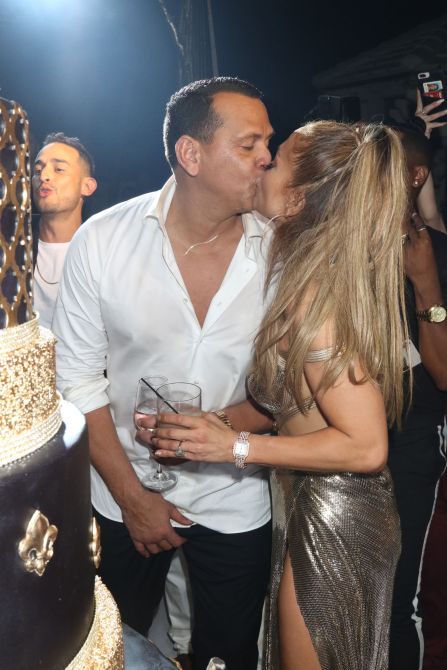 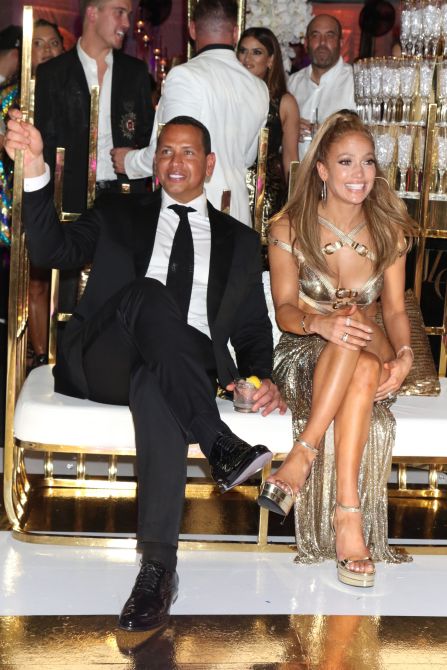 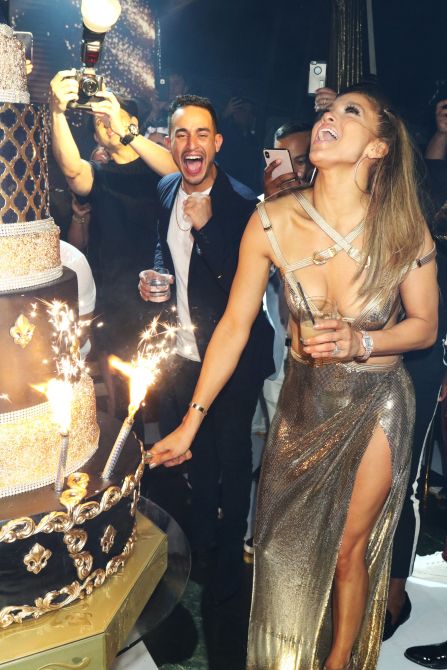 The night ended in a splash of fireworks. What an epic way to celebrate life and the fact that J.Lo has clearly found the fountain of youth.

Yes, that's right: This photo was taken in 1992. As in, 25 years ago. But it basically could've been taken yesterday.

At the premiere of My Family in Hollywood.

1999
At FHM's Sexiest Woman of the Year awards, looking mighty pleased with herself.

Performing in Barcelona, showing off her signature washboard abs.

2004
At the Man on Fire premiere at Mann's National Theater in Westwood, California.

2005
At the NRJ Music Awards at the Palais des Festivals in Cannes, France, wearing an outfit that can only be described as J.Lo-chic.

At a fashion event in Tokyo, looking younger than ever.

Onstage and killing it in Uncasville, Connecticut.

With sleek hair and a plunging neckline at the Vanity Fair Oscar Party, this could be J.Lo circa 2002—or 1992, for that matter.

2013
At the Golden Globes, looking every bit the movie star.

At an American Idol panel discussion, looking polished and chic.

She's seriously about to hit 50 and looks like this.