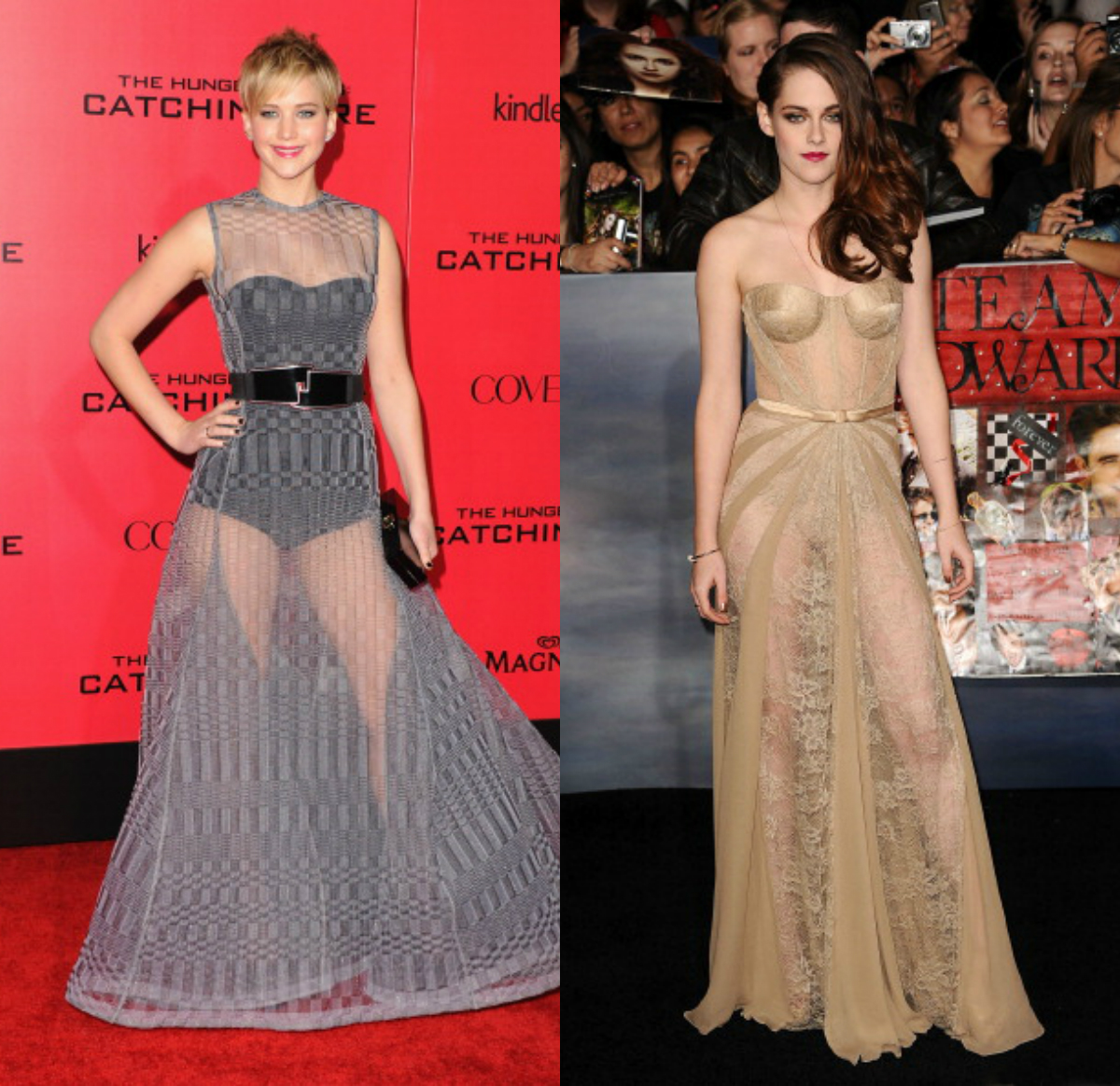 Jennifer Lawrence wowed on the red carpet last night when she wore a sheer Dior gown at the Los Angeles premiere of her new movie “The Hunger Games: Catching Fire.” The stunning floor-length gown showed off JLaw’s curves, and highlighted her high-fashion sensibilities (she’s been basically drowning in Dior lately, as she’s one of the brand’s celebrity faces — rough life).

However, did nobody realize that the Dior gown was basically the same exact attention-grabbing style that Kristen Stewart rocked last November at the premiere of “Twilight: Breaking Dawn Part 2”?

Stewart’s sheer nude lace Zuhair Murad gown created tons of buzz when it was debuted—the tomboy-ish start rarely wore such sexy dresses, not to mention she was in the midst of a cheating scandal), so we can’t help but be kind of shocked that Lawrence’s camp would suggest she wear something so similar—high-waist undies and all—especially when “The Hunger Games” inherently draws so much comparison to “Twilight.”

Naturally, the one question that remains is: Who wore it better? Did you prefer Kristen or Jennifer’s sheer gown? Weigh in below!