One of last night’s big losers on the red carpet was Jennifer Lawrence, whose lumpy Dior gown became a meme basically less than 15 minutes after it hit the carpet. The high-fashion look simply did not translate to the red carpet, and beyond that–it was so hilariously ill-fitting that it was essentially meant to be fodder for an Internet meme. And that’s just what happened

MORE: A Ranked Guide to the Globes Gowns

People went crazy over the dress online, recreating the look by wearing a set of white bedsheets and belting it in two places. Even prominent blogger Bryanboy got in on the joke; he posted his version of the look to Instagram with the caption, “I love my new Dior dress!!!” And we don’t hate it. 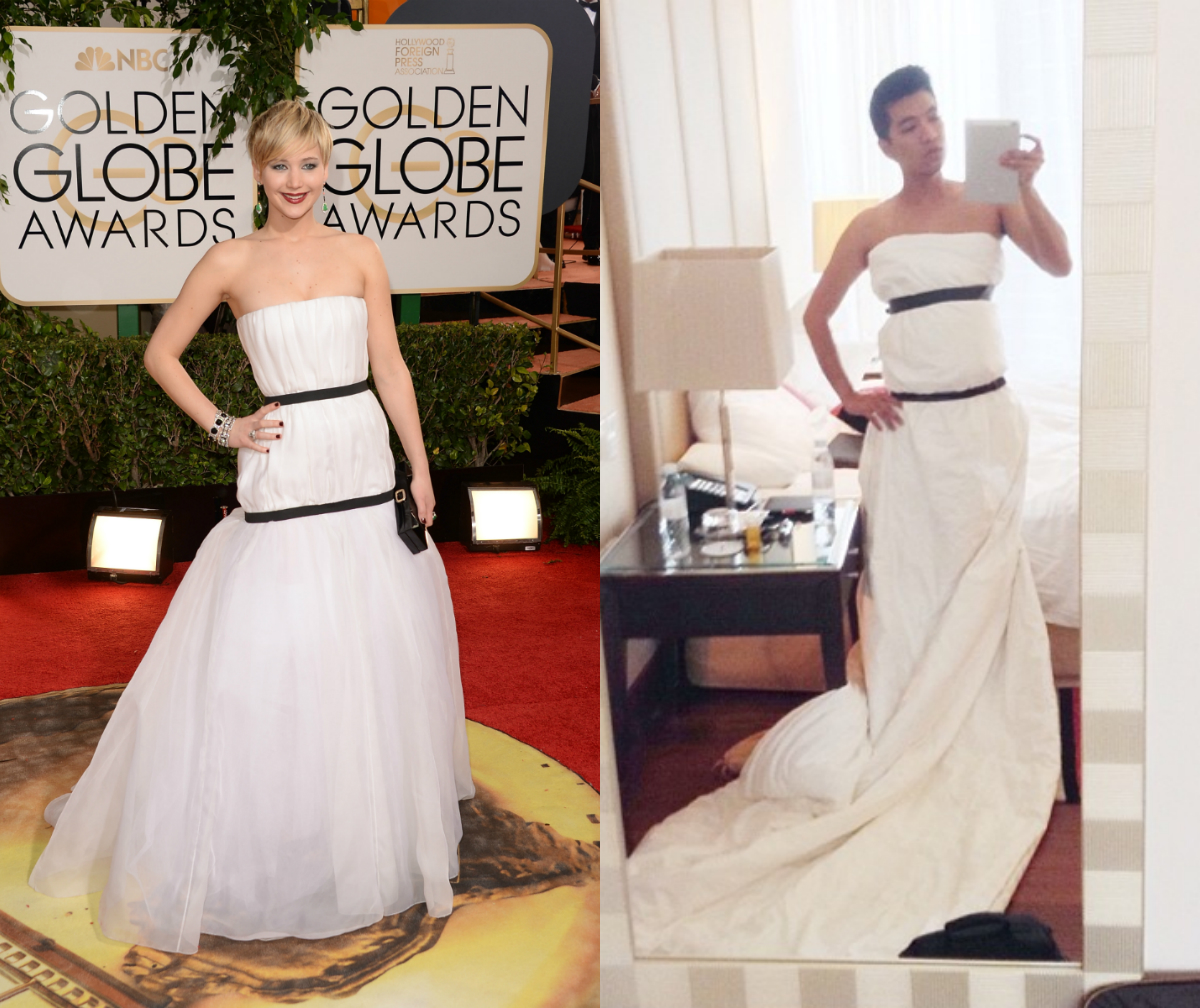 And there were more. 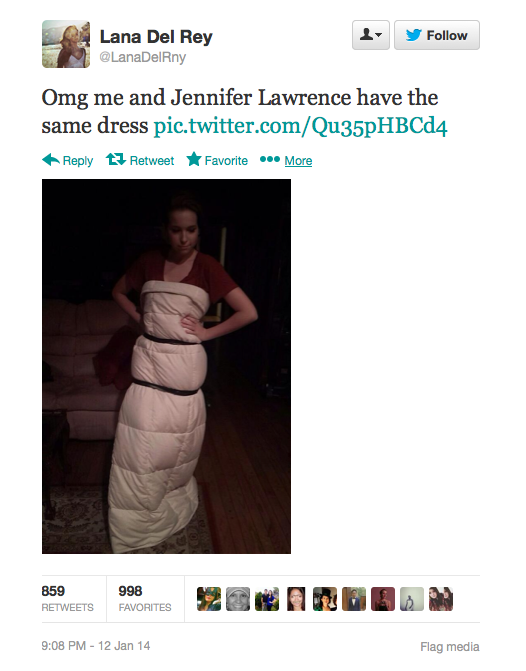 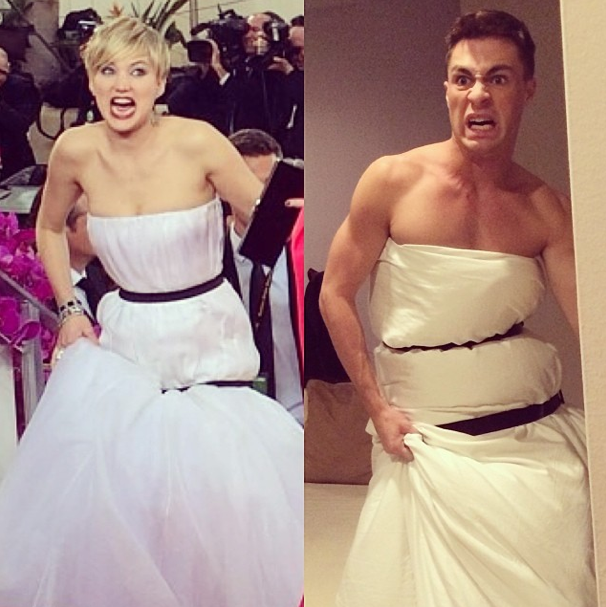 Hysterical. How would you re-create J. Law’s look? Sound off below!