J-Law’s unfiltered, NSFW personality is what makes her fresh and, as parodied on “Saturday Night Live,” relatable. Derpy red carpet faces, pizza cravings, and ugly-laugh-worthy sex stories are never too far from the Oscar winner and are actually things we practically expect from her interviews. Check out the most outrageous, NSFW things Lawrence has ever said. Start blushing yet? 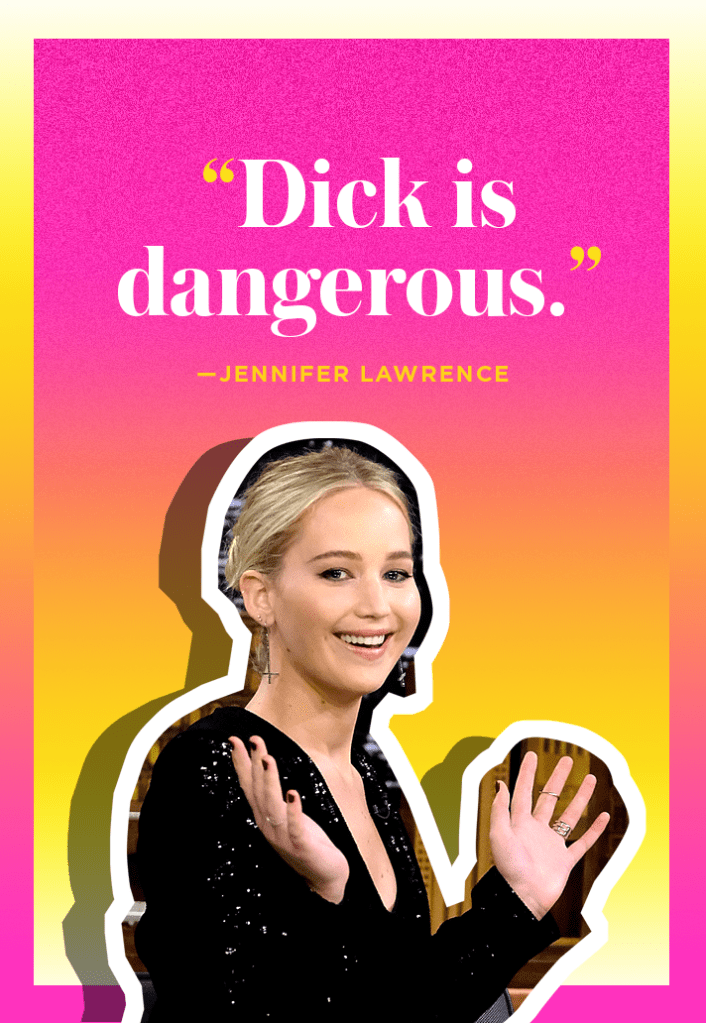 “I always talk like I want dick, but the truth is when I look back at my sexual past, it was always with boyfriends. I talk like I like it, but I don’t really do it.” (Howard Stern)

“I just went to the doctor today, I got a chest X-ray of my lungs and discovered that my breasts are uneven.” (“Jimmy Kimmel Live”)

“If I don’t have anything to do all day, I might not even put my pants on.” (Glamour) 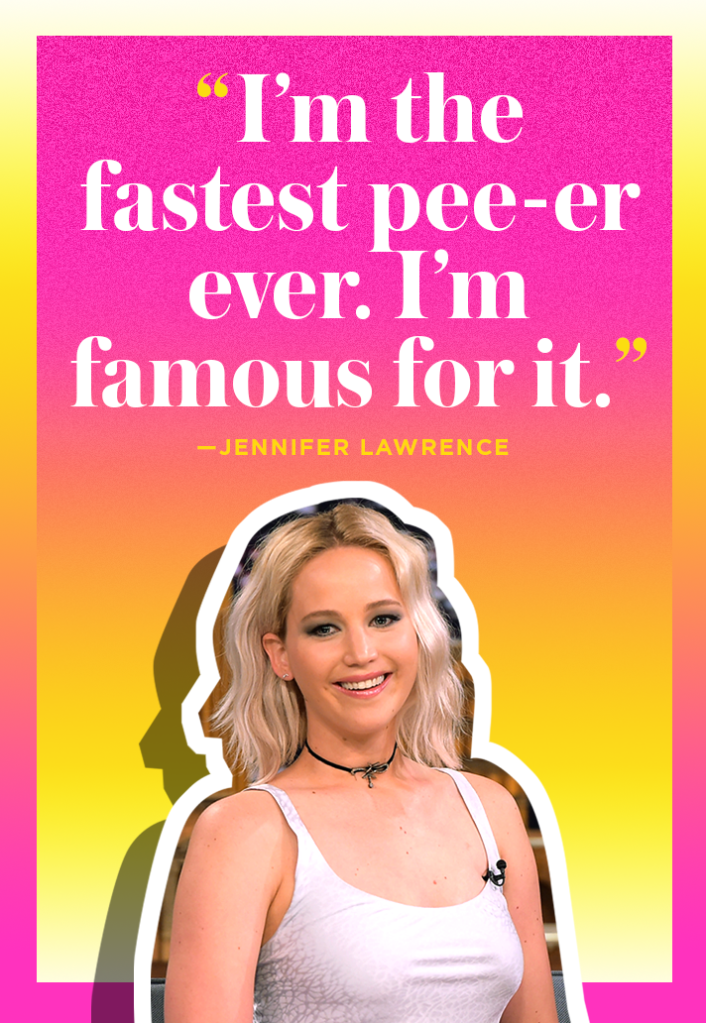 “I am mostly also a germaphobe. I have made it this far without an STI. Dick is dangerous.” (Howard Stern)

“As soon as somebody farts around me, I think it’s hilarious. This is something my brothers did that now the boys at work are obsessed with. You cup it, and then you throw it in someone’s face and say, ‘Take a bite out of that cheeseburger!'” (Entertainment Weekly)

“I’m the fastest pee-er ever. I’m famous for it.” (Rolling Stone)

“I was surprised at how little camel toe problem there was. I was expecting a lot more.” — on wearing a wetsuit in “The Hunger Games: Catching Fire.” (“E! News“) 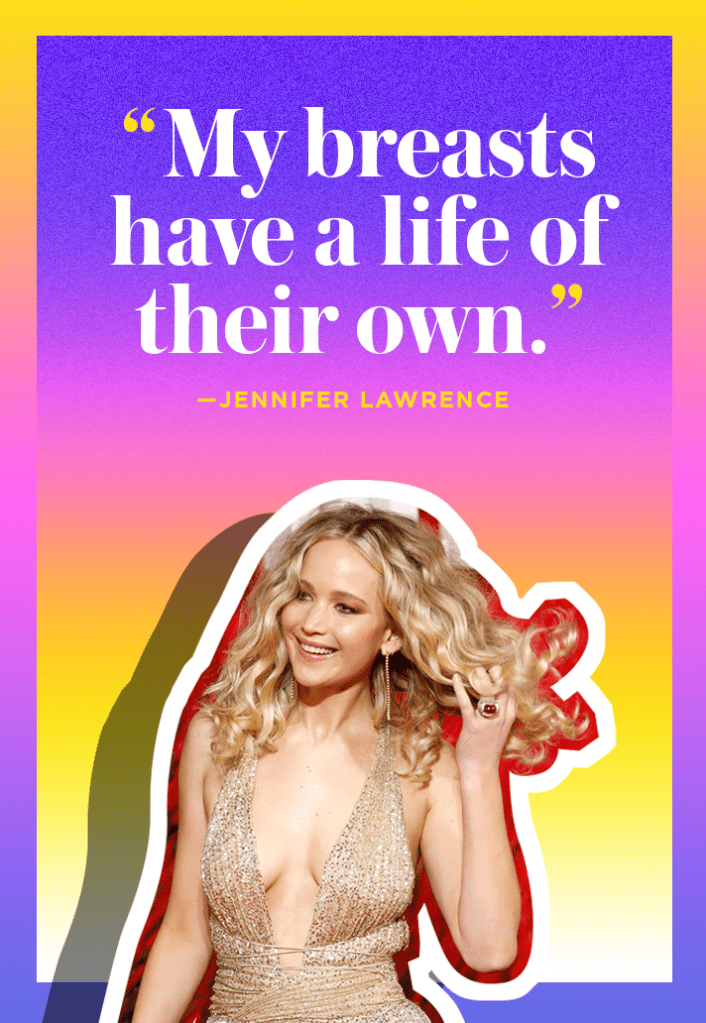 “Backstage, I just peed like every three seconds. I think your staff thinks I have diarrhea.” (“Chelsea Lately“)

“John Stamos. He was at a party, and I turned into a perverted guy. I was like following him into rooms and staring at his ass.” (“Conan O’Brien“)

“Now you can maybe look at my armpit vagina. All these cameras, it’s horrible!” — on wearing a form-fitting dress at the 2014 SAG awards. (“E! News“)

“You can only shit your pants so many times a day before you have to go to the emergency room.” (“Late Show with David Letterman“)

“I think people are fascinated with breasts that bounce. They are so used to seeing [fake ones]. People are confused [that mine bounce]! My breasts have a life of their own.” (Heatworld)

“There’s this big fancy party, this Guy Oseary and Madonna party. If you get invited, you’re, like, super important. And I puked on his porch. I was in such bad condition and I look behind me and Miley Cyrus is looking at me like, ‘Get it together!'” (“Late Night with Seth Meyers“)

“Cheers to my hymen growing back!” (Vogue)