After what seems like an eternity of wearing nothing but Dior gowns on the red carpet, Jennifer Lawrence has reportedly renewed her contract with the French label in what Page Six is reporting to be a “multi-million dollar” negotiation. The actual numbers: Lawrence’s contract will continue for another three years and is worth somewhere in the range of $15 to $20 million.

MORE: 15 Reasons Why J. Law Looks Different in Every Photo

Our response to this news: Meh. From last year’s Oscars—she famously took a spill walking up the stairs to receive her trophy—until this year’s Golden Globes—when her straight-off-the-runway gown became an Internet meme instantly after she debuted it—Lawrence seems to have worn different versions of essentially the same dress over and over again. And no matter how you feel about her public persona, her performance in “American Hustle” is  obviously noteworthy, so we were hoping she would branch away from her Dior contract and start wearing some more, well, interesting looks.

And we’d posit that we’re not the only ones who think so: Lawrence herself has, on occasion, appeared incredibly uncomfortable in her Dior outfits; and she has openly discussed how photoshopped she looks in the Dior ad campaigns. “That doesn’t look like me at all,” she said on the Oscars red carpet when she saw the first image from her Dior campaign. “I love Photoshop more than anything in the world. People don’t look like that.”

What do you think of the alleged J. Law x Dior continuation? Sound off in the comments below! 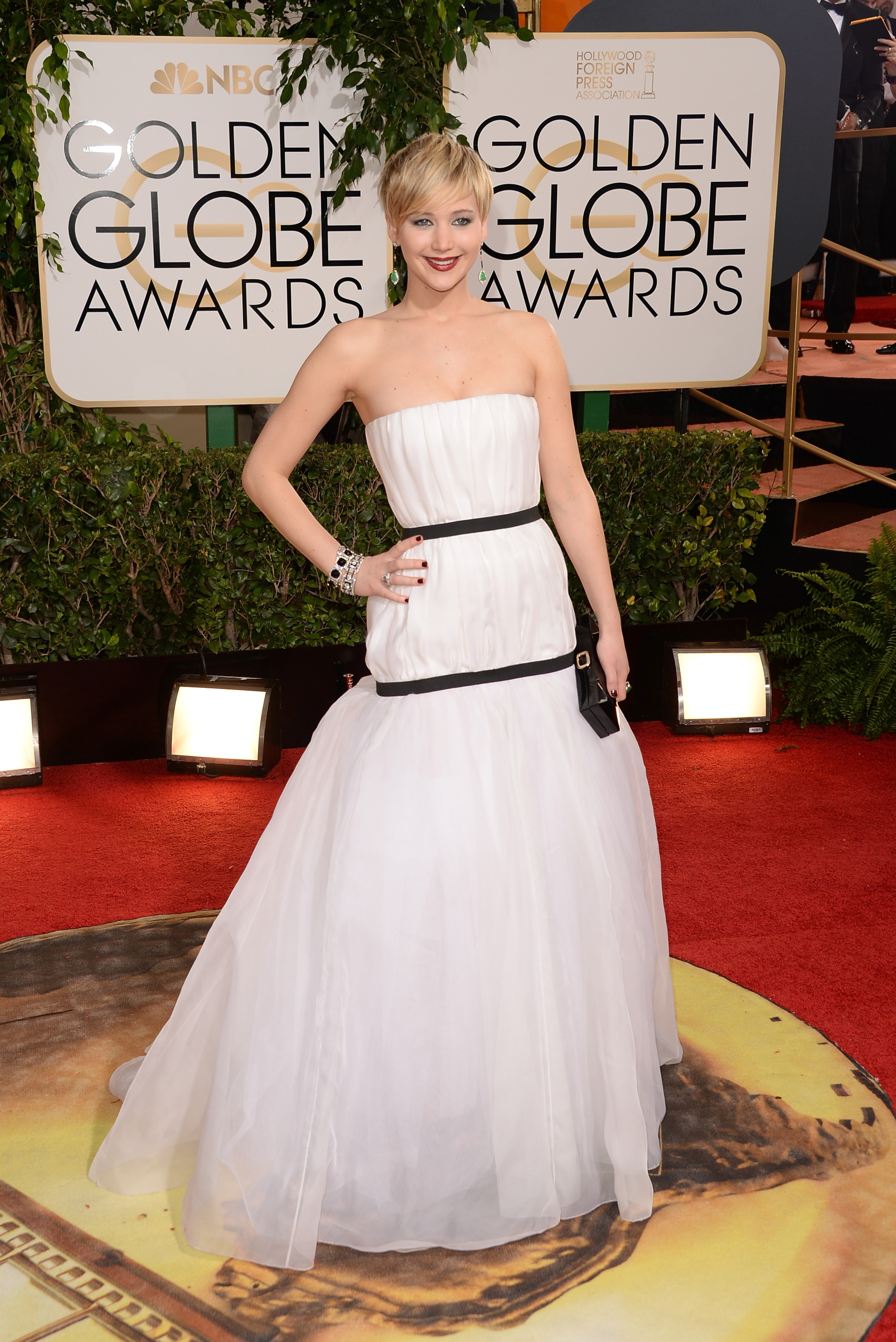