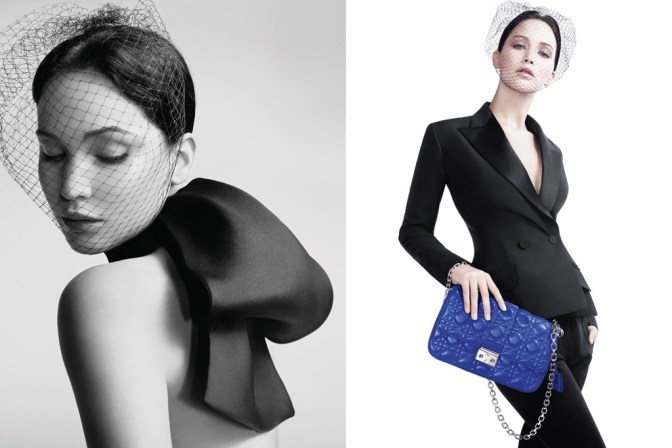 Last Thursday, images of Jennifer Lawrence‘s first campaign for Dior hit the internet, and although we’ve been particularly fond of Lawrence’s red carpet appearances in label during awards season, the images left a lot to be desired. Firstly, we’re still a bit baffled by Dior’s casting choice—again, Raf Simons‘ couture creations do suit the recent Oscar winner, but her typically everygirl nature doesn’t exactly scream “Dior!” Secondly, the photos look nothing like her.

Now, it seems Lawrence wants us all to know that the Dior images are as much a surprise to her as they are to us. Never one to refrain from giving her opinion, Lawrence told “Access Hollywood” “Oh my god, I haven’t seen this. That doesn’t look like me at all. I love Photoshop more than anything in the world. Of course it’s Photoshop, people don’t look like that.”

Good for her that she’s so willing to admit that she was technologically altered—so many actresses refuse to comment on their nipped-and-tucked magazine covers—though we can’t help but wonder what the Dior folks have to say about Lawrence’s signature brand of honesty.

Whether or not she’s being authentic, it’s hard not to note that this is the latest of Lawrence’s comments in a seemingly endless string of affirmations that she’s totally normal—even though she’s an Oscar-winning A-list actress.

What do you think of Lawrence’s campaign—and are you happy she admitted she was extremely Photoshopped?

More: To Discuss: How ‘Normal’ Can Jennifer Lawrence Really Be?