Though she’s lived her private life in the public eye in the past, J.Law has kept her current relationship super low-key. As a result, Jennifer Lawrence’s wedding plans with her fiancé  Cooke Maroney are incredibly secretive. Things have been so hush-hush between the pair, that we barely knew The Hunger Games actress was dating Maroney when their engagement was revealed in Feb. 2019. Though Lawrence has been rocking her $200,000 5-carat ring that her art-dealer bae gave to her, and they celebrated their engagement in New York City in Spring 2019, not much is known about their forthcoming nuptials.

What we do know is that the couple is obsessed with each other. An insider told Entertainment Tonight that the duo is “head over heels in love” and have been “truly inseparable.” However, the actual details of their wedding are still a little sketchy. After all, we’re sure they are trying to keep the prying eyes of the paparazzi and the nosey public out of their business if they can help it. Of course, we can’t help but be a little curious. There’s so much speculation about where they will tie the knot and what the Red Sparrow actress will wear (we’re thinking Dior). Luckily some little bird is spilling all the beans to ET.

J.Law and Maroney are in full wedding planning mode. The source told ET, “Their first choice of locations is New York, but it’s not finalized yet. They have been incredibly secretive because privacy is a big priority for them.” 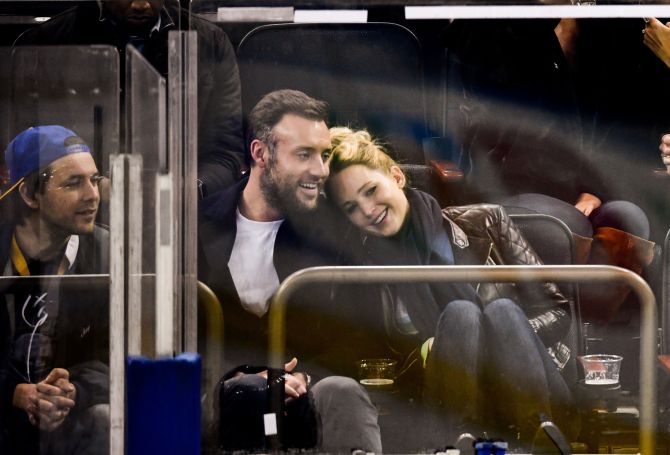 Like her Dark Pheonix costar, Sophie Turner, don’t expect Lawrence to have some glitzy massive, high glam affair. She’s not a fussy lady, and she wants her wedding to reflect who she is. “They are both very low key and down to earth and want nothing more than to avoid a ‘stuffy, pretentious’ atmosphere,” the source explained. “Their vision is traditional with a relaxed and casual ceremony; they mainly just want to share their love with friends and family and to express their happiness to those closest to them.”

However, don’t expect the wedding to be completely void of celebrity powerhouses. J.Law’s famous besties, Amy Schumer and Emma Stone will “definitely” be there.

It looks like Lawrence and Maroney are also excited to start a family in the future, and it helps that their families adore one another. The insider revealed, “They both want children and have been discussing starting a family. Their families truly believe they are meant to be; his family loves her family and vice versa, so their parents are excited. Their parents get along so well and are all looking forward to big family get-togethers.”

We are so excited for J.Law! Hopefully, we’ll get a glimpse of whatever epic wedding gown she chooses for her big day.