Anyone who’s had the honor of being Jennifer Aniston‘s husband is certainly lucky, even if those marriages didn’t last. After all, the Friends star has proven time and time again that she and her exes get along just fine—in some cases, they’re even good friends! Just one look at what Aniston has said about her ex-husbands will leave you convinced.

Below, you’ll find out more about every guy who’s ever had the pleasure of being Jennifer Aniston’s husband at one point in time—along with some surprisingly kind words that have been said surrounding each of her marriages.

Who is Jennifer Aniston’s husband?

As of 2021, Jennifer Aniston is not married. The Morning Show actress was previously married twice, first to Fight Club star Brad Pitt from 2000 to 2005 and then to Leftovers actor Justin Theroux from 2015 until their separation at the end of 2017. Aniston has also been romantically linked to musician John Mayer, whom she dated from 2008 to 2009, and actor Tate Donovan, with whom she was in a relationship beginning in 1995 until their split in 1998.

Following their divorce in 2005, there was intense media speculation that Pitt had cheated on Aniston with Angelina Jolie, who he started dating soon after the split. But Aniston eventually cleared the air, telling The Hollywood Reporter in 2015, “Nobody did anything wrong. You know what I mean? It was just like, sometimes things [happen].” At the time, the Friends alum revealed that she and Pitt were “not in daily communication,” adding, “But we wish nothing but wonderful things for each other.” 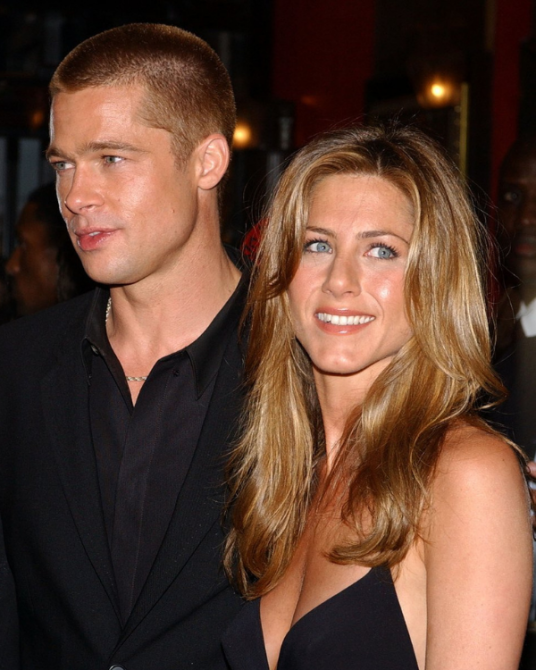 Since then, Aniston has continued to share nothing but kind words about her ex-husband—and it seems the pair have even reconnected as friends. In 2016, Pitt reportedly reached out to Aniston following the death of her mother, which put them back in touch for the first time in years. “Brad contacted Jen after her mom died, and she was touched that he knew what a difficult time it was,” a source told Us Weekly. “Brad wishes he’d handled the end of their marriage in a more thoughtful manner. He asked for Jen’s forgiveness a long time ago, and she gave it.”

Following Pitt’s olive branch, the Once Upon a Time in Hollywood star even nabbed an invite to Aniston’s 50th birthday bash in 2019. And by 2021, it appears the pair are on such great terms that Aniston had no problem calling him her “favorite” guest star on Friends. “Mr. Pitt was wonderful,” Aniston gushed during an interview with fellow castmates Courteney Cox and Lisa Kudrow on Access Hollywood as they promoted their Friends: The Reunion special.

Aniston and Theroux announced their separation in 2018 following two years of marriage and six years together. In their statement, the former couple made clear that they were “best friends” and they would continue to maintain the “love” they had for one another.

“This decision was mutual and lovingly made at the end of last year. We are two best friends who have decided to part ways as a couple, but look forward to continuing our cherished friendship,” the announcement read. “Normally we would do this privately, but given that the gossip industry cannot resist an opportunity to speculate and invent, we wanted to convey the truth directly. Whatever else is printed about us that is not directly from us, is someone else’s fictional narrative. Above all, we are determined to maintain the deep respect and love that we have for one another.” 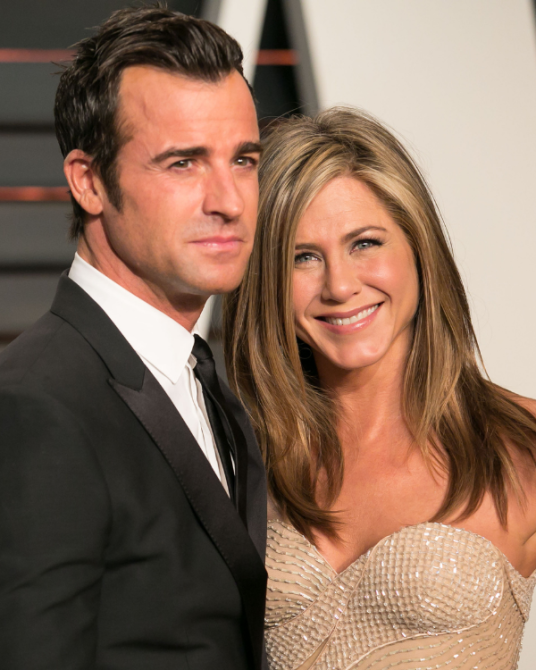 Nearly four years following their split, Theroux opened up about their friendship in an interview with Esquire, revealing they still FaceTime and text. “We don’t talk every day, but we call each other. We FaceTime. We text. Like it or not, we didn’t have that dramatic split, and we love each other. I’m sincere when I say that I cherish our friendship,” he explained.

Theroux continued, “We can not be together and still bring each other joy and friendship. Also, she makes me laugh very, very hard. She’s a hilarious person. It would be a loss if we weren’t in contact, for me personally. And I’d like to think the same for her,” he noted, before concluding, “I think that when you get good at relationships—and here I am, single—if you love the person the same way you loved them in the relationship, it would behoove you to love them the same way out of the relationship.”

If you still can’t get enough of Friends, check out Friends Forever: The One About the Episodes, the only authorized guide with behind-the-scenes details for over 200 fan-favorite episodes. This 25th Anniversary edition is fully illustrated and includes tons of fun exclusives, like never-before-seen photos, interviews with show creators Marta Kauffman and David Crane, and interactives from the series itself. For example: You’ll finally see what’s on Joey’s fake resume vs. his real one and find out Chandler’s real job! Friends Forever: The One About the Episodes
is available to purchase on Amazon
or Bookshop.org.