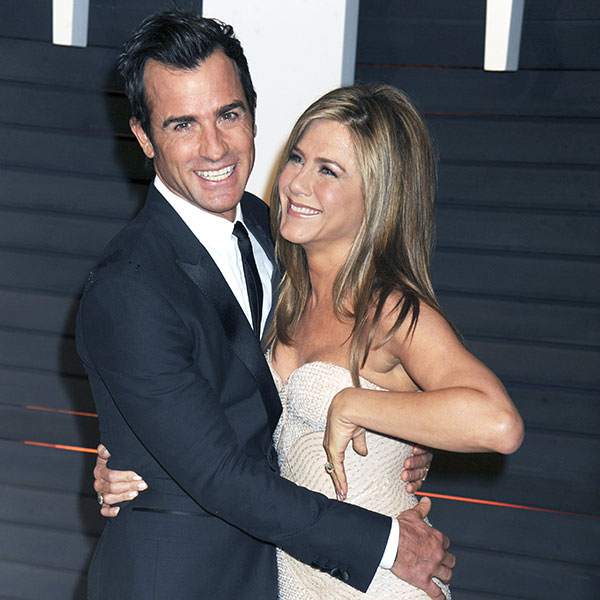 Major news, Jennifer Aniston fans: People is reporting that the “Cake” star has officially tied the knot with Justin Theroux.

According to the report, the couple were married on Wednesday at their $21 million home in Bel Air, California, among more than 70 friends and family members.

TMZ is also reporting that Jen kept the wedding under wraps by telling everyone she was throwing a surprise 44th birthday party for Justin, but that a wedding cake was spotted arriving at the house—a dead giveaway that the event was more than just a birthday bash. In another photo, it looks like a pastor holding a bible is arriving at their home.

Aniston, 46, and Theroux, who turns 44 on August 10, first hooked up after starring in Wanderlust together. Theroux popped the question after 18 months, proposing over dinner in August 2012.

When asked about why they were having such a lengthy engagement, Jen told the Associated Press, “We just want to do it when it’s perfect, and we’re not rushed, and no one is rushing from a job or rushing to a job. And, you know, we already feel married.”

So far the couple haven’t commented about the speculation, but we’re crossing our fingers that a picture of Jen’s dress surfaces soon.