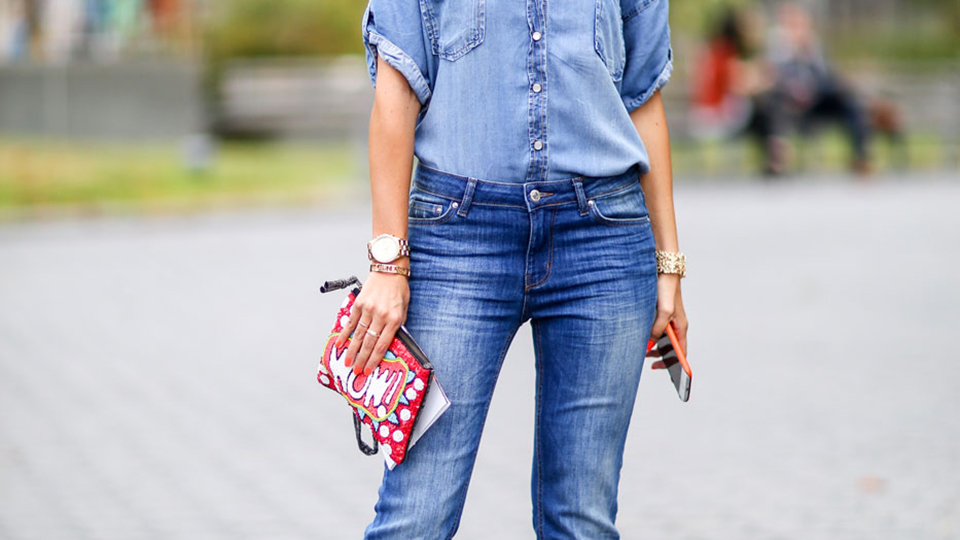 Ask any denim purist how frequently they wash their jeans, and they’ll likely tell you never, citing the process as a destructive evil force that misshapes their perfectly broken-in denim. They’ll also note with pride that they’ve found a gentler alternative: putting their jeans in the freezer to kill any odor-causing bacteria lingering on their pants.

It’s something that’s been propagated by countless fashion magazines and sites (including ours), and some denim brands have now even gone so far as to offer jeans designed not to be washed. Hell, even Levi Strauss—the company synonymous with American denim—advised we should all be skipping laundry day and sticking our jeans next to the frozen broccoli. But I’m here to tell you it’s all one big dirty, disgusting lie, and you should probably stop this nonsense immediately.

“Never washing your jeans is like never showering from the waist down,” declares Mary Johnson, a fabric-care principal scientist for Tide and Downy. “Our bodies produce soils that are transferred onto our clothes and cause odors that build up over time. This is especially true of jeans since the body areas they cover include a lot of skin, and our excretory and reproductive systems.”

Those “soils” she’s delicately referring to include salt, sweat, grease, skin cells, and flakes—all of which we excrete several grams of on a daily basis (see below for a disturbing visual), and none of which magically disappear from fabric when exposed to sub-zero temperatures. “Freezing won’t do anything to remove the dead skin, sebum, and other body soils like urine, feces, semen, and vaginal secretions,” confirms Johnson. “These have to be washed off using a deep-cleaning detergent.” 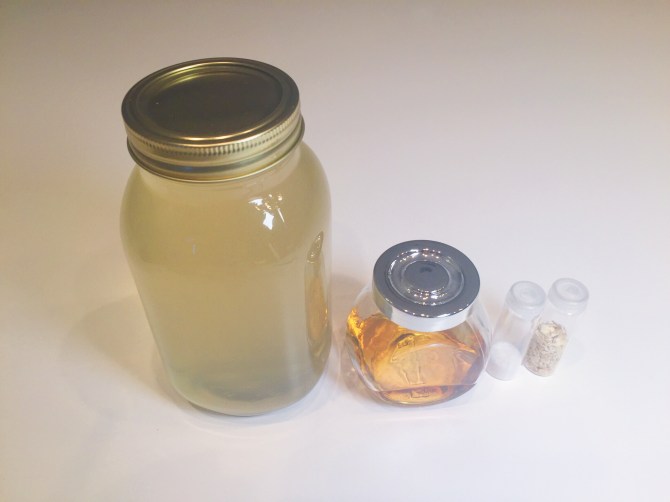 A visual representation of the 10 grams of salt, 1 liter of sweat, 40 grams of grease and sebum, and 10 grams skin cells and flakes you secrete on a daily basis. You want that nasty stuff in your jeans?

Granted, the folks at P&G have lots of motivation to scare you into washing your jeans on the regular (they do sell laundry products, after all), but there is legitimate science behind this. “The freezer won’t kill odor-causing bacteria,” says Johnson. “In fact, it will just put them to sleep until it’s warm again. In the lab, we preserve microorganisms by freezing them.” Meaning once you take your jeans out of the freezer and let them thaw, any bacteria that went dormant will simply regenerate.

Also, think back to the last time you wore a pair of black skinnies—you probably noticed that the inside legs were covered in little white flakes. That would be dead skin cells, and they aren’t going away simply because you stuck the fabric they live on in your Sub-Zero.

So, if you’re going to wash your jeans—and I think we’ve established here that you absolutely need to if you at all care about hygiene—here’s how to do so in a way that won’t destroy your denim. First, make sure to use cold water, as “this helps preserve the denim’s finish and minimizes unwanted shrinkage,” notes Johnson. To maintain the pants’ fit and shape, skip the dryer and lay them flat to dry.

Johnson recommends washing your jeans after every three wears in order to prevent odor buildup, but if you’ve been sweating excessively (say, on a hot summer’s day), you may want to consider doing so immediately. While the frequency is entirely up to you, the most important thing is that you actually do it—and that the only household appliance you use to clean your jeans is a washing machine, not a freezer.