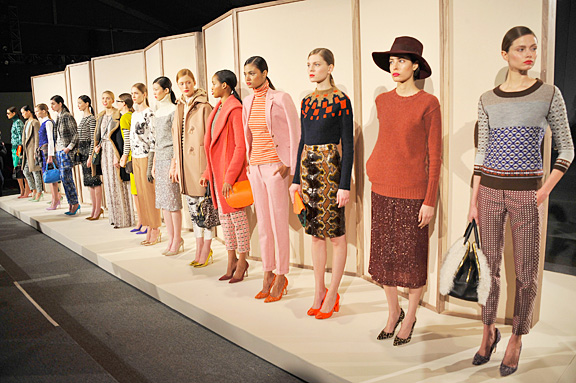 Anyone with a pulse likely is aware of the epic transformation J.Crew has undergone in recent years, largely due to its creative director, Jenna Lyons, who’s more “sequins” than “roll-neck sweaters.” Apart from completely overhauling its image and inventory, the label also started showing at New York Fashion Week last year for the first time—a move likely done to elevate the brand to the haute fashion crowd since outside buyers—except those from luxury website Net-a-Porter—can’t actually order any of the clothes (yet, anyway!). Still, with all the mostly-mass-market label has going on, its plans for big-time expansion makes perfect sense.

In November, it was reported that the brand chose London’s Regent Street for its first international location, with a 17,000-square-foot space set to open this year, but now it seems there even bigger plans afoot for the retailer.

According to WWD, J. Crew plans to open more stores in the U.S.—even in markets where it already has a presence—as well ramp up growth in Canada (8 store currently exist), open more than one store in London, and unveil locations in Hong Kong and Tokyo.

And it’s not just women who’ll be flocking to more J. Crew outposts to get their hands on printed brocade pants, striped shirts, and glittering statement necklaces; the men’s retail concept is also ripe for growth, according to Haselden. Currently, 10 stand-alone men’s stores exist that offer a complete universe of J. Crew menswear, as well as select third-party brands.

It’s not terribly surprising that the brand is looking to break into international markets, considering the success of stores like Zara, which exists in nearly 100 countries around the world and rakes in billions of dollars a year.