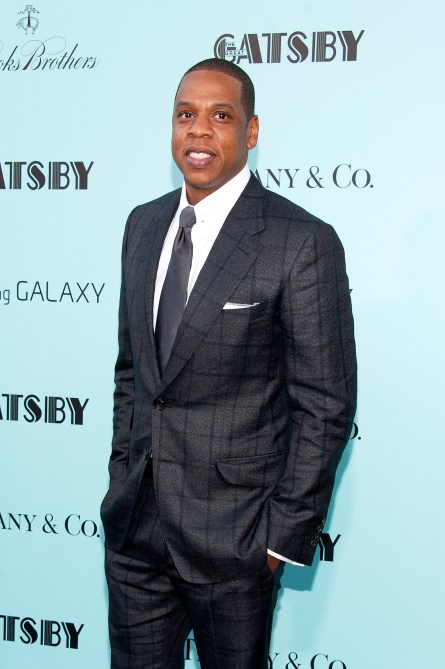 Jay Z’s involvement with director Baz Luhrmann on his latest grand-scale project, “The Great Gatsby,” is no secret. The mogul executive-produced the star-filled soundtrack, and lent his own voice for the song “$100 Bill,” as well as lending “No Church in the Wild” from his  album with Kanye West, “Watch The Throne,” to the film’s trailer.

But Jay Z’s initial reaction to the film had nothing to do with music, according to director Baz Luhrmann, who talked to StyleCaster about their collaboration. In fact, he agreed to be involved with the soundtrack before he even saw the film.

“Can I tell you something great?,” Luhrmann shared with StyleCaster. “I go to Jay Z and and he’s recording at the Mercer Hotel. I explain to him what I want to do and he goes, ‘Why are we even talking about this? We gotta do this.’ He sees a very rough, early cut of the movie, he and [producer] Swizz Beatz. First ever. I’m talking nobody had seen it at this point. This was so rough that some of it was cartoons, and it was probably nearly three hours or something.

MORE: 5 Things You Didn’t Know About ‘The Great Gatsby’

“When the film finished, he said, in that beautiful voice he’s got, ‘That was beautiful. When you told me it was going to be terrible and rough, I was thinking, it doesn’t matter, we’ll fix it with the music. But that was beautiful.’ He said, ‘You know what’s so clear in that movie, it’s not about whether [main character] Jay Gatsby is a bootlegger or not, or whether what he’s doing is legal or not. It’s about whether he’s a good person or not.'”

The film, which originally debuted in November, will be released on DVD and Blu-Ray tomorrow.