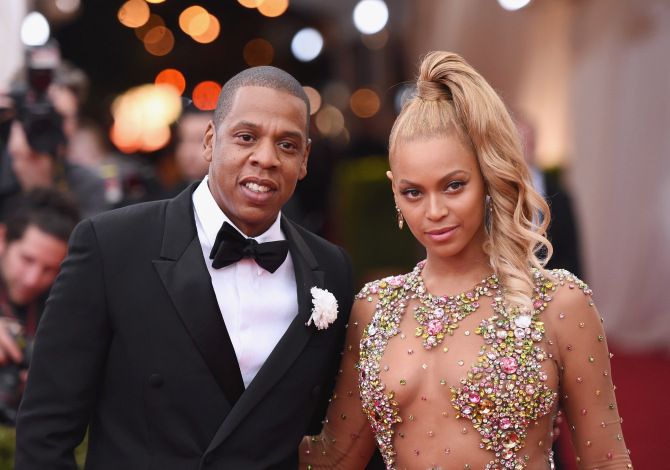 After last week’s Lemonade debut and the ensuing “Becky with the good hair” mayhem, all eyes were on Jay Z—and lots of them were stink eyes, in spite of Beyoncé doing her best to show the world they’re united as a couple and family by dedicating ‘Halo’ to Jay Z during the opening night of her Formation world tour.

Here to reinforce that message is a heart-melting video of Jay Z dancing with Blue Ivy backstage at one of Bey’s shows. You can hear her singing ‘End of Time’ in the background, as Jay twirls Blue around adorably.

While the Beyhive’s steadfastly loyal members still seem skeptical—one Instagram user commented that “Jay knows he needs to do whatever it takes to get right again,” while another said it’s “why I still slightly love him”—we’re going to go ahead and thoroughly enjoy this cuteness.

The video does more than a song dedication could to make us believe that Bey, Jay, and Blue remain the world’s most famous happy family. We may never know exactly what the Lemonade cheating references are about, but you can’t fake this kind of sweetness.