Wait…are Jason Momoa and Lisa Bonet back together? Nearly six weeks after their split, the Aquaman star and the Cosby Show alum are sparking rumors of a reconciliation following reports that they’re living together once again.

Jason and Lisa, who got married in October 2017, originally announced their separation in a since-deleted Instagram post on January 12, 2022. “We have all felt the squeeze and changes of these transformational times… A revolution is unfolding and our family is of no exception… feeling and growing from the seismic shifts occurring,” the pair said in a joint statement on Jason’s account. “And so we share our Family news that we are parting ways in marriage.”

Their statement continued, “We share this not because we think it’s newsworthy but so that as we go about our lives we may do so with dignity and honesty. The love between us carries on, evolving in ways it wishes to be known and lived. We free each other to be who we are learning to become…Our devotion unwavering to this sacred life our children. Teaching our children what’s possible. Living the Prayer. May Love Prevail✨ J & L.”

At the time, E! News shared that Jason and Lisa’s separation was caused by their “different” directions in life. “Jason is very focused on his career and wants to work. He has found success and it’s driving him and is very fulfilling,” a source shared with the site. “Lisa wants to be in LA and is not interested in going on location for long periods of time with him.”

According to the insider, Lisa’s “priorities are different right now” and she is “very into” health and wellness. “That’s what motivates her.” Jason, meanwhile, “was moving in a different direction and it did not fit together with her lifestyle.” The source added, “They drifted apart and wanted different things.”

A source also told Us Weekly at the time that Jason and Lisa’s split was influenced by their differing personalities—an element that once made their marriage stronger. “Jason and Lisa worked because they were so different,” the insider told the site. “He was jovial, loud and the center of attention, and Lisa was always cool, calm and subdued.” However, according to the source, “That energy really started to cause friction because they wanted to live different live. Jason wanted to travel and adventure much more. Lisa, she would rather read, write poetry and cook at home.”

But now, it’s possible that the pair are working through these differences. So, are Jason Momoa and Lisa Bonet back together? Read on ahead for what we know so far.

Are Jason Momoa and Lisa Bonet back together? 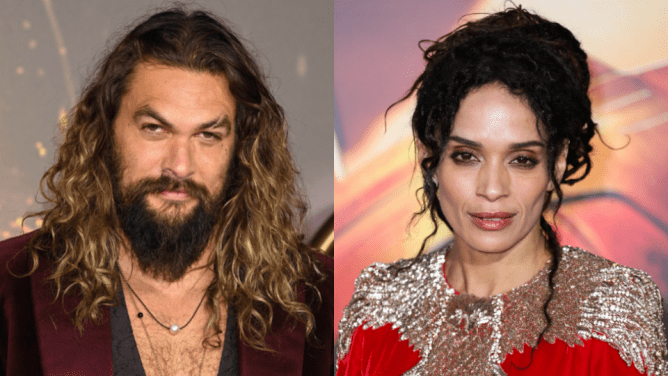 Just over a month after announcing their separation, Hollywood Life reports that Jason and Lisa are back together again—and they’re even “already living together again.” According to a source who spoke to the site on February 25, 2022, “Jason moved back in with Lisa about two weeks ago and they are very much back together. They decided to work on things rather than throw in the towel because they have so much invested in each other.”

A source also confirmed to Life & Style on February 28, 2022, that Jason and Lisa had reunited a month after their breakup. “Lisa and Jason’s split is on hold. They never stopped loving each other and have reconciled,” the insider said. “Jason has freed up time from his busy schedule to get their marriage back on track again. He promises Lisa there’ll be big changes and that making their relationship work comes before anything else.”

The source also reported that Jason and Lisa have started couples therapy, which has helped them in their marriage. “Lisa and Jason are also having couples therapy, which has been a useful tool to guide them in the right direction. They’re taking every day as it comes and seeing what happens but so far so good,”the insider said. “Jason and Lisa’s friends are supporting their decision to try again and say they’re made for each other.”

Jason and Lisa share two kids together: their daughter Lola, 14, and their son Nakoa-Wolf, 13. Jason is also a stepfather to Zoë Kravitz, Lisa’s child from her previous marriage to musician Lenny Kravitz. According to Hollywood Life’s source, the couple’s children are “obviously thrilled” that their parents are back together again. “Everyone is really hoping that they can make this work this time around.”