Whether he’s making audiences laugh or keeping us all on the edge of our seats as Ozark’s Marty Byrde on Netflix, there’s one person in the world who loves him all the same: Jason Bateman‘s wife. The actor’s spouse has been married to him for two decades and counting—so it’s safe to say she’s been there for him in every role life throws his way, both on and off the screen.

Long before he called himself a married man, Bateman—who was born in January 1969 in Rye, New York—was busy getting his start in the industry as a teen idol. The actor starred in a handful of series like Simon, Chicago Songs and Some of My Best Friends before landing his breakthrough role on the sitcom Arrested Development, where he played the shy and reserved Michael Bluth. For his role on the series, Bateman won a Golden Globe and a Satellite Award. Since then, the actor has captivated audiences dozens of times over the years, but it is his role in the Netflix original series Ozark that has really solidified his impressive range as both a comic star and an actor with serious chops for drama.

In the series, Bateman plays Marty Byrde, a financial advisor who relocates his family to Missouri to launder money after he lands himself in hot water with a Mexican drug cartel. Marty is married to Wendy Byrde, a former public relations operative for political campaigns who supports her husband’s illegal operations. Their onscreen relationship is far from cheery, and there’s little keeping their marriage intact aside from sheer necessity. Luckily, the same can’t be said for Bateman’s marriage in real life!

For everything we know about Jason Bateman’s wife—from how they met, to the bumps in the road they’ve faced as a family—just keep on reading below.

Who is Jason Bateman’s wife? 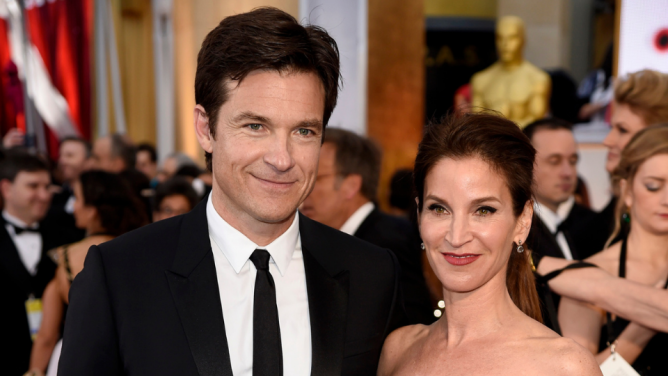 Jason Bateman’s wife is Amanda Anka, the daughter of famed singer and songwriter Paul Anka. The Canadian musician is best known for hits like “Diana,” “Put Your Head on My Shoulder,” and “Lonely Boy.” Anka’s mother, model Anne de Zoghed, was married to her father from 1963 until their divorce in 2000.

Bateman and Anka married after two years of dating in July 2001. In the years since, Bateman says that their union has “defied the odds” time and time again. “Our marriage has defied the odds and works really well,” the Ozark star told Redbook in 2013. “We are really aware of our boundaries. We know how to bug each other and not bug each other. If you don’t get along, it’s garbage. With a girlfriend, you get into a fight, you drive away. With us, we learn to fight quickly or not at all. I wanted to marry a friend. Friends last longer.”

How did Jason Bateman and Amanda Anka meet?

Jason Bateman and Amanda Anka met when they were both 18 years old. Their first meeting, according to Anka, came at a Los Angeles Kings game. While they would eventually go on to marry each other, they didn’t date until ten years after their first encounter because, as she candidly revealed to GQ in 2013, “I simply wasn’t into where he was at.”

At the time, Bateman was a rising star with a recurrent role on the 1980s series Valerie (later renamed The Hogan Family) and a penchant for partying. His priorities didn’t allow for a genuine relationship, as his life “was like Risky Business for 10 years,” he told Details in 2009, per Us Weekly. “My parents were out of town, they left me a bunch of money, the car, and the house, and I didn’t know when they were coming home. I’d worked so hard that by the time I was 20, I wanted to play hard. And I did that really well.”

The young actor also struggled with substance abuse, leaving him to make bad choices in his personal life.
“I think my gender is known to pick women that make us feel good, and who are kind of subordinate to us, and I was guilty of that for a long time,” he admitted to the Independent in 2011, adding, “I didn’t really have the balls to be with someone who was my equal and, as a result, a lot of those relationships were short-term.” 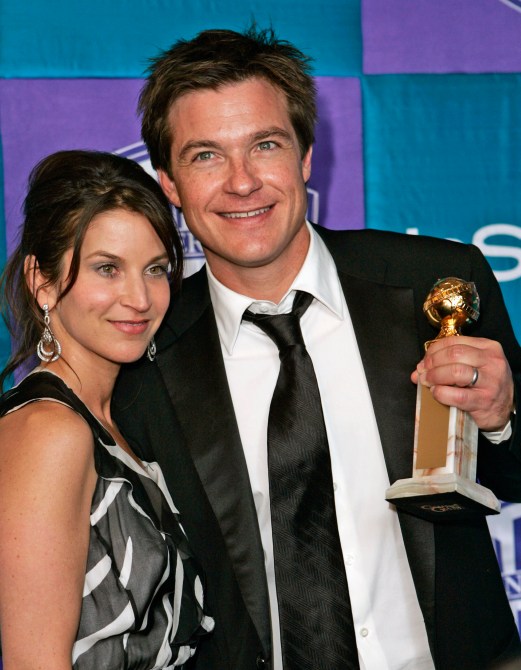 Years later, when the actor realized he was ready for a serious connection, everything changed. “I looked around at the relationships that were the longest in my life, and they were the ones I had with my friends. I thought, if I only wanted to get married once, I should probably marry a friend,” he told The Daily Telegraph in 2014. “I wanted to marry somebody who wasn’t someone I had to be in any particular mood to want to be around. With close friends, you can be with them no matter what mood you’re in.” By this point, Bateman had already found that relationship with Anka, who he considered “a very close friend” and went on to marry in 2001. “That’s why it feels so effortless. It gets better every single year,” he gushed at the time.

But it wasn’t happily-ever-after in an instant. Bateman still had some growing up to do—and it nearly lost him his marriage. The actor didn’t get rid of his old habits and partying even after he and Anka tied the knot. His behavior got so bad that, at one point, Anka gave Bateman an ultimatum to get his act together. According to Details, his wife went on a solo trip without him to give him time to think. During their time apart, Bateman decided to attend his first AA meeting. He recalled taking a hard look at his life at the time and asking himself, “Do you want to continue being great at being in your twenties, or do you want to step up and graduate into adulthood?” Thankfully, he decided to go with the latter. 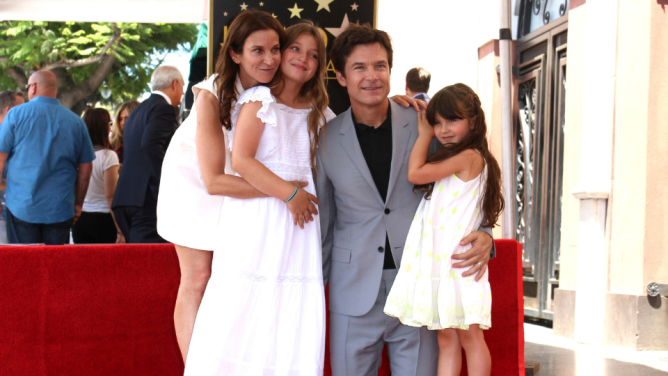 After adjusting his priorities, the actor was far more focused on his future—and his family. The Arrested Development star and his wife welcomed their daughters, Francesca Nora and Maple Sylvie, in 2006 and 2012 respectively. Now Bateman doesn’t miss his partying days, he told Redbook in 2013, since “being a father of two is everything I wanted.” The actor added, “I’m a big fan of marriage and being a dad.”

During his 2014 interview with The Daily Telegraph, Bateman also noted that his role in life feels more “appropriate” these days. “There are certain things you do at certain ages in life which are appropriate for the times and right now it’s appropriate for me to be a father and a husband and a guy with a career,” he said. “Those are the three things I’m focused on.”