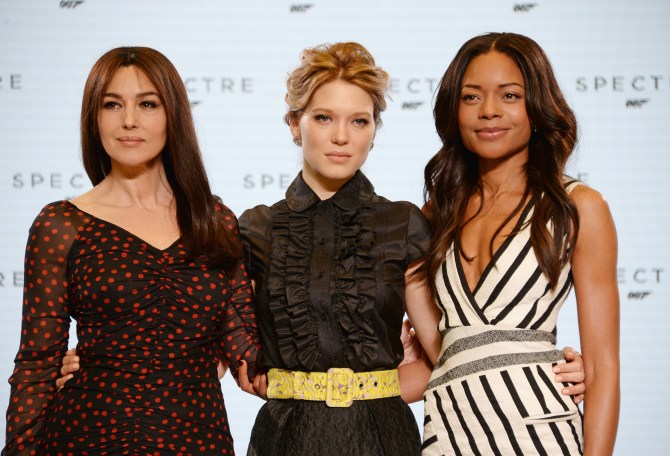 Forget what you thought you knew about James Bond: The 50-year-old franchise’s latest installment, Spectre, which hits theaters today, is breaking all the rules. Don’t get us wrong—there will be plenty of martinis, exotic locales, and high-action stunts in the 24th movie. What’s noticeably missing, however, are the one-note Bond girls serving as mere eye candy. In their stead are not just one but three empowering, seasoned actresses: Léa Seydoux, 30; Naomie Harris, 39; and Monica Belluci, 50.

Though we can’t help but notice the wide age range of the latest Bond women, it’s important to note that Bond himself had to come to terms with his own mortality in the last film, Skyfall. Nevertheless, Daniel Craig is back to reprise his role—along with Harris, who portrays Eve Moneypenny and will be filling the shoes of M (Judy Dench).

We got the scoop on the Bond women’s modern evolution from the stunning English actress, as well as Jany Temime, the woman who dressed Harris and her castmates. 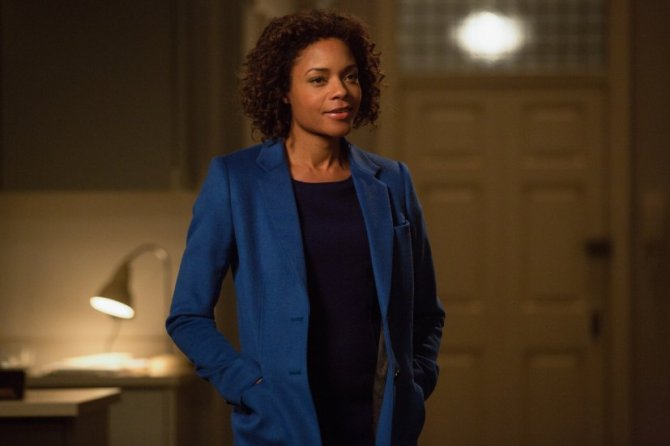 How do you relate to the Moneypenny that’s portrayed in older Bond films?
Naomie Harris: “Well, I’m really lucky because when I got asked to come on board and play Moneypenny, I was told that they wanted to make a radical departure—they wanted her to be much more badass and tougher, more capable and much more of an equal to Bond.”

How do you think modern-day Bond girls compare with those in the older films?
NH: “They’re much more intelligent, resilient, and stronger as well—the way they reject Bond’s help and want to do it on their own because they’re strong, capable, independent women. Bond works really hard to get them to accept his help.”

How has Moneypenny’s style evolved since Skyfall?
NH: “In Skyfall, we were just discovering who the character was, and [now] we know how to take risks with her style. Because she spent so much time on the field, we were limited in terms of costume choices. She discovered she doesn’t really have the stomach for killing and being out in the field, so she made a mature decision to go behind the desk. In Spectre, she’s in the office a lot more—we understand her and know who she is—so we were able to be a lot more playful with the costumes.”

How does your real-life wardrobe compare to your character’s?
NH: “We’re similar in the sense that Moneypenny loves a lot of color, and I certainly do. But I think she’s constrained by working in a quite conventional office environment, so she has to wear traditional office wear and then brighten it up with some colorful, quirky touches, whereas I’m able to wear whatever I want, which is very liberating. I’m able to take more fashion risks, I would say.”

Speaking of fashion risks, you’ve been killing it on the red carpet. How do you approach getting ready?
NH: “Well, it’s a lot of work because there are lots of premieres, red carpets, and events of sorts to turn up to. But I’m really lucky because I work with an amazing stylist, Nola Singer, and she does absolutely brilliant, gorgeous outfits for me to wear, and we try to have a lot of fun choosing [them].”

Do you ever try to channel your character on the red carpet?
NH: “No. [Laughs] I don’t think that Moneypenny would be very comfortable on the red carpet. I think she’d much rather stay behind the scenes, since that’s what she’s used to.”

Do you notice any similarities between yourself and your character?
NH: “I think we’re very different, actually. I think Moneypenny is very, very brave and witty, and she does very well in a man’s world—she’s one of the few females [who are] a part of MI6 that have access to this top-secret information. I don’t think I’d do quite so well in that environment.” 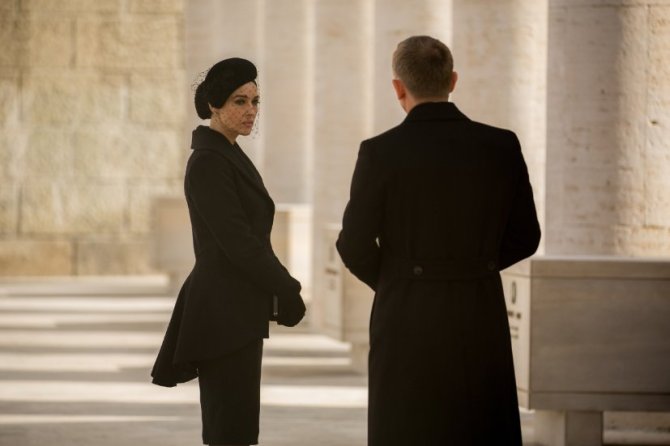 And for a behind-the-scenes perspective, we spoke to costume designer Jany Temime (who won a CDGA award for her work on Skyfall, as a matter of fact) about how she created the Bond women’s new looks.

How did you approach each of the women’s wardrobes?
JT: “In the case of Moneypenny, we had seen her already last time, but now she is working the office. She has a tough job, working in the secret service, so we dressed her up like that—and I used colors for her.

Monica Belluci was another story, because she’s a widow, so of course she’s in black. I was very much inspired by the classical Italian actresses, like Sophia Loren, to give her a beautiful, sexy, classic-woman look—that sort of sexual maturity that Monica Belluci exudes. She’d never dress up like a kid; she dresses like a woman—and she is extremely sexy at it.

And then we have Léa Seydoux, who plays Bond’s love interest [Madeleine]. She is a high-executive woman, but she has evening and cocktail dresses, so there [are] lots more possibilities with her. We see her not only in her work clothes, but also in her free time. Her style’s a little bit nostalgic; I wanted to keep that sort of feeling about it because they are traveling in Morocco, looking for things that happened in the past.”

How do you select the perfect formal dress that will make the right statement?
JT: “In the case of Madeleine’s dress on the train, the story was that she had that rolled up in her suitcase. She had no idea that she was going to be in an evening dress, because she’s on a mission. So I wanted something very, very simple—something that you’d take in case. This is the first time that she catches Bond’s attention, so I wanted the dress to be more like second skin for her and also as simple as possible because of the situation. The other dress is a cocktail dress, and she’s in the middle of the desert, and it was a dress that was given to her by the villain; it’s his projection of Madeleine, not the dress she chooses, so it had to reflect his personality more than her.” 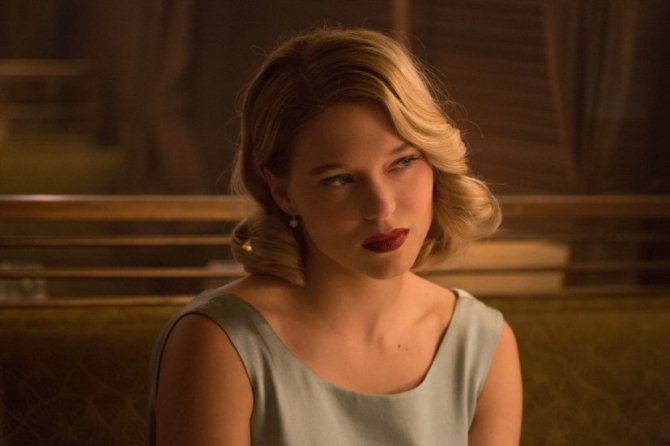 What are some wardrobe tips we can learn from the Bond girls?
JT: “I think you should always be prepared, like the Bond girls are. You should always be at your best because you never know what life is going to bring you around the corner. Never, never, never let go. I like men to be perfect, and I like women to be perfect: to be dressed up all the time [and] to be extremely well-groomed. You can walk out like that, going to work, and, god knows, you might meet the man of your life. So always, always be prepared.”