After decades of rumors about Janet Jackson and James DeBarge’s daughter and claims they had a secret child before their divorce, the conspiracy theories have officially been shut down.

In an interview on A&E and Lifetime’s two-part docuseries, Janet, Jackson shut down the 30-year-old rumor she had a secret baby with her ex-husband that he didn’t know about. “I could never keep a child away from James. How could I keep a child from their father? I could never do that. That’s not right,” she said. In the docuseries, Jackson explained that the rumors started in 1984 when she was a cast member in season 4 of NBC’s Fame, in which she played Cleo Hewitt. “A lot of the kids thought I was pregnant ’cause I had gained weight and I had started taking birth control pills,” she said in the docuseries. “And back then, you could pick up weight taking them, and that’s what happened to me, so that rumor started going around.”

Debbie Allen, who also starred in Fame as Lydia Grant, recalled her surprise in the docuseries about the rumors Jackson had a secret child. “These were rumors that were just flying around, honey, like hash in a diner,” Allen said. “Where was the baby? Nobody saw a baby. I mean, she was there with us all day, every day. Where was the baby?”

Jackson remembered that the rumors became so big that there were theories that the daughters of her older brothers, Jackie and Randy, were hers. “First they were saying my niece Brandi was my daughter and that I gave her to [my brother] Jackie to raise,” she said. “And then because [my brother] Randy’s daughter looks so much like me, they started saying it was Stevanna.” In an interview on We tv’s Growing Up Hip Hop in 2016, DeBarge revealed that even he thought Jackson had a secret child he didn’t know about. “I was under the impression that there was no baby, and I wanted to believe it’s not true. But it is,” he said.

Jackson and DeBarge, a soul singer, eloped in September 1984 when they were 18 and 21 years old respectively. They annulled their marriage after a year in 1985 after Jackson discovered that her then-husband had been using drugs. “I was just incredibly innocent,” she said in the docuseries “It’s just, to me, hurtful for someone to see that and just try to take advantage of it.” Jackson went on to marry dancer René Elizondo Jr. from 1991 to 2000. She married her third husband, entrepreneur Wissam Al Mana, in 2012. The two welcomed a son named Eissa in 2017 before their split later that year.

In the docuseries, Jackson also opened up about her relationship with her older brother, Michael Jackson, and how he would often criticizee her for her weight. “There were times when Mike used to tease me and call me names. ‘Pig, horse, slaughter hog, cow,” she said. “He would laugh about it and I’d laugh too, but then there was somewhere down inside that it would hurt.” She added, “When you have somebody say you’re too heavy, it affects you.”

Jackson also revealed that her weight fluctuated throughout her life as a result of her being an “emotional eater.” he said in the docuseries “When I get stressed or something is really bothering me, [eating] comforts me.” She added, “I was developing at a very young age and I started getting a chest and they would bind it so I would look more flat-chested.”

True You: A Journey to Finding and Loving Yourself 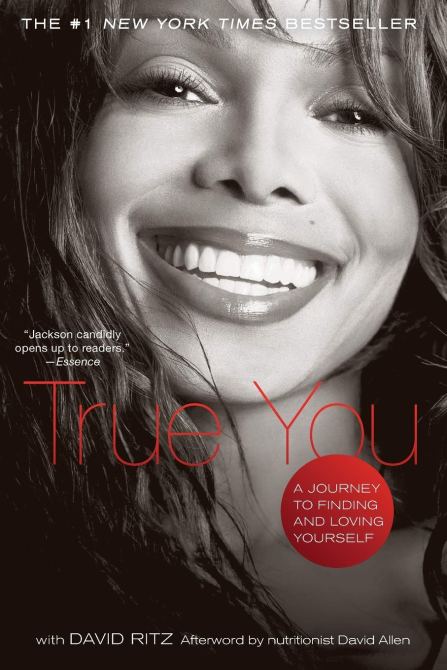 For more about Janet Jackson’s life, check out her 2011 book, True You: A Journey to Finding and Loving Yourself , co-written with David Ritz and Karen Hunter. The New York Times bestseller is filled with personal tales and rare photos of Janet at various stages of her life, taking readers on a journey from her struggles with body image to how she eventually learned to be happy in her own skin. Along with her own insights on fostering confidence and self-love, True You: A Journey to Finding and Loving Yourself even includes lessons and tips from her own nutritionist, David Allen, who helped Janet get her mind, body and soul in shape for good.