Oops, she did it again. Janelle Monae played with my heart by wearing (yet another) iconic ensemble. At the premiere of the new film Little, Janelle Monae stepped out in an outfit that rivals both 1999 Britney Spears and Hermione Granger. I didn’t think that a combination of a pop singer and teen witch would ever be a real thing, but here we are—and I’m loving it. I mean, leave it to Janelle Monae to rock school girl-chic at a movie premiere and stun us all.

The Thom Browne ensemble Monae donned on Monday night was effortlessly cool—classic Janelle Monae, am I right?—and effortlessly stylish. The outfit featured a tuxedo-style black and white vest with a chic twist. The wrap vest was paired with a long, three-button tuxedo jacket which, if you looked closely, was lined with red and blue stripes. It’s all in the details, baby. Monae also sported a pleated mini-skirt, which definitely amplified the school girl vibes of the ensemble. If this were the uniform in schools, I doubt many students would complain, because the outfit is hot AF. 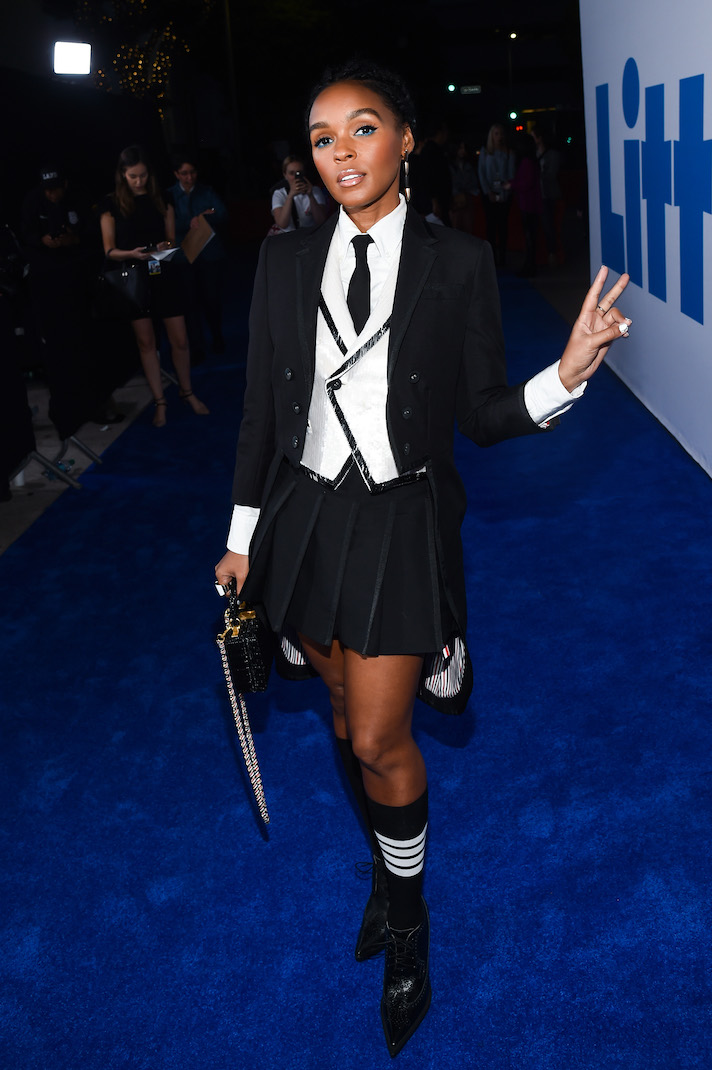 Of course, though, Janelle Monae didn’t stop before she stunned with her accessories. In black booties and knee-high socks, the singer completed the aforementioned school girl look. Seriously, I’ve never seen knee-high socks look so chic, but Janelle Monae managed to style them perfectly. The singer also carried a cute AF black mini bag that I’m definitely eyeing for my next night out.

But the accessories weren’t the only final touches to Monae’s look. When she turned her head, photographers got a glimpse of her perfectly dramatic hairstyle: a long braid with white rings braided into her hair. I’d say I was obsessed with this intricate hairstyle, but that would be an understatement. 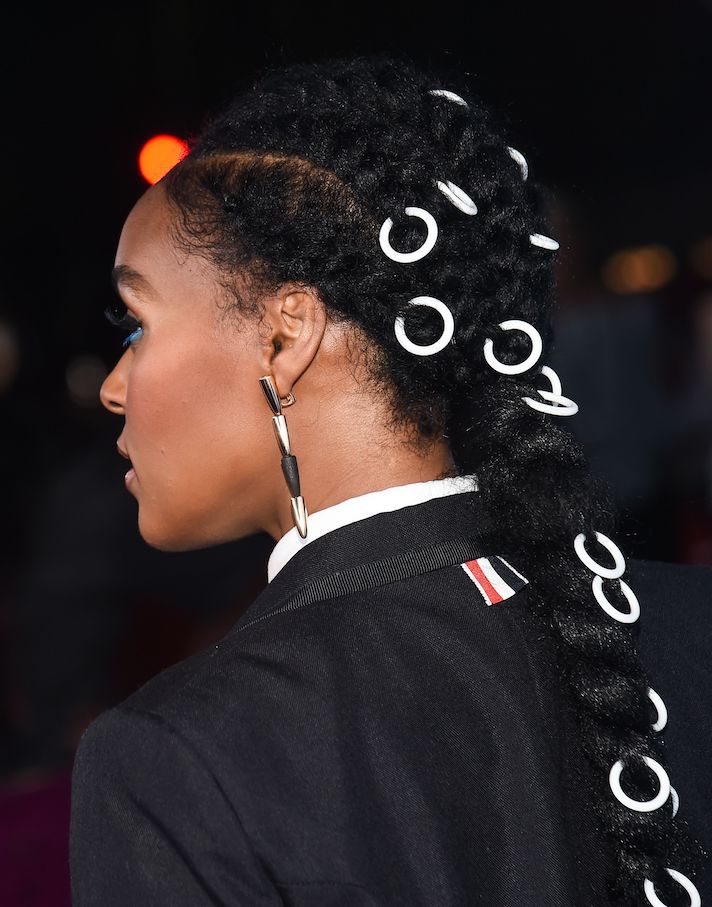 Frankly, there are too many good things to be said about Monae’s Little premiere look. The singer consistently dresses to impress, and I’ve begun to feel like my life is just sitting around waiting for another Janelle Monae ensemble. That’s just the way she makes me feel. (Get it? Because of her song? OK, I’ll shut up.)