One celebrity I can always count on rocking a ridiculously unique ensemble on the red carpet is Janelle Monae. Seriously, the Dolce & Gabanna suit she wore to the 2018 Grammys might have been my favorite ensemble of that year. I knew Janelle Monae’s 2019 Grammy Awards outfit would rock my world once again, and boy, was I correct. The singer stepped out on the red carpet wearing a stunning textured white dress, and, no joke, I’m in love.

Janelle Monae looked seriously incredible when she arrived to the Grammy Awards in a textured Jean Paul Gaultier dress with burgundy lining. The dress featured triangular pointed shoulders, basically turning Monae into a piece of abstract art. The shoulders of the dress seriously look like they’re ready to stab anyone who dares to get in the way of Monae’s Grammy awards. 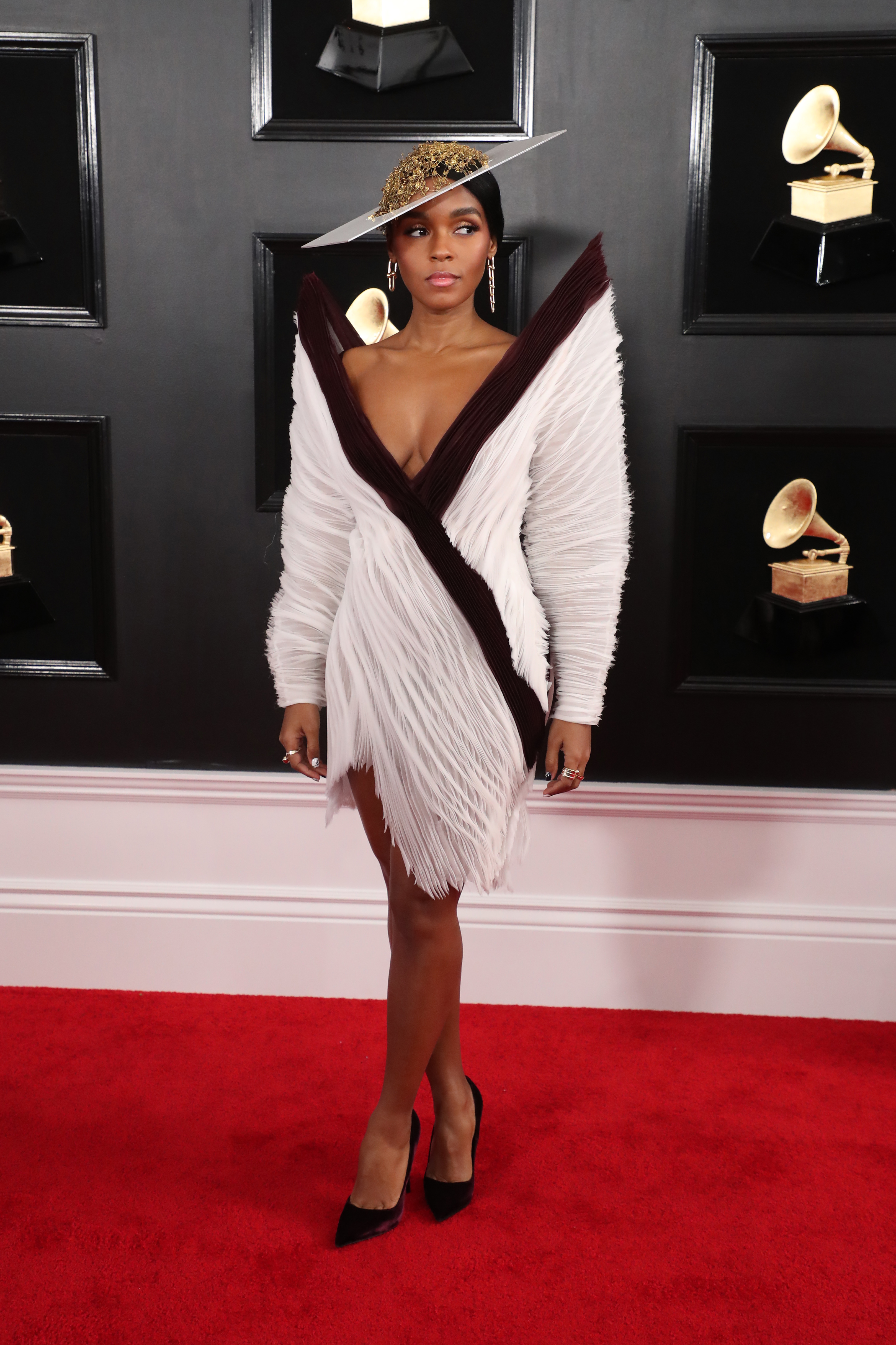 Adding fuel to the sartorial fire, Monae wore perhaps the wildest hat we’ve ever seen with her already incredible dress. The hat, which was essentially a cream square with a hole in the center, was topped with some sort of gold foil, serving as the top of the hat. TBH, we don’t know exactly what’s going on, but we kind of love it. And Monae’s two-length earrings from Tiffany & Co. supplement the cool factor.

Nominated for two Grammys tonight, the singer gained a lot of buzz in 2018 for her wild music videos (and her “emotion picture” short film for her album “Dirty Computer”). The singer’s music video for her song “Pynk” is nominated for Best Music Video, and Dirty Computer is nominated for Album of the Year. They’re both prestigious categories, but if anyone deserves to be among the other talented Grammy-nominated artists, it’s Monae. She already has six Grammy nominations from previous years, so there’s no doubt Monae is killin’ it.