A 17-year-old girl named Lucy Clode, currently in school in a small town called Dollar, Scotland, is currently visiting New York and—based on pictures she posted to her Instagram—she had a run-in with a number of celebrities outside the Broadway show “Of Mice and Men.” One of those celebrities was James Franco, who’s starring in the show, and now she’s posting images online that seem to point to the idea that the actor tried to hook up with her.

In the screenshots (which were initially posted to Imgur but have since been removed), Franco (or someone claiming to be the 35-year-old) sent direct messages Lucy asking her where she’s from, how long she’s in New York, who she’s with, where she’s staying, and whether or not she has a boyfriend. She tells him her trip to New York is a gift for her 18th birthday, which is in a few days. He responds, “You’re 18?,” before asking for her phone number.

MORE: A New Pic of Gaga Before She Was Famous

The conversation moves from Instagram to text after (we assume) Lucy gave the person claiming to be Franco her digits. He continues prodding her: “You’re single? Where’s your hotel? Should I rent a room?” She demands that he prove he’s actually James Franco, and he sends her an image of Franco waving into his cell phone camera. He then gets pushy: “Yes or no? Tomorrow or Thursday?”

She eventually declines, but pushes him for more proof that it’s actually James Franco she’s speaking to; he sends her a photo of himself holding up a piece of paper with her name written on it. Then the conversation ends.

Who knows what really happened here—perhaps this was a inappropriate prank on someone’s part—but the whole situation just reaffirms that it’s easier than ever to get in touch with celebrities in ways that were impossible even five years ago. And now that famous folks can have their own official Tinder accounts, who knows what can happen?

See the entire alleged conversation between James Franco and a 17-year-old below, via screenshots. 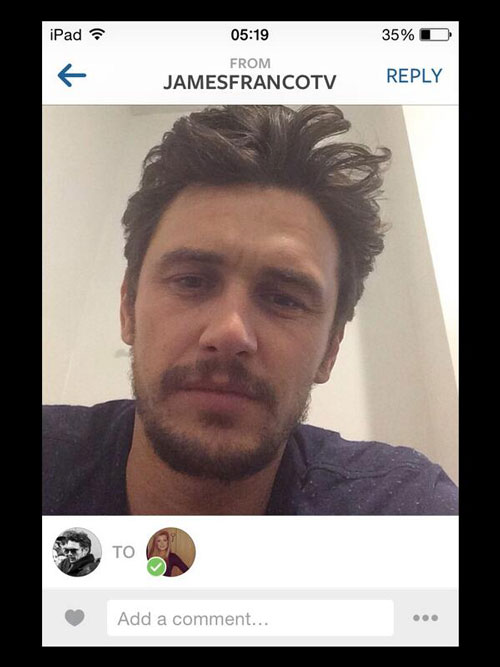 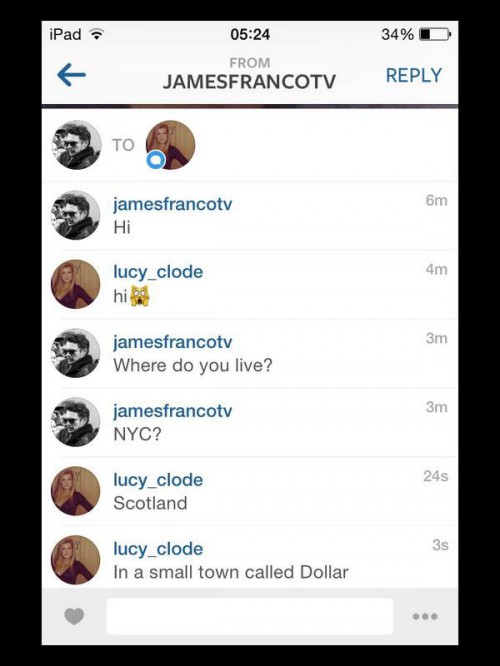 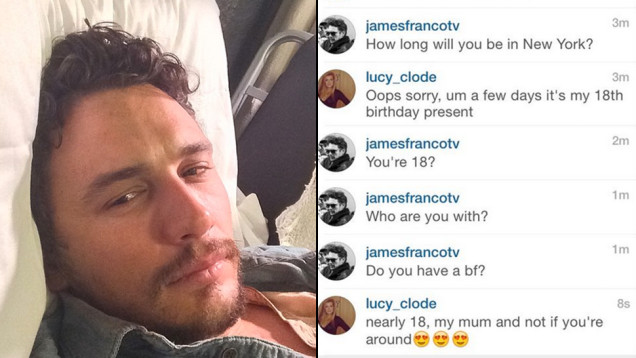 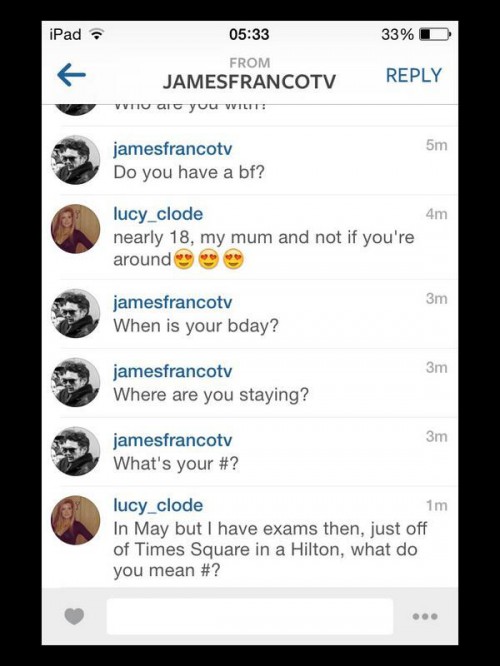 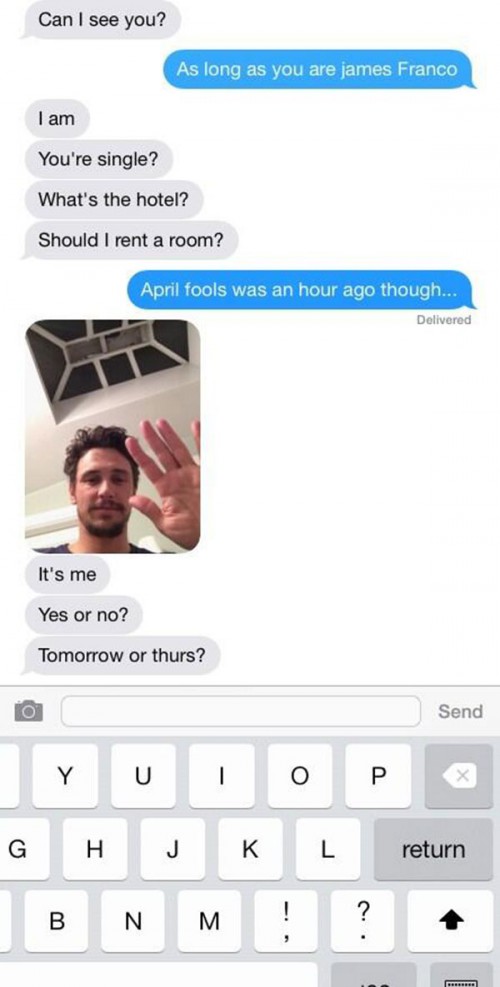 Update: After the story hit several major news outlets, Franco tweeted the below.

I’M NOT! I HOPE PARENTS KEEP THEIR TEENS AWAY FROM ME. Thank you https://t.co/I1d4n3yVe0

Update number two: Seemingly, the whole thing is somehow related to Franco’s upcoming film, based on his book of short stories “Palo Alto,” in which he plays a high school soccer coach who hooks up with his 14-year-old babysitter.

Update number three: Franco went on “Live With Kelly and Michael,” seemingly confessing to the incident, and asserting his “embarrassment” over the whole thing.