Jameela Jamil’s body positivity journey started in 2012 when she became the first woman to host BBC Radio 1’s The Official Chart, one of the station’s most popular shows, and increased listeners by 200,000. It was an incredible feat for the rising radio star, but the accomplishment made little effect on the news. Instead, the media reported on Jamil’s weight gain.

“They just reported that I gained three dress sizes and photographed only pictures of me bending over and just my ass or my thighs,” Jamil told SHE Media CEO Samantha Skey at BlogHerHealth19’s The Value of Women interview on Friday. “There would be photographers sitting outside my house all night and all day calling me a fat C-word to my face in hopes that I would cry.”

The body-shaming, which lasted six months, led to Jamil’s activism to change the way the media views women’s bodies, which resulted in her speaking in front of the British Parliament and with advertising agencies and releasing three plus-size clothing lines. It was the best year in her career. But it wasn’t until a half a decade later when she lost weight and became an actress, starring on the NBC comedy The Good Place, that Jamil’s body-positive activism took off. For Jamil, this was a sign of her privilege as a now-slimmer person and a double standard that exists when it comes to who is and isn’t listened to in the body positivity community.

“Now that I’m slimmer, people are listening to the same thing I’ve been saying for six fucking years, and that’s the biggest problem,” Jamil said. “When a bigger woman speaks out against the way society, the industry, the media and everyone around us shames us, you call them ‘jealous’ and ‘bitter,’ and you victim-blame them and make them feel like they’re a failure. But suddenly a slender actress on an NBC sitcom says it and everyone acts like it’s the first time anyone has ever heard it.” 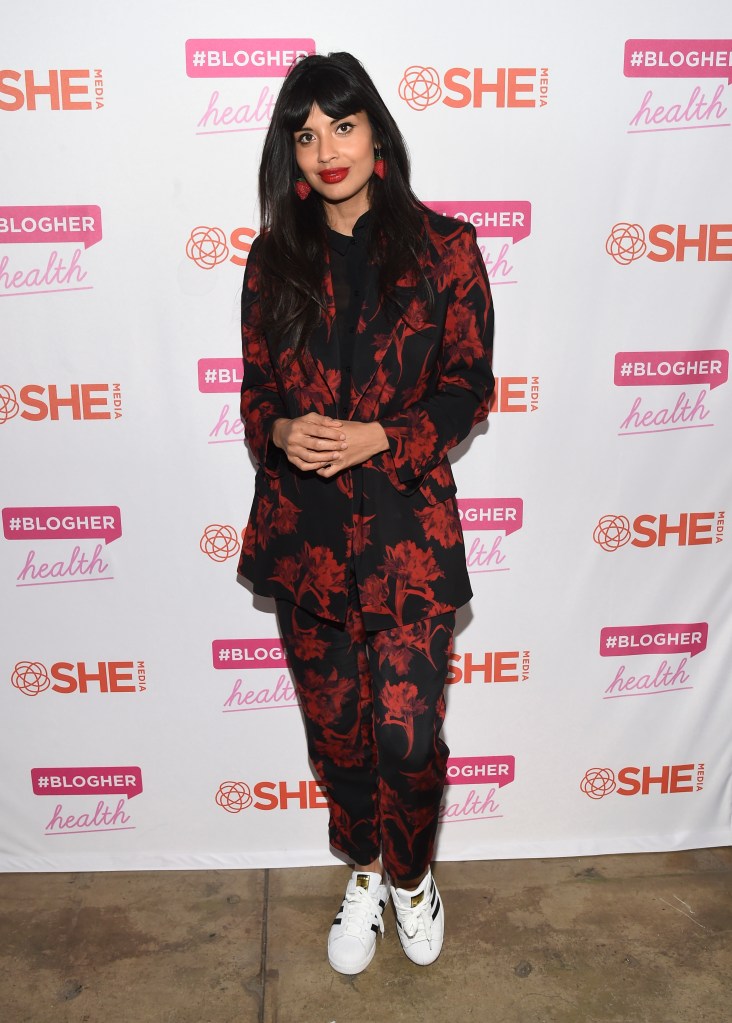 Though she’s aware of her privilege, Jamil makes clear that she isn’t trying to be the face of the body positive movement. Instead, she’s trying to use her voice to “pass the mic” to those who have been promoting body positivity longer than she has but may receive the same recognition.

“I’m not trying to take someone else’s credit or be the face of every different marginalized group. That would be insane,” Jamil tells reporters at BlogHerHealth19 “ I have the key. I’m just opening the door, so we can all go in and change the situation. But unfortunately only those with privilege have that key. And I wish it was different, but it’s not. And therefore, what do I do?” 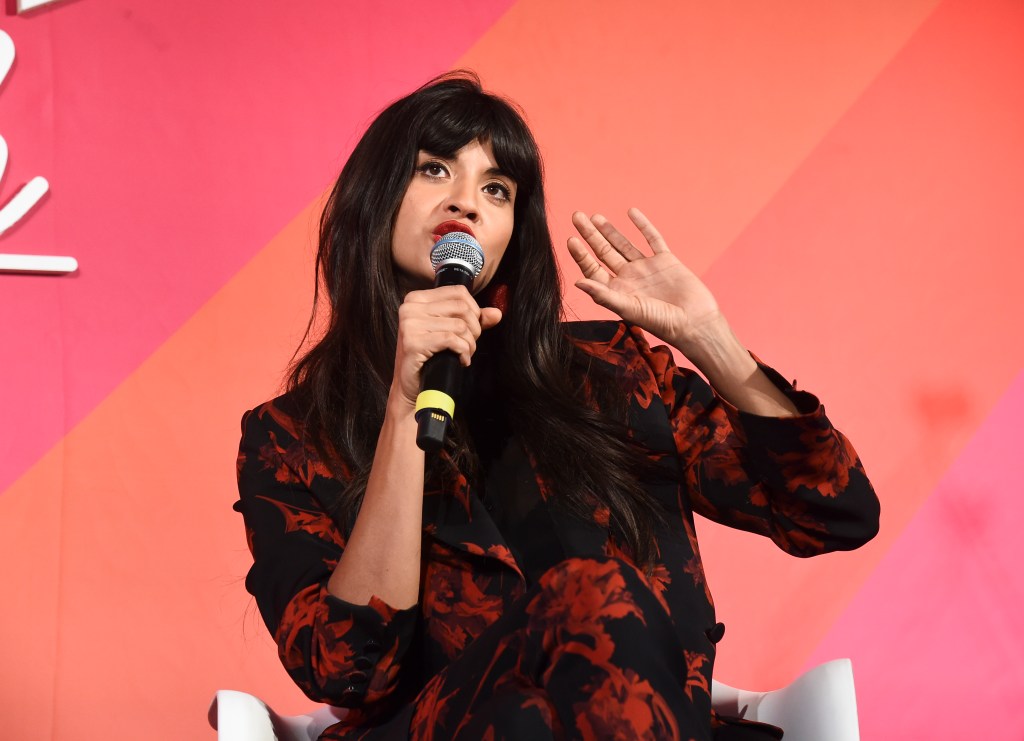 Jamil, who was a keynote speaker at BlogHerHealth19 for her work with I Weigh, is also aware her privilege doesn’t end with her weight. As someone whose feminism can always be more intersectional (therefore why she describes herself on her social media as a “feminist-in-progress”), Jamil is conscious to use her privilege to support those who lack it—and encourages others to do the same.

“My feminism wasn’t specifically targeting, helping and elevating cultures that weren’t mine,” Jamil tells reporters. “I was focusing on the plight of brown women and therefore ignoring the plight of Black women or women with disabilities or women who were deaf or blind or trans. Just not being a part of the problem isn’t enough. If you have privilege, you have to use it and you have to elevate those who are not given a voice because of discrimination.”

And though Jamil has become known for calling out celebrities, like Kim Kardashian and Cardi B, for promoting weight-loss teas on social media, she isn’t a fan of “cancelled culture.” Instead, she encourages fans to allow others to educate themselves, rather than writing them off immediately. “I don’t love woke-bashing,” Jamil tells reporters. “We sit there, ‘Mirror. Mirror on the wall. Who is the wokest of them all?’ None of us are perfectly woke. There’s so much more to learn. We don’t even know what we need to learn.”

As Jamil reminds fans, true equality doesn’t exist until everyone is equal. “Until we’re all free none of us are free,” she says.