It’s been less than two years since ITZY’s debut in February 2019, but they’re already ready for world domination.

The five-member K-pop girl group—which consists of Yeji, Lia, Ryujin, Chaeryeong and Yuna—released their first all-English album, Not Shy, on Friday, January 22. The album features English versions of ITZY’s first four singles, “DALLA DALLA,” “ICY,” “WANNABE” and “Not Shy.” “We were so thankful to our global MIDZY who love our music and who support us despite the language difference. Thus, we wanted to make this English version in return for their support and love!” Lia tells StyleCaster, referencing the girl group’s fandom name, MIDZY.

Ryujin adds, “We realized that many MIDZY are from different countries, so we thought that an English album could be a great way to get closer to them. Also, we can deliver our message way clearer to many more global fans this way.”

However, recording an all-English album wasn’t easy. While Lia, who went to an international school in South Korea and lived in Canada for a few years, is fluent in English, ITZY’s other members aren’t as fluent. “It felt new to listen to our music in English, and the recording process was very fun. The most challenging thing was the speed of our music,” Chaeryeong says. “It’s usually fast. Whenever I had a question about the pronunciation, I asked Lia; she was always there to help.”

Ahead, ITZY’s five members—Yeji, Lia, Ryujin, Chaeryeong and Yuna—talked to StyleCaster about how they came up with their group’s name, the English lyrics that were the hardest to pronounce and the K-pop idols they still fangirl over. 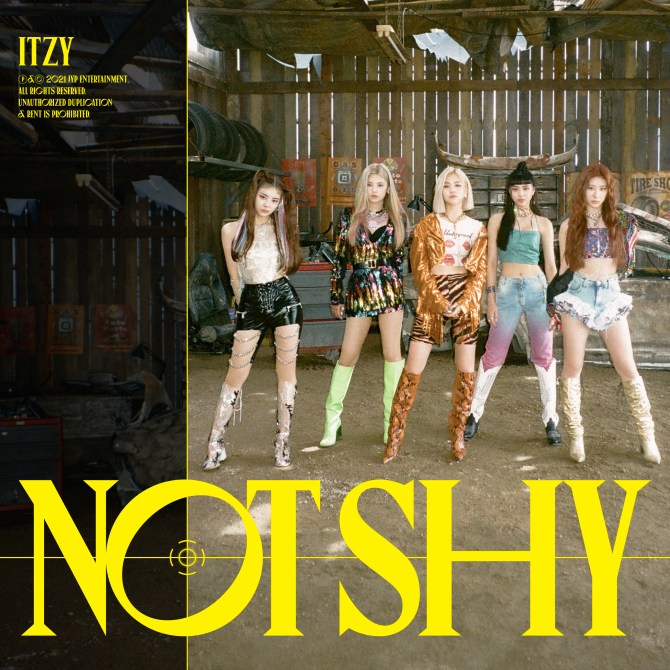 On the story behind “ITZY”

Lia: “In Korean, ‘ITZY’ means ‘to have,’ so you can say that ‘we have everything you want.’ On the other hand, ‘MIDZY’ means ‘to believe’ in Korean, and it rhymes with ‘ITZY’ in a cute way! Putting the two words together, we can create another meaning, ‘MIDZY believes in ITZY,’ and vice versa. I think that phrase reflects the relationship between ITZY and MIDZY.”

Yeji: “As it’s reflected on our group’s name and meaning, we have a special phrase, ‘All in Us!’ when we introduce our group name, like this: ‘All in us! Hi we are ITZY!’”

On how their English album felt different than past albums

Lia: “I had so much fun recording the English versions. The music felt different in English. Some of our members asked me how to pronounce some words from the lyrics and the meanings at times. I think we made this album helping each other!”

Yuna: “Well, it was a fun and new experience. I was able to see the songs from a different point of view. Sometimes, I found it challenging to sing in English, but Lia helped me a lot.”

In Korean, ‘ITZY’ means ‘to have,’ so you can say that ‘we have everything you want.’ – Lia

On the hardest lyrics to pronounce in English

Yeji: “In ‘Not Shy,’ there’s a rap part: ‘Clear your mind, clear it now.’ It has to be fast and clear, so it felt like a tongue twister.”

Ryujin: “The lyric, ‘Cuz the word hesitate’ in ‘Not Shy’ was really hard to say that fast.”

Yuna: “Nothing special. I found my favorite part in ‘ICY’ though, which is ‘bling bling bling shining like a star.’”

On their process when recording English lyrics

Yeji: “Sometimes I translate it by myself, and sometimes I look up the words to make sure I get them right. I ask Lia and Ryujin as well. I think understanding the meaning is so important for me to immerse myself.”

Chaeryeong: “I always read it out first. I check if I can sing it naturally and see how it gets translated.”

Yuna: “I look up the words that I don’t know and try to understand how it feels different from the original lyrics in Korean.” 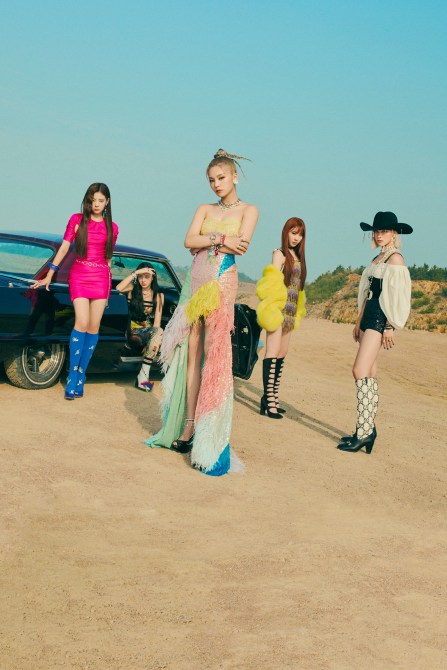 On the possibility of an original English album

Ryujin: “I hope so. While recording this album, I realized that Korean and English lyrics have different vibes. Both are cool, so I want to make another English album full of new vibes if there’s ever a chance.”

On their ideal concepts for their next comeback

Ryujin: “Maybe something a little darker or calm. We have shown energetic music so far, so I think it’d be great if we can show a new side of ITZY.”

Chaeryeong: “I don’t have any specific genres or concepts in mind right now, but It’d be cool to show our fans a jazz dance style, or something like that someday.”

Yuna: “I think R&B would be very new to try as ITZY, or maybe a fan song for MIDZY!”

I want ITZY to keep growing so that more people could get a chance to be inspired by our music. – Ryujin

On their dream collaborations

Yeji:  “I listen to Ariana Grande’s music a lot, so it’d be a dream come true if we could make music together! I also wonder what kind of synergy we could generate!”

Lia: “I wish I could work with Kehlani one day! She’s one of my favorite artists.”

On their favorite celebrity encounters

Yeji: “Wow there’s a lot. I was so happy to see Taemin’s performance last time. Also, it was amazing to see Sunmi!”

Chaeryeong:  “Since I was a little kid, I’ve always wanted to be a singer, so there were a lot of celebrities I wished to meet. Among other fantastic people I met, I was amazed to see Yoona from Girls’ Generation at the year-end award in 2019.” 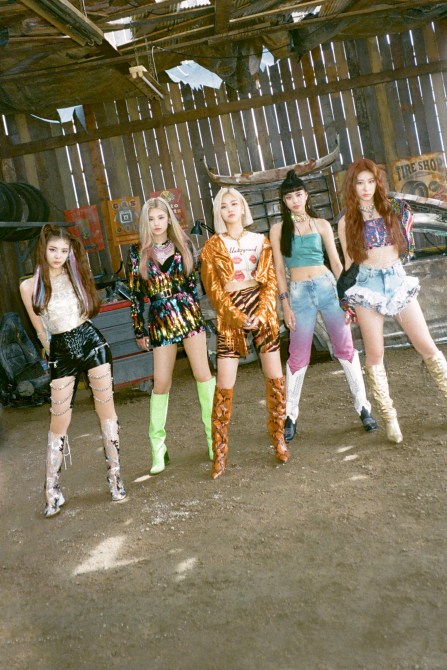 On their goals in America

Yeji: “I want to try as much as I could! To dream big, I want to see our music on main Billboard charts.”

Lia: “I want to perform at big shows like outdoor festivals surrounded by our fans, MIDZY, one day!”

Ryujin: “I want ITZY to keep growing so that more people could get a chance to be inspired by our music.”

On their messages to MIDZY during this time in the world

Yeji: “The situation could be frustrating, but I hope we could get through this together! MIDZY, stay healthy and we always thank you for your support! Miss you!”

Lia: “Though the circumstances are tough, I wish we can get through it without losing hope and smiles. It seems like we are far away, but we’re always with you. I will wait until the day we can meet face to face.”

Ryujin: “Hope you guys stay safe and see you when the pandemic ends! We will try to be with you as best as we can until then!”

Chaeryeong: “I wish everyone stays safe until the day we meet in person! I miss you so much! Thank you so much for your love! We love you too!”

Yuna: “Keep in mind that ITZY is always with you, MIDZY! We’re rooting for you!”

Not Shy (English Ver.) by ITZY is available on Amazon, Spotify and Apple Music.