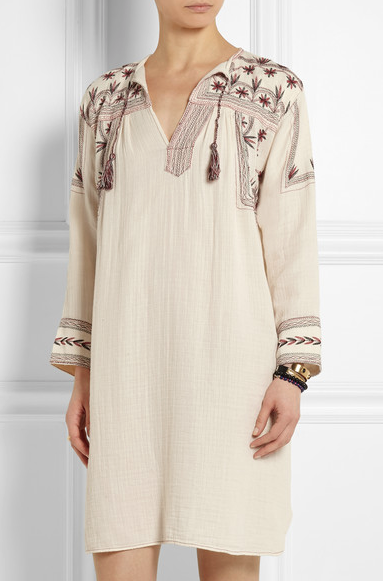 The offending piece via Net-a-Porter

French designer Isabel Marant has made a career of translating her signature aesthetic—bohemian meets Parisian It-girl—into covetable, often ethnically-inspired items for which the fashion crowd is more than willing to shell out serious cash. However, according to the indigenous Mixe Women of Santa Maria Tlahuitoltepec in Oaxaca, Mexico, a recent blouse from Marant’s Spring 2015 lower-priced Etoile collection is way too similar to the traditional garb they’ve worn for centuries.

At a press conference last week, the women stated: “Isabel Marant is committing a plagiarism because the Etoile spring-summer 2015 collection contains the graphical elements specific to the Tlahuitoltepec blouse, a design which has transcended borders, and is not a novel creation as is affirmed by the designer.”

For her part, Marant has copped the gaffe: “She has presented submissions which expressly point out that these designs come from the village of Santa Maria Tlahuitoltepec in the province of Oaxaca, in Mexico,” Marant’s team stated. Perhaps adding insult to injury, The Guardian explains that, “The dress is on sale on fashion site Net-A-Porter for £200, [currently on sale in the U.S. for $182.50] the equivalent of 4,500 Mexican pesos. The original blouse costs around 300 pesos in Tlahuitoltepec.” 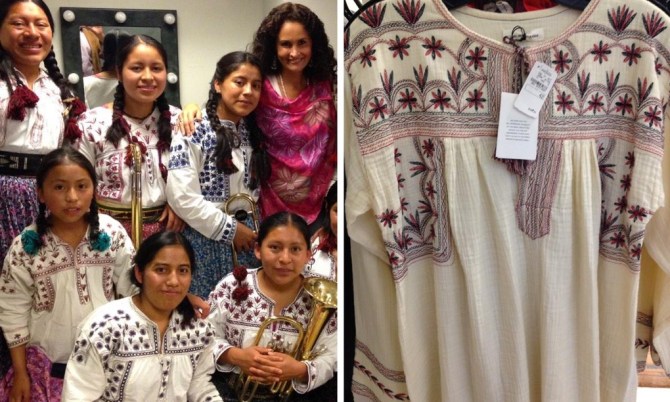 The image above is explained by The Guardian:

In January this year, Oaxacan singer Susana Harp tweeted a picture of a blouse from Marant’s Etoile collection beside a picture of the 600-year-old design for the traditional Tlahuitoltepec blouse produced in the south. An image of the two designs went viral with #miblusadetlahui trending on Twitter, and prompted national debate surrounding the issue of cultural appropriation in the fashion industry.

In case this wasn’t enough for you — here’s the major kicker: fashion label Antik Batik claims it was in fact, their design before Marant plagiarized it from them. We’re pretty sure, given the somewhat damning images comparing Marant’s blouse to the Mexican original, they should back off this one sooner than later.