Dead to Me season 1 Jen Harding, a real estate agent whose husband, Ted, was killed by a hit-and-run driver near their home in Laguna Beach, California. The driver was Judy Hale, a woman Jen meets at grief support group and becomes her friend, and in the passenger seat that night was Judy’s ex-fiancé Steve Wood. In the season 1 finale, Judy tells Jen that she was the one who killed Steve. Out of guilt, Judy takes out hundreds of thousands of dollars from her bank account with Steve to give to Jen, who she lived with at the time. When Steve comes to Jen’s house to look for Judy and the money, Steve and Jen get into an argument, where he tells her that he was also in the car that night and told Judy to keep driving. The last we see Steve alive is when Jen points a gun to his face. The next time we see him, Steve is face down with his eyes open in Jen’s pool as Jen and Judy (who Jen calls to come over once her fight with Steve became dangerous) look at him.

So is Steve dead? Dead to Me season 2 started where season 1 ended. Jen and Judy fish Steve’s body out of the pool and put him in a locked freezer chest in Jen’s garage. Jen then scrubs the cement around the pool of any blood or evidence that connect her to Steve. At the end of the first episode of season 2, a man who looks identical to Steve shows up at Jen’s door. Plot twist! Just kidding. It’s not Steve. It’s Steve’s identical twin brother, Ben, who comes to look for Judy because he hasn’t heard from his brother in a few days. 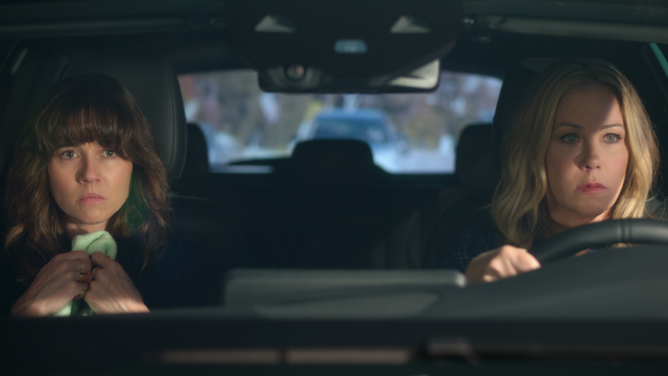 So to answer your previous question, yes, Steve is dead. But Jen didn’t shoot him. Through flashbacks in season 2, we learn that Jen tried to shoot Steve after he called her a “cunt” and suggested that Ted wanted to divorce her and kill himself. That’s when Jen takes a wooden bird from out of her robe pocket and smashes Steve’s head with it. When Steve looks back at her, with a bleeding skull, she pushes him in the pool where he drowns. That’s when Judy comes to help move Steve’s body from the pool to the freezer. When Jen’s garage becomes infested with rats, who can eat through the freezer with their razor-sharp teeth, Jen and Judy drive to the Angeles National Forest (where Jen’s son’s friend, Shandy, told her there are other bodies buried) to bury Steve. Meanwhile, Ben is on the hunt for his missing brother, unaware that he’s been with Jen and Judy this entire time.