UPDATE #2: Us Weekly is reporting that Jessica Biel and Justin Timberlake are in fact expecting their first child. “Right now they are just enjoying the news for themselves,” one source tells the mag. “They just want a happy baby.”

Now all we need is a confirmation from the couple and we can put these updates to rest!

UPDATE: While Jessica Biel and Justin Timberlake have yet to confirm their baby news, at least one person close to the couple has unknowingly let the news slip! An Instagram post from InStyle Editor-In-Chief Ariel Foxman shows an old photo of the editor and the actress, with the caption: “Congrats @jessicabiel on your impending motherhood … Looking forward to the red carpet maternity style pix to come #tbt.”

PREVIOUSLY: Radar Online is reporting that Jessica Biel, 32, is pregnant with her first child with hubby Justin Timberlake, 33. But can the rumors be believed? 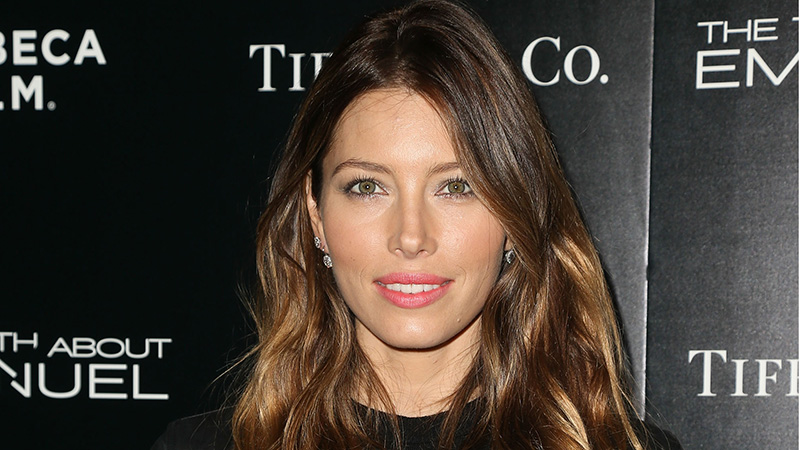 The online tabloid claims to have a source who revealed that the actress is three months pregnant, and due in April. And with several outlets posting pictures of Jessica noticeably covered up recently, the many layers of clothing (and bump-ish tummy) could suggest she’s got something to hide.

MORE: How Kim Kardashian Made Over $2 Million On Her 72-day Marriage

Radar also cites a second source, one who suggests that the couple’s infertility is the reason they’re keeping their pregnancy a secret. “Jessica has had tense times in the past when it comes to having a baby,” said the insider. “So it is not surprising that she is staying mum on confirming the news publicly yet.”

Also a reason to keep mum? The Timberlakes have never been a couple known to bask in the spotlight. Aside from their People Magazine wedding spread, Jess and Justin often choose not to walk red carpets together, and shy away from supporting each other at public events. Jessica’s absence from Justin’s 2013 American Music Awards performance and subsequent SNL hosting stint fueled rumors of a breakup, only to be shot down by Mrs. Timberlake, herself.

“I’m watching from the couch tonight,” she tweeted. “Calm down, internet.”

MORE: Halloween Candy For Under 100 Calories

So while the recent paparazzi pics (and this lovey dovey Instagram pic) prove that the couple is still very much together, only time will tell if there really is a little baby on the way. After all, layers can only hide so much.