Ever since Colton Underwood was cast as the lead of The Bachelor, fans have wondered: Is The Bachelor Colton Underwood still a virgin? Fans finally received that answer on the season 23 of The Bachelor on Tuesday, March 12, where Bachelor Nation learned that Underwood is—drumroll, please—no longer a virgin. The finale saw Underwood reuniting with Cassie Randolph, who broke up with him in last week’s episode because of her unreadiness to become engaged.

After Underwood broke up with his runner-ups, Tayshia Adams and Hannah Godwin, and confessed his love for Randolph via surprise visit to her hotel room, the couple reunited and traveled to Spain for their final date, where Randolph met Underwood’s family and the two spent the night in their Fantasy Suite. As fans know, the Fantasy Suite is the Bachelor’s first overnight date without cameras, where there’s the possibility of sex.

When it came time for Underwood and Randolph to spend the night together, Underwood came out of the hotel room and told the producers, “I love you. I love you. I love all of you people. But there’s a door right here and I’m going to need you to get out.” Just as he’s about to close the door, Randolph remembers that they’re still mic’d. “Wait! We’re mic’d!” she says. The producers then rush to un-mic them before Underwood finally closes the door. “Good luck,” a producer tells Underwood as he closes the door. 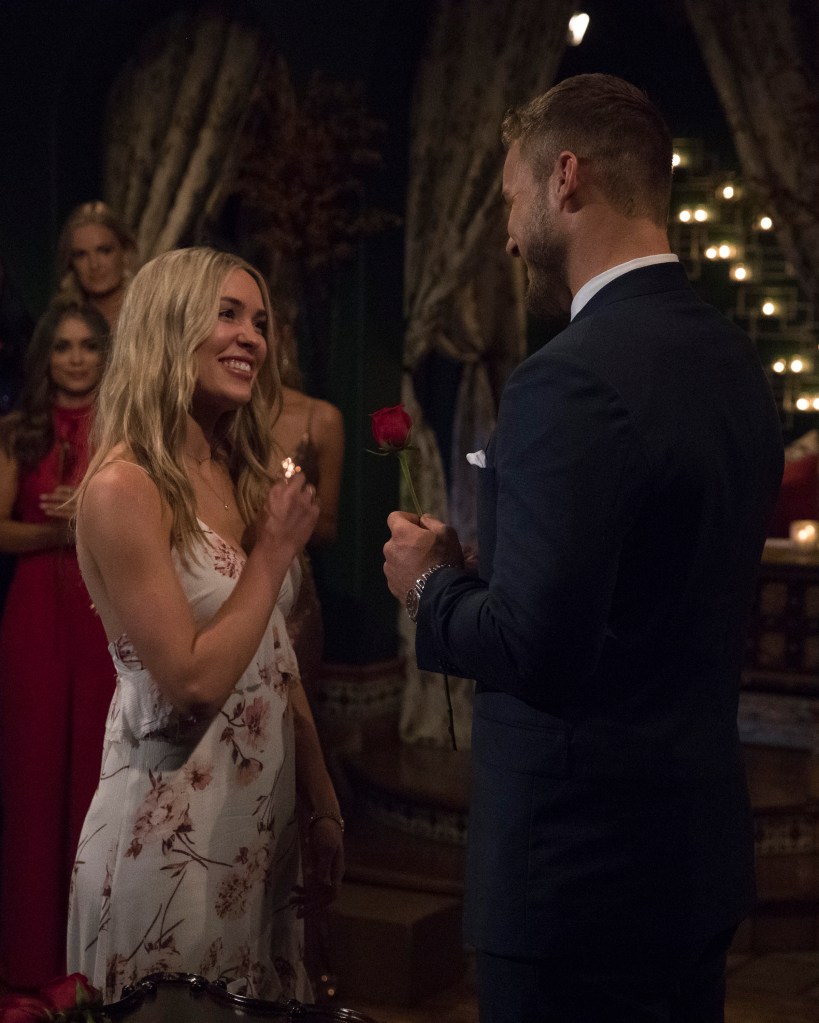 But what happened? When the producers caught up with Underwood the next day, he remained coy about what happened between him and Randolph during the Fantasy Suite. While he didn’t say it out-right, fans pretty much got the gist. “Last night with Cassie was absolutely incredible. I feel like a man. We had an amazing night. We did what was best for our relationship, and we grew as a couple,” he said. “A gentleman never kisses and tells. But I do want you to know that I’m very happy, and you can use your imagination.”

When Chris Harrison caught up with the couple on the After the Final Rose, Randolph and Underwood confirmed they’re happy and in love, but they have no current plans for an engagement. They ended their interview by Underwood giving Randolph the final rose he never gave her on the show.

Harrison then asked the big question: Did Underwood lose his virginity? Here’s how he responded, “I know I’ve been open and candid about my virginity, but now since there’s two of us in this relationship, we’ll that to ourselves.” Harrison responded, “I’ll take that as a yes.”