“So like, what’s your sign?” is something you hear a lot in Los Angeles. And since moving to LA earlier this year, I’ve been rethinking my expectations on conversation starters. In New York, new acquaintances would ask me what I do in terms of work; here, they need to know my sun, moon and rising sign. Even though they’re just trying to figure out my vibe, it does beg the question: is astrology real? Or is it just another form of small talk that breaks the ice?

The most relevant way astrology influences your life is through horoscopes, which can sometimes be hit or miss! However, it’s a well-kept secret in astrology that you should be checking both your sun *and* rising sign’s horoscope for more accuracy. Rising signs change every two hours, while sun signs change every thirty days, which make it a much more specific astrological placement. The rising sign is also known as the first house of the self, which describes your sense of identity and the unique way you navigate the world. And because horoscopes are written with all 12 houses of astrology in mind, you need to know what zodiac sign rules over your first house in order to know the rest.

For the record, I’m a Leo sun, Taurus rising, and Pisces moon. While your sun sign dictates your ego and overall character, your rising sign represents the energy you put out into the universe. Your moon sign rules your emotional nature and how you internally process your feelings. I’m a hardcore Leo; someone who’s deeply loyal and proud, but my Taurus rising gives me a love for luxury and stability that keeps me grounded. My Pisces moon is where I attribute my creativity, romance and compassion. Plus, it also gives me a sprinkle of mystery!

As someone with a mild yet functional case of anxiety, I have a penchant for reading my horoscope ahead of every month to get a feel for what’s in my near future. The stars and astrology always give me a much-appreciated heads up. Now that it’s July, I’m curious to see how my June 2022 horoscope stacked up against my actual experiences over the course of the month. Looking back, it was filled with havoc but it was also frantically fun!

I Compared My Life To My Horoscope—Here’s What Happened 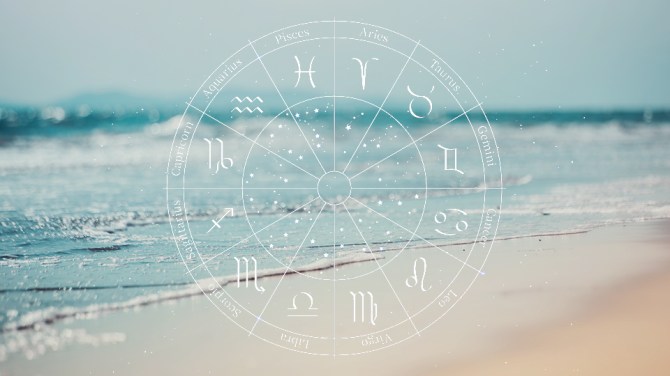 My Taurus rising’s horoscope: Get it together, Cam! You’re getting a clearer perspective of yourself and what you think now.

My Leo sun’s horoscope: You’re on the verge of a major breakthrough in your career. Things are already easier to control, especially as Mercury begins to turn things around in your 10th house of ambition.

What really happened: I submitted my first three article drafts to STYLECASTER and I’m waiting on them to get published in the next few weeks, which is super exciting! I also only consumed extremely cheesy pasta (I’m gluten intolerant) and alcohol on this day in Little Italy, which made me almost throwing up on the L train while breaking out in cold sweats. Luckily, my boyfriend walked me back with some Essentia from the bodega as I hobbled back to his apartment in tiny Amazon mule heels. Clearly, Mercury retrograde wasn’t through with me yet!

My Taurus rising’s horoscope: An unexpected shift in your relationship may come to light. You may be craving more independence, especially if the people you surround yourself with aren’t giving you the freedom you need to explore.

My Leo sun’s horoscope: Venus joins forces with Uranus in your 10th house of public image, and you may be putting out a newsletter of groundbreaking news. This reflects a new aspect of your career that’s beginning to make itself known. You may feel like expressing yourself even more and connecting with people who understand your ambition.

What really happened: My first two STYLECASTER articles got published on June 7 and June 9, so that’s a new aspect of my career that’s starting to blossom. I was also supposed to return to Los Angeles on June 12, but decided to extend my trip to New York all the way until June 19, especially since this was an expensed work trip. One more week with friends and the boyfriend—I’ll take it! 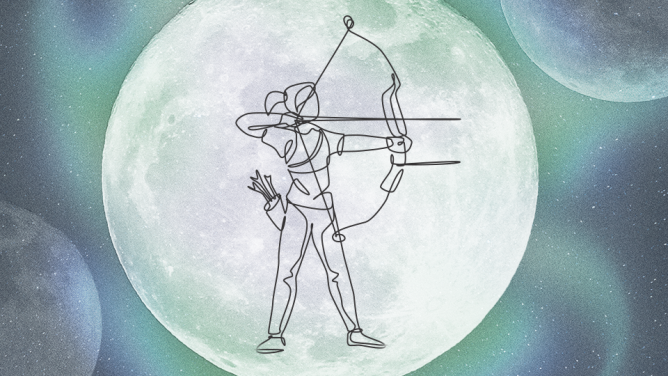 My Taurus rising’s horoscope: You’re getting a stronger sense of stability in your self esteem as well as your finances. The full moon in Sagittarius will challenge your comfort zone. It brings revelations to your eighth house of intimacy and joint finances, realizing where you start and another person begins. Be careful with your limits and boundaries and protect your energy.

My Leo sun’s horoscope: The full moon in Sagittarius sets off fireworks in your fifth house of fun and pleasure. Revel in how it feels to create art and share the abundance with others.

What really happened: I had a relaxing weekend, but this was the beginning of a rough week that really pushed me outside of my comfort zone. Luckily, the week began on a beautiful note, as I visited  Brooklyn Bridge with my boyfriend (his first time there)! His roommate also mysteriously went missing for 24 hours, which can totally be attributed to the full moon chaos.

My Taurus rising’s horoscope: The energy lightens up as we transition from Gemini season to Cancer season. Cancer will activate your social third house. Talk about what interests you and discover new interests in the process. Venus also enters your second house of money and luxury, attracting wealth and abundance.

My Leo sun’s horoscope: The sun will move through your 12th house of spirituality as you crave a retreat. Venus spreads its flirtatious energy through the community-oriented 11th house, keeping up with social scene developments. Inner exploration can mean big results.

What really happened: Turns out the roomie got his phone and car stolen and had to deal with a family medical emergency. He didn’t disclose any of this to the boyfriend while sulking (rightfully so), and as a result, tensions in the apartment were high. Perhaps Cancer season kicked things up a notch? Maybe the full moon was still having an impact on him? It’s up for interpretation!

As for my flight back to Los Angeles on June 19, it got delayed and then canceled just as we were about to board! After six hours spent waiting at JFK, I returned to Brooklyn and fell into the arms of my boyfriend once again. He sweetly greeted me back with wine and made dinner for my sad mopey self (he is a Scorpio, after all). My bag made it to Los Angeles somehow, though? Anyway, my new flight was rescheduled for June 22. During this time, I was definitely craving the retreat of being welcomed back in my own apartment after so many delays. Maybe the material girl moment my Taurus rising mentioned was about the $200+ I spent on Ubers going to and from JFK? It would certainly make sense.

June 28: Sun squares off with Jupiter in Aries

My Taurus rising’s horoscope: You’re on the brink of a major epiphany, as the sun in Cancer squares off with Jupiter—planet of growth—in your intuitive 12th house. You’re called to explore spirituality and imagination. There’s focus in your third house of communication as you propel toward an exciting new idea, new friends, and deeper alliances.

My Leo sun’s horoscope: The sun in Cancer will square off with Jupiter in your ninth house of wisdom and adventure. Start planting the seeds of something new as you may be letting go of a weighty responsibility from your past.

What really happened: My flight on June 22 got delayed for three hours on the tarmac due to weather. I almost didn’t make it back, yet again! My third article for STYLECASTER got published on June 23, which is also the one day I was able to relax in my own apartment in Los Angeles. I was abruptly decided to drive eight hours up to San Francisco because I received news my dad that is *finally* coming back from Shanghai! He was stuck in China for almost a year because of COVID travel restrictions. I drove up on June 24 and was able to reunite with my whole family until June 28. It felt good to return to my roots, if not just to rest and retreat before things start picking up speed again in July. 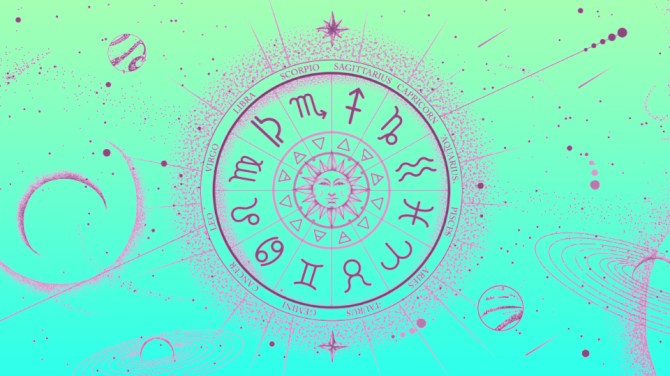 Was My Horoscope Accurate?

Reflecting back on an eventful June (to say the least), it looks like both my rising sign and sun sign horoscopes are aligned with different parts of my life. For instance, the planetary alignment on June 11 led to a delayed flight, but also a longer stay in New York. This gave me more time with my close social circle and unfolded as an unexpected shift in my relationships, which is something my Taurus rising’s horoscope claimed would happen. Meanwhile, my first two stories for STYLECASTER got published, which makes sense, considering my Leo sun’s horoscope said I would be making waves in my career this month and putting out a “newsletter of groundbreaking news” in my profession.

This little social experiment guided me in the right direction and warned me of what’s to come. And because my horoscope did, in fact, feel accurate, I’ll definitely be checking my horoscope again in July to see what the stars have in store for me next. I have a feeling that my new LA friends would agree!

Related: I Used Astrology To Get Pregnant—Here’s How