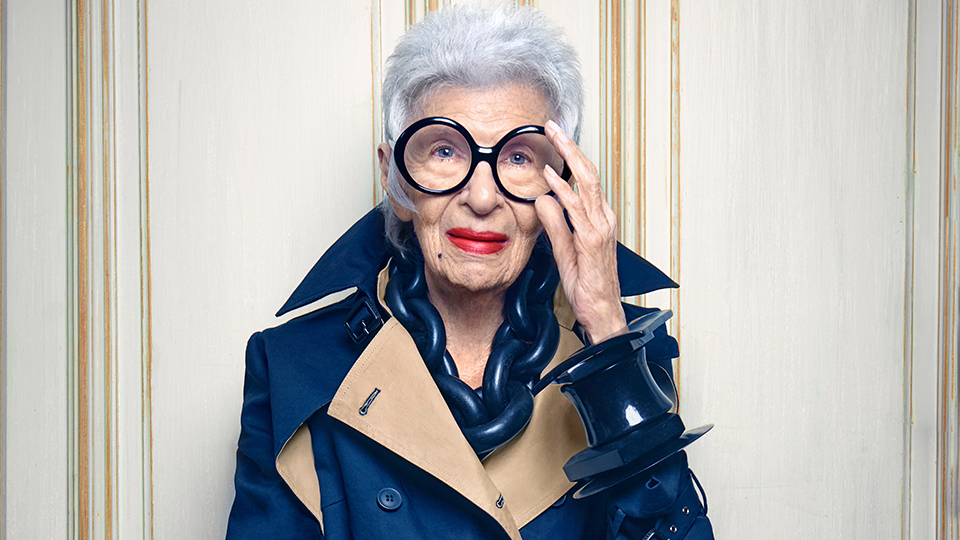 Iris Apfel does not suffer foolish questions gladly—particularly when they relate to misguided ideas about style. At 94, she’s earned the right to be a little tired of it all, especially since she’s spent decades as the poster girl for personal style, while everyone around her—in her view, at least—has become bogged down with trends and stifled by prescriptive ideas of what one should and shouldn’t wear.

In case you missed her rapid late-in-life rise to fashion-world fame, here’s a refresher: born in New York City in 1921, Apfel made her name as the co-owner of a celebrated textile firm, Old World Weavers, which she ran alongside her husband of 67 years, Carl Apfel, who passed away last August. In 2005, the Metropolitan Museum of Art hosted a retrospective of her expansive, distinctive wardrobe called “Rara Avis: The Irreverent Iris Apfel,” which led to magazine covers (Dazed & Confused, Stylist), ad campaigns (MAC, Kate Spade New York), and an accessories line with HSN, as well as a documentary called “Iris,” which was released last year.

Her latest gig is the spring 2016 campaign for Blue Illusion, a French-inspired, Australian-based retailer that is in the midst of a U.S. expansion. The label’s designs skew classic and timeless—which according to Apfel, provided the perfect canvas for personalization. Of the shoot, which took place in her apartment and featured all of her own jewelry, she said: “I enjoyed it because the clothes were very basic and well-made and well worth the money, and then you have a platform to do your own accessorizing, which I like.”

Read on for Apfel’s stance on the real vs. faux fur debate, her opinions on Ugg boots and sneakers, and her take on celebrity style (or lack thereof) in 2016: 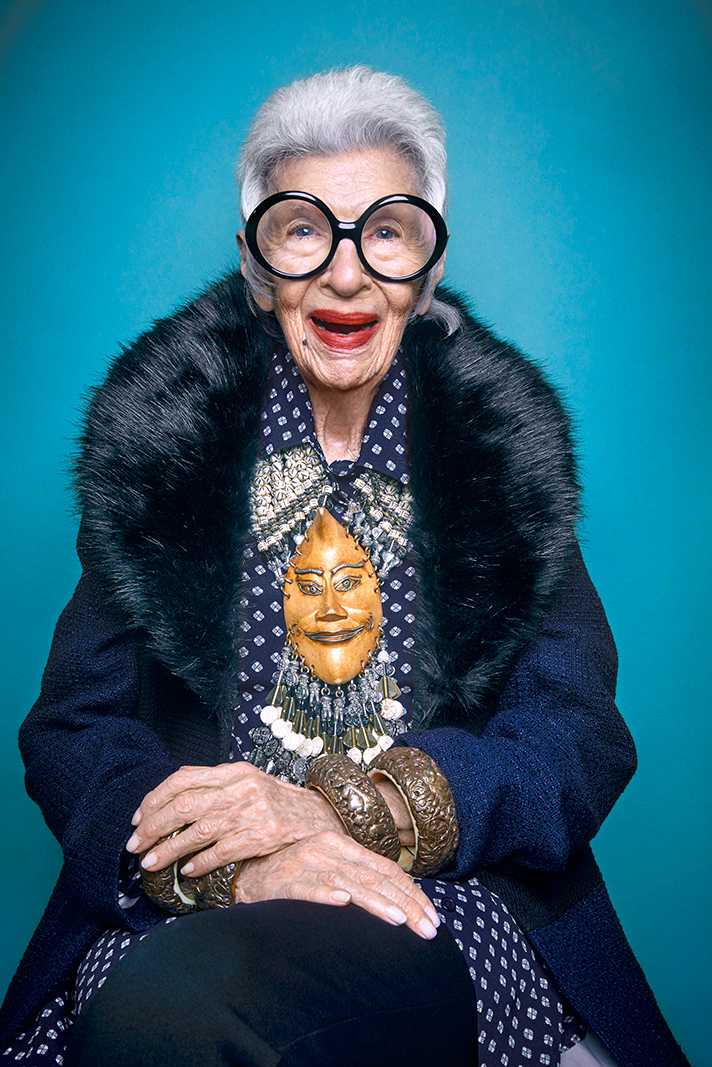 In what decade do you think people had the best style?

I think there were people that had good style in almost every decade. I think the ’60s, ’70s, and ’80s were the glory days of American designers, and I think there was more style available than ever. I couldn’t pick one decade. I would say that whole period when Norman Norell and Trigère and all those people were working.

What’s the thing that annoys you most about how young people dress today?

I think they should be more individual. They all dress alike. When it’s cold out in New York, all the young women seem to have a uniform: They wear black tights and high black boots and black leather bomber jackets, and from the back, you’d think it was all the same person.

Oh, definitely costume jewelry. I’m not interested in fine jewelry. I think manufacturers and artists are much more creative with costume jewelry because it doesn’t cost so much, so they can take more chances and do more interesting pieces. When you go in to buy a serious piece of jewelry, you want something that’s more classic. I’ve never cared too much for fine jewelry. Since I was 11 years old, I’ve been oohing and ahhing at costume jewelry and collecting it. I mean to me, [diamonds] wouldn’t be an investment because I don’t care about them.

Can sneakers be stylish?

Anything can be stylish if it’s properly designed. I think fashionable is more the word. Stylish is a word that people throw around, and I don’t think there are too many people with style. I don’t think you can learn style—I think it’s in your DNA. You have to work at it. Oh, but Donald Pliner for example—I have a pair of his sneakers, and they’re stunning—they’re black and they have black sequins and they’re so chic. A lot of sneakers I think are quite ugly, but there are some very interesting ones around.

Are you familiar with Ugg boots?

How do you feel about them?

I’ve never thought about them. If they’re warm and they’re practical, then that’s one thing, but I guess today people wear them to be fashionable.

Is there any celebrity whose style you admire today?

How about in the past?

A lot more stylish people in the past. I used to love the way Pauline de Rothschild looked—you probably don’t know who she is—or … she was the Standard Oil heiress [Millicent Rogers]. Very unusual, out-of-the-box women. They always looked marvelous and they were very, very different. There are a lot of people who are very fashionable and very good-looking and look well all the time, but that doesn’t mean they have style. I think style implies originality and thoughtfulness and an expression of one’s self, not just being a fashion plate—which is a very nice thing to be, but that’s not style. I’m not knocking it, understand that.

Why do you think that celebrities don’t have that kind of style today?

Because they haven’t got it! I mean why are some people not beautiful? It’s a matter of something from your inner self. You have to work at it—a lot of people don’t want to spend the time at it and a lot of people, if they worked on it from now until doomsday, couldn’t get it. It’s something inherent, and it’s a matter of attitude, attitude, attitude.

The Oscars are coming up: Is there anything you wish someone would wear on the red carpet?

I don’t like the red carpet because everybody always looks the same. All the beautiful starlets—first of all, they don’t dress themselves; somebody dresses them. So they’re like mannequins. It’s not original. I like people who look original and who express what they are. You see, there’s always trends, trends—it’s a showcase really for designer clothes, that’s what it is. 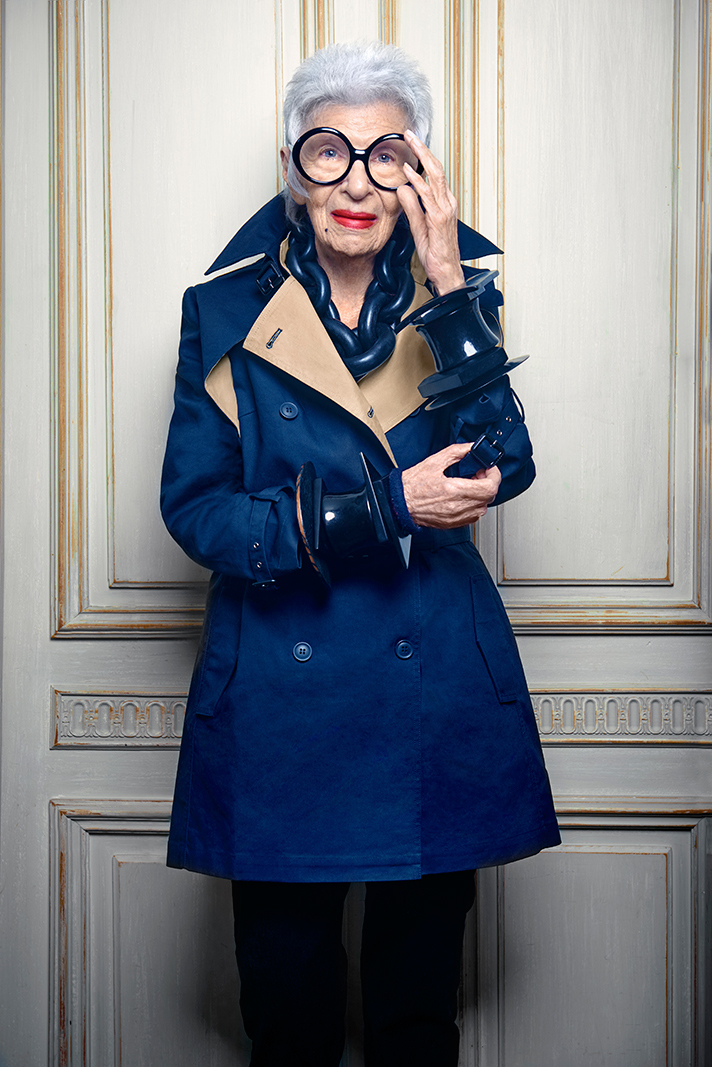