A breakup is hard enough, but we can only imagine how tough things are for Irina Shayk after her split from her boyfriend of four years, Bradley Cooper. Sources close to the couple revealed Irina Shayk’s reaction to those Bradley Cooper and Lady Gaga dating rumors, and how she found the chatter “difficult”, even if she knew there was nothing romantic between the costars.

According to a source for Us Weekly, Cooper and Gaga’s close relationship on A Star Is Born and their intimate performance at the 2019 Oscars weighed on Shayk. Per the source, the Oscars performance in particular really set off rumors that Cooper and Gaga were an item, which forced the singer to publicly deny the affair and confirm she and Cooper are genuinely friends. Gaga later explained what the world was seeing at the Oscars was simply good chemistry.

“The movie had a major impact on Bradley and Irina’s relationship,” the source claimed. “Even though there was nothing romantic between Bradley and Gaga, the noise was difficult for Irina to deal with.”

Though Gaga did nothing to directly affect Shayk and Cooper’s relationship, we can only imagine how tough it was to endure public speculation the singer and the actor-director were becoming closer while filming A Star Is Born, especially Shayk was working and caring for her and Cooper’s 2-year-old daughter, Lea de Seine Shayk Cooper. Us Weekly’s source also claims that Gaga “felt bad” about the rumors and that she “isn’t going to get together” with Cooper after their relationship. 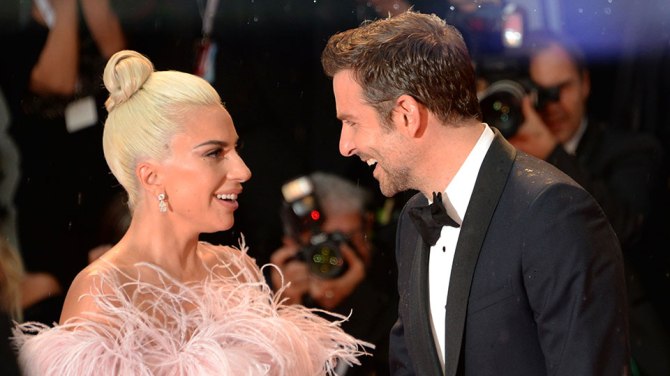 As Cooper and Shayk move on from their relationship, Shayk is staying focused on her work and in her own lane. She hasn’t publicly addressed the split, nor has she posted about it on social media. She and Cooper reportedly have a co-parenting plan in place to remain devoted parents to Lea while also forming new, healthy boundaries between themselves. Right now, Shayk is all about moving on rather than staying stuck in the past.