You can preorder the water-resistant, jet-black iPhone 7 in two days. It hits the market September 16. And today, the highly anticipated new phone was officially unveiled to much fanfare during a presentation in San Francisco. According to Apple, “iPhone 7 dramatically improves the most important aspects of the iPhone experience.” We believe it, considering the new phone’s specs.

Features include the best performance and battery life ever in an iPhone (thank goodness), advanced new camera systems (intriguing), “immersive” stereo speakers (yes to that, whatever it means), faster LTE, the brightest, “most colorful” phone display, and—perhaps most exciting of all—the new phone is water-resistant. OMG. 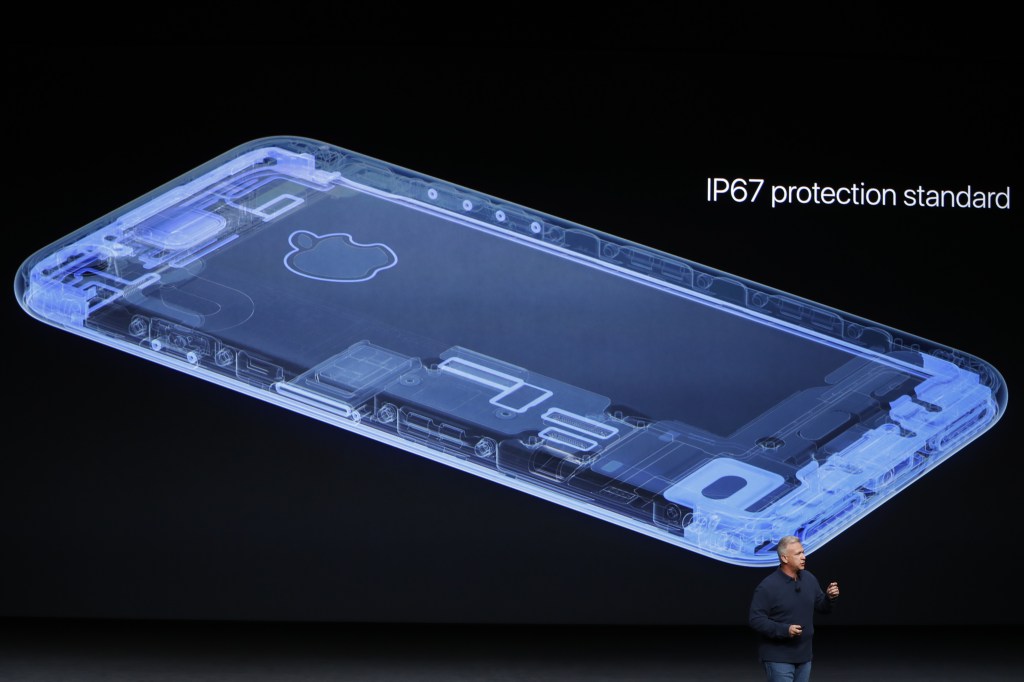 Before you get too excited, keep in mind that water-resistant does not mean water-proof—though the new phone may survive a minute in a rainstorm (or, more predictably, a quick dip in a toilet), you can’t take it deep-sea diving (that’ll be the iPhone 8).

The phone body is made of aluminum and looks super glitzy—Apple “used robots to spin the aluminum bodies through sand to make it insanely shiny,” Tech Crunch reports.

If you’re wondering how this’ll affect your Instagram game, the new phone has “optical image stabilization, allowing for up to 3x longer exposure,” the publication writes. “The iPhone 7 camera has a six-element, 1.8 aperture lens, a 12 megapixel sensor that is 60 percent faster, with a quad-LED flash with 50 percent light output. Plus, the iPhone 7 will have a 7-megapixel front camera, up from a 5-megapixel camera on the iPhone 6s.”

There’s also an iPhone 7 Plus on offer, which has not one, but two 12-megapixel cameras on the back. “The dual-lens setup allows for both wide angle and telephoto—one lens handles 1x zoom and the other hands 2x zoom,” Tech Crunch reports. 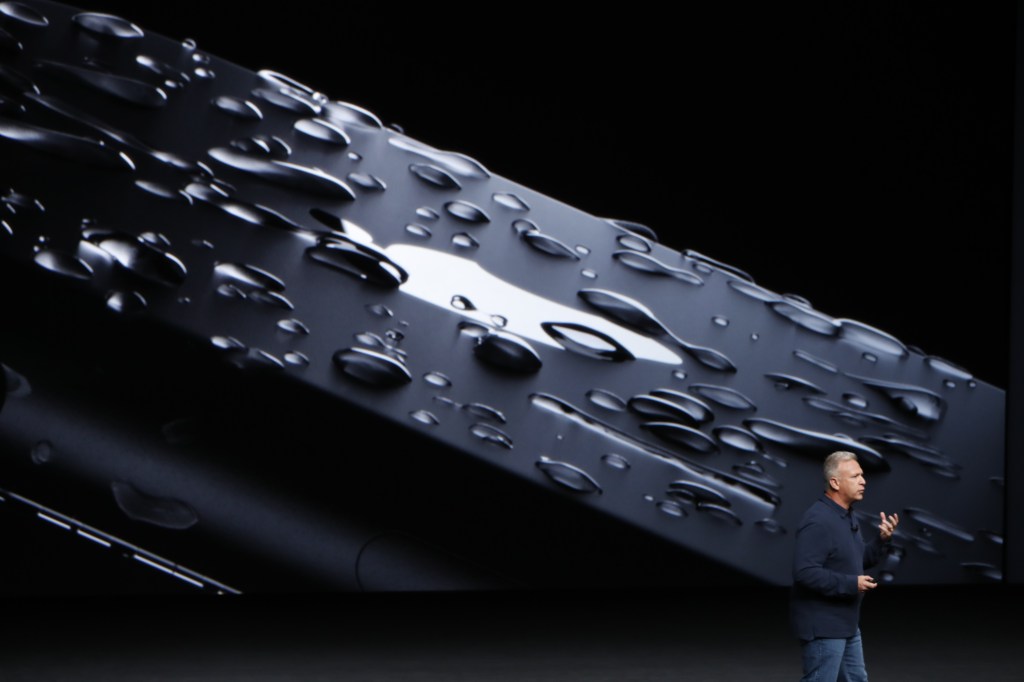 As we’d previously heard, the new phone has no headphone jack, which has upset quite a few of us. “Instead, EarPods will connect via the Lightning port,” according to Tech Crunch. “Lightning EarPods will be included in the box, and so will an adapter for folks who are invested in 3.5mm compatible headphones.” OK, that makes us feel much better. Apparently, Apple did away with the headphone jack to allow for more space and versatility.

Even more high-tech: You can eschew EarPods altogether and go with AirPods, which will use “infrared sensors to detect when they’re in your ears, playing only when they’re in your ears.” Whoa. “The setup process is super easy—connect the AirPods once to your iPhone, and the AirPods instantly sync over iCloud to your other devices. From there, you never worry about them again.” Sounds good to us. Then again, this’ll be yet another thing to plug in—they only hold a charge for about five hours.