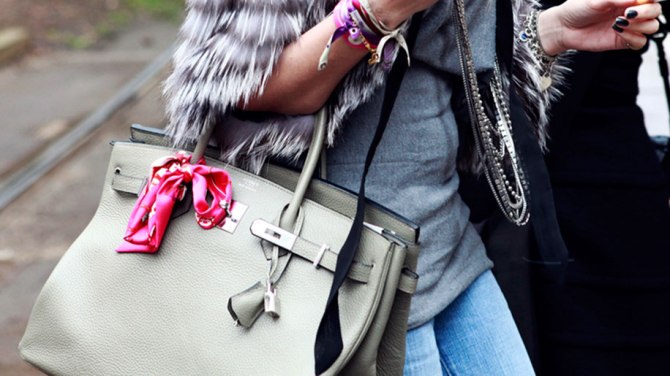 “It’s not a bag, it’s a Birkin,” Samantha Jones was famously told by a sales assistant in a 2001 episode of “Sex and the City.” That quip may have been uttered more than a decade ago, but when it comes to status bags, the Birkin is still the most coveted style on earth and, apparently, one of the most valuable things money can buy.

According to luxury online retail platform Baghunter, the Birkin has the best return of investment when compared with gold or the S&P 500, an index based on the market capitalizations of 500 large companies on the New York Stock Exchange. While it’s key to keep in mind that Baghunter sells Birkins—meaning there’s some corporate interest behind the study—given the beloved bag’s longevity, it’s easy to see the validity behind the research. Gold and important stocks can fluctuate in value, but the price of the Birkin has never decreased. In fact, it has an average annual value increase of 14.2 percent.

Furthermore, Baghunter compared the investment returns for the three over the past 35 years and found that the Birkin’s value increased more than 500 percent.

Even during a recession, the Birkin’s value will remain unhindered. In an interview with Luxury Daily, Baghunter founder Evelyn Fox said that’s due to its unwavering status. “There is a difference between luxury and ultra-luxury,” Fox said. “While the luxury market suffers during worse economic times, the ultra-luxury market is impervious to economic factors that can affect other industries such as high-street retail and stock markets.” That factor’s only further increased by how exclusive the buying process is for getting your hands on the Hermes classic.

And no better time than the present to invest in the bags—the value is only rising, with Baghunter estimating it’ll double in a decade.