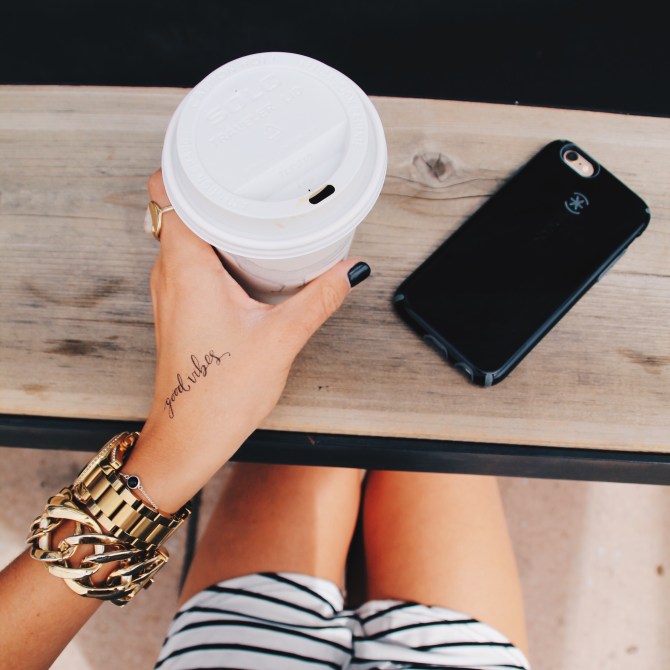 If you’ve been anywhere near the beach (or the Indio desert) during the last year or so, you’ve likely spotted Flash Tattoos—those bold metallic temporary tattoos that were all the rage last summer—on the limbs of more than a few women. And you’re probably totally sick of them. But before you write off faux ink as a passing fad, let us introduce you to INKED by Dani, a brand-new line of temporary tats that’s breathing new life into the nostalgic art form.

Recent college grad Danielle Egna started selling her hand-drawn designs out of her Kappa Kappa Gamma sorority house and officially launched the company with her USC roommate Mandy Raeder last month. The brand was met with immediate success, selling out at Brandy Melville and Nasty Gal, and even spawned a collab with humor site Betches Love This. 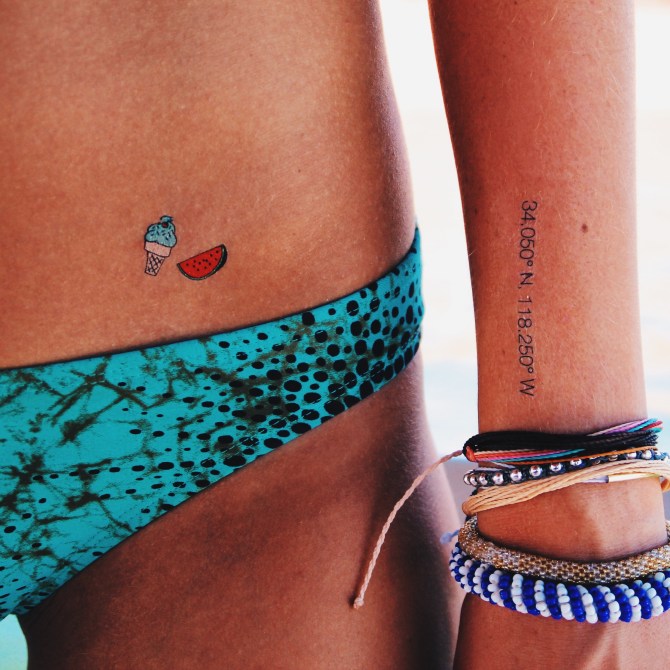 And we can totally see the appeal: Many of Egna’s creations mimic the sort of simple, delicate tattoos that are beloved by fashion bloggers and models without requiring any of the lifelong commitment.

Script phrases such as “Wanderlust,” “Good Vibes,” and “Dope” lend instant cool-girl cred when laced across inner wrists, forearms or alongside fingers, while minimalist arrows, open hearts and infinity symbols are small enough to discretely decorate most any body part. If Flash Tattoos are for boho beach babes, consider INKED by Dani their edgier, fashion-girl counterparts.

The tats couldn’t be easier to apply (just add water) and last up to five days, depending on where you place them—we found fingers rubbed off pretty quickly. At $1 a pop, they’re one of the cheapest accessories around, not to mention an economical way to test the tattoo waters if you’re considering the real deal.

Right now, you can purchase pre-packaged sets online at Mixology and GCGClothing or individually with a minimum order of 10 on INKED by Dani’s site. But considering their initial reception, we have a feeling these tattoos are going to disappear fast.