India Shawn shines amazingly at Lollapalooza. India, a Los Angeles native, performed at the Lollapalooza Chicago’s BMI Stage on Sunday, July 31, 2022. An R&B musician with quite the repertoire, India brought the right relaxing vibes for the last day of the chaotic festival. Her debut album, Before We Go (Deeper), released on July 22, 2022, features must-listen collabs with artists like Anderson .Paak, Unknown Mortal Orchestra and 6lack. Her smooth-yet-strong voice balances the vulnerable topics of staying true to yourself while navigating the hardships of adulthood and moving to a new place—as seen in the first track “CALI LOVE.” India is a veteran in the music industry, penning lyrics for artists like Diddy-Dirty Money, El DeBarge, and Keri Hilson. Her expertise at songwriting truly shows through on Before We Go (Deeper) and brings the heat to her own tracks about heartbreak and finding herself.

When I think about the features, I can really shift into a place of gratitude, because that is the dream of working with people that I admire.

Before We Go (Deeper) By India Shawn 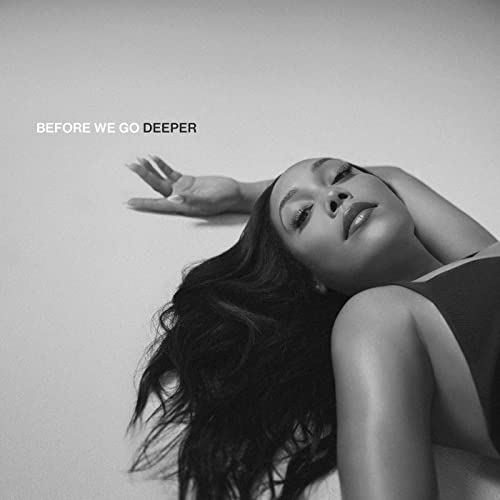 StyleCaster caught up with India before her set at Lollapalooza to talk about Before We Go (Deeper), how she started making music, and what she looked forward to her Lollapalooza debut.

On the meaning of Before We Go (Deeper)

“Before We Go (Deeper) is an exploration of self-discovery, self-love and navigating terrible relationships and situation-ships—only to make my way back to the real and true source of love, which is myself. This album was recorded over the course of two and a half years. It started with me, moving back to Los Angeles from Atlanta. I’m from Los Angeles, born and raised. I came back as an adult with no sense of where I was like ‘I don’t know how to get anywhere. I don’t have friends here. Navigating the relationship world and dating, trying to find love, is hard.’ The album opens with a song called ‘CALI LOVE’ which is exactly what that’s about. Just looking for love and all the wrong places and eventually coming back to myself. I did the entire album with D Mile, an incredible producer who I am calling the ‘Quincy Jones of my generation,’ and he plays everything. He’s got so much integrity, so much love, kindness, passion, talent, skill, everything. This is the person behind Silk Sonic, Lucky Daye and Victoria Monet. It’s just the ultimate blessing and dream to have worked on this entire album with him. “

On how she started making music

“I am the daughter of a musical prodigy. My mother plays piano, sings and writes songs. She has been doing so from the age of 12 or so professionally. It’s just in my blood. I grew up singing in the choir and on the praise and worship team and leading songs in church. So it was just a part of the bloodline and a part of my upbringing. It wasn’t until I moved to Atlanta in the 10th grade when I was 15 years old. I was singing ‘Fallen’ by Mya in a parking lot. I was being this little ethereal fairy swinging around and then I met someone who became my first manager. After that, it was my first experience in the studio.”

On her collabs with Anderson .Paak and more artists

“The craziest part about the collabs is that literally all of these people I look up to. They are legends in my eyes and legends in the world. But they’re my friends, which is nuts. I could just call Anderson .Paak like ‘Give me a verse on this song!’ Me and 6lack go back to Atlanta. I was dropping by his crib, bringing him an American deli when we didn’t have any food to eat—just like crazy shit. To be able to hit him up and him doing me the favor of a lifetime by getting on my album, that’s what’s really special. With Unknown Mortal Orchestra, I remember typing up an email with the subject line ‘You are my Beyoncé.’ That’s how much I listened to Unknown. I really strive to create something as amazing as they create. For years later to be able to reach out and then do me the solid favor of getting on my debut album is nuts. When I think about the features, I can really shift into a place of gratitude, because that is the dream of working with people that I admire. I have to shout out my girl Ambré who I love. She got on the ‘Cali Love’ remix a week before the album came out. My boy, Cory Henry was playing an incredible solo on the album. He is a legend of our generation. My girl Kaye Fox is on the intro and outro of the album. They have such powerful words.”

On preparing for Lollapalooza

“I just came from the BMI space. I wanted to check it out and make sure when my people gonna come see [my set.] I think that my biggest fear is that people won’t come, but I just want people to show up. But I feel good that they are competent about that. Now, having seen what it’s looking like over there, it’s a 40-minute set so I’m going to do all of the deep cuts and people’s faves. They hit, and I’m gonna have fun. I’m gonna have a good time and be present. That’s my secret: presence.”