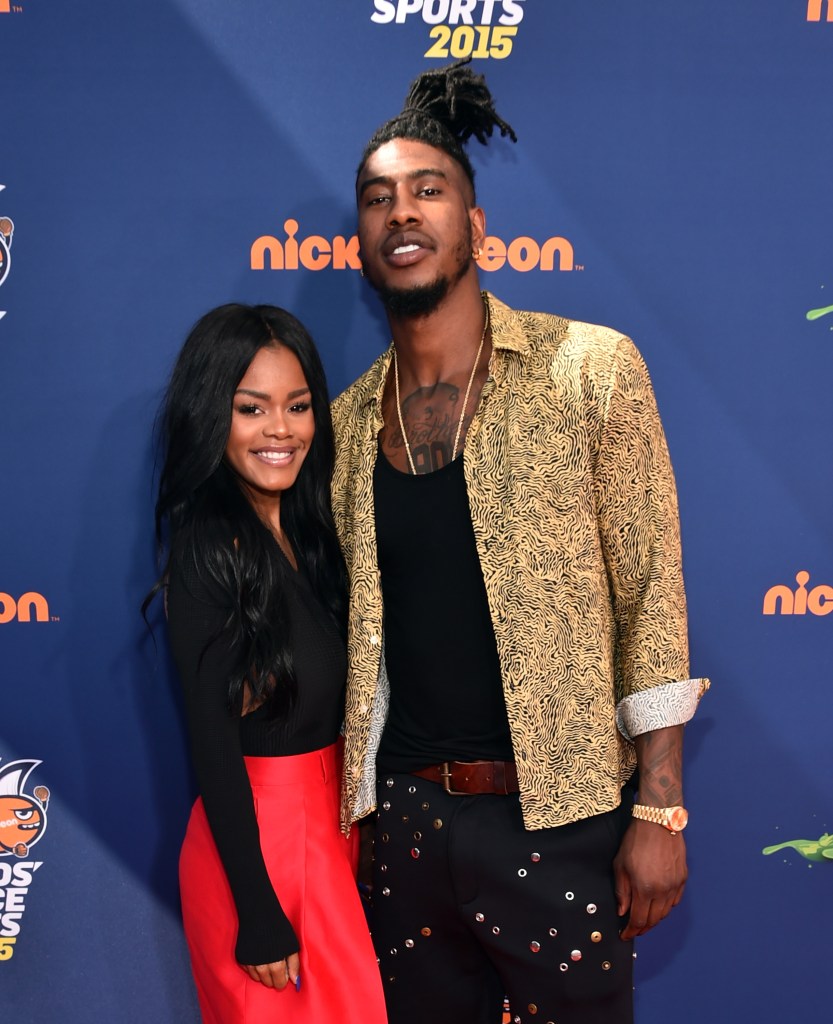 NBA star Iman Shumpert proved himself to be more than just the player with the best moves (and the best fade) in the league when he helped his fiancée, singer Teyana Taylor, deliver their baby daughter in their bathroom early this morning. According to an Instagram posted today on her account, Taylor gave birth in the bathtub, not knowing that she was “in labor until I felt her head.”

The 25-year-old singer really hit the jackpot with Shumpert as a fiancé and the baby’s father, as proved by Shumpert’s remarkable performance during the birth—not only did the baller keep a cool head while helping to birth baby Iman Shumpert Jr., but he even resourcefully used a pair of red headphones to tie the umbilical cord until the ambulance came.

Now that’s a man who knows how to work with what he’s got; if only Phil Jackson could be as innovative. (Don’t follow basketball? Look it up.)

On Dec 16th at 6:42am in our bathroom Junie decided she wanted to take her first breath into this world. She came out as a wonderful surprise to everyone! Not knowing I was in labor until I felt her head…it took two ten count pushes with my fiancé playing Dr and she entered this world into his bare hands! Eyes full of tears and barely able to speak to the emergency operator @imanshumpert tied a pair of red headphones around the umbilical cord and the ambulance made there grand entrance 5 min later. She opened her eyes right away, gazed into mine and never cried! He handed her to me wrapped in our bath towel and wiped her face for me to see what LOVE really is. She has blown Christmas away! Our family is complete. Her blueprint will be unmatched. Welcome Iman Tayla Shumpert Jr. Mommy carried you. Daddy delivered you. #MeetTheParents we love you baby girl💂🏾🐞👶🏾

Congratulations to the new parents. And Shump, you’re the real MVP.