From Kim and Kanye to Brad and Angie, our generation—and, by extension, our tabloids—is jam-packed with celebrity couples who very clearly can be defined as iconic. They’re beautiful, rich, glamorous, and successful, which means we obsess over their every move. And while, sure, most appear in headlines so often that we start to believe every tawdry detail we read about them, it’s key to remember that a lot of these couples have influence that’s more far-reaching—and important—than you might realize.

Not only are they actors and singers, they’re also business people, philanthropists, activists, social media stars, and so much more. They might differ in field, but these iconic celebrity couples have one definitive thing in common—power.

We’ve collected five of the most buzzed-about famous couples of our generation, and made a case for why they matter in more ways than keeping us entertained. 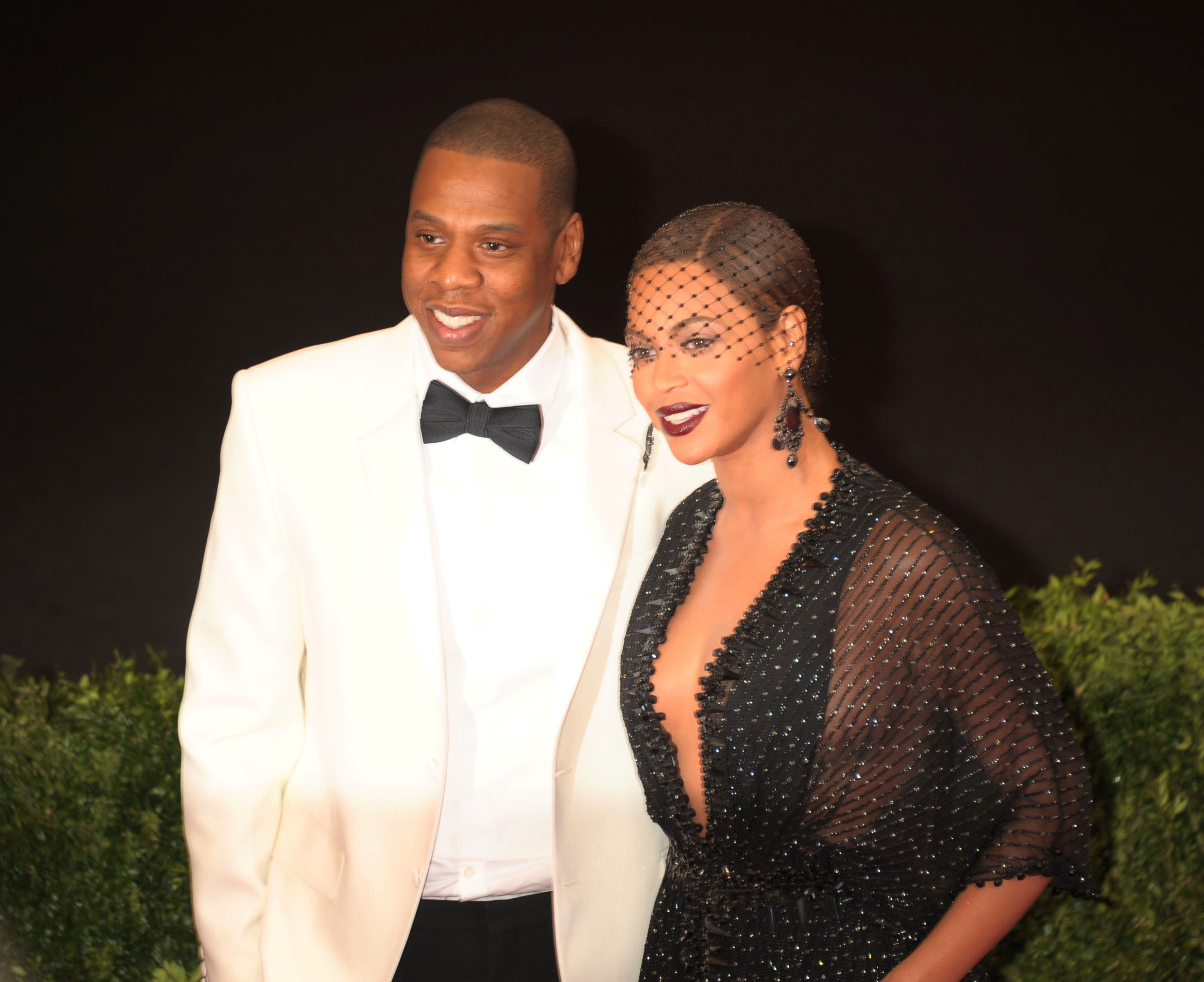 Apart from being two of the most beloved performers in the music industry, Bey and Jay have their hands in just about every element of show business. Both are responsible for some of the most revered records in the history of music—from The Black Album to Beyonce. As a unit, their skills are pretty incredible: They can sing, rap, dance, produce, arrange and write music. Jay has also produced and launched the careers of several other artists, including Kanye West.

Outside of music, Beyoncé is a poster girl for choosing campaigns wisely: She’s been the face of L’Oreal since she was 18 years old and has worked with powerhouse brands like American Express and Pepsi. She also recently signed a deal with Topshop to help launch an athleticwear line.

They’re also close friends of The Obamas and provided much support, both verbally and financially, to the First Family during both of the President’s campaigns, publicly backing his policies, including his support of same-sex marriage.

Collectively valued at over $1 billion, the couple was named the wealthiest couple in entertainment by Forbes magazine, but their influence extends far beyond financials—they’re uniformly well-liked, which is rare for folks as famous as they are. Even a small PR hiccup—that mysterious elevator fight—was merely a blip on their pristine public record.

Oh, and the fact that they have an adorable baby daughter doesn’t hurt their image, either. 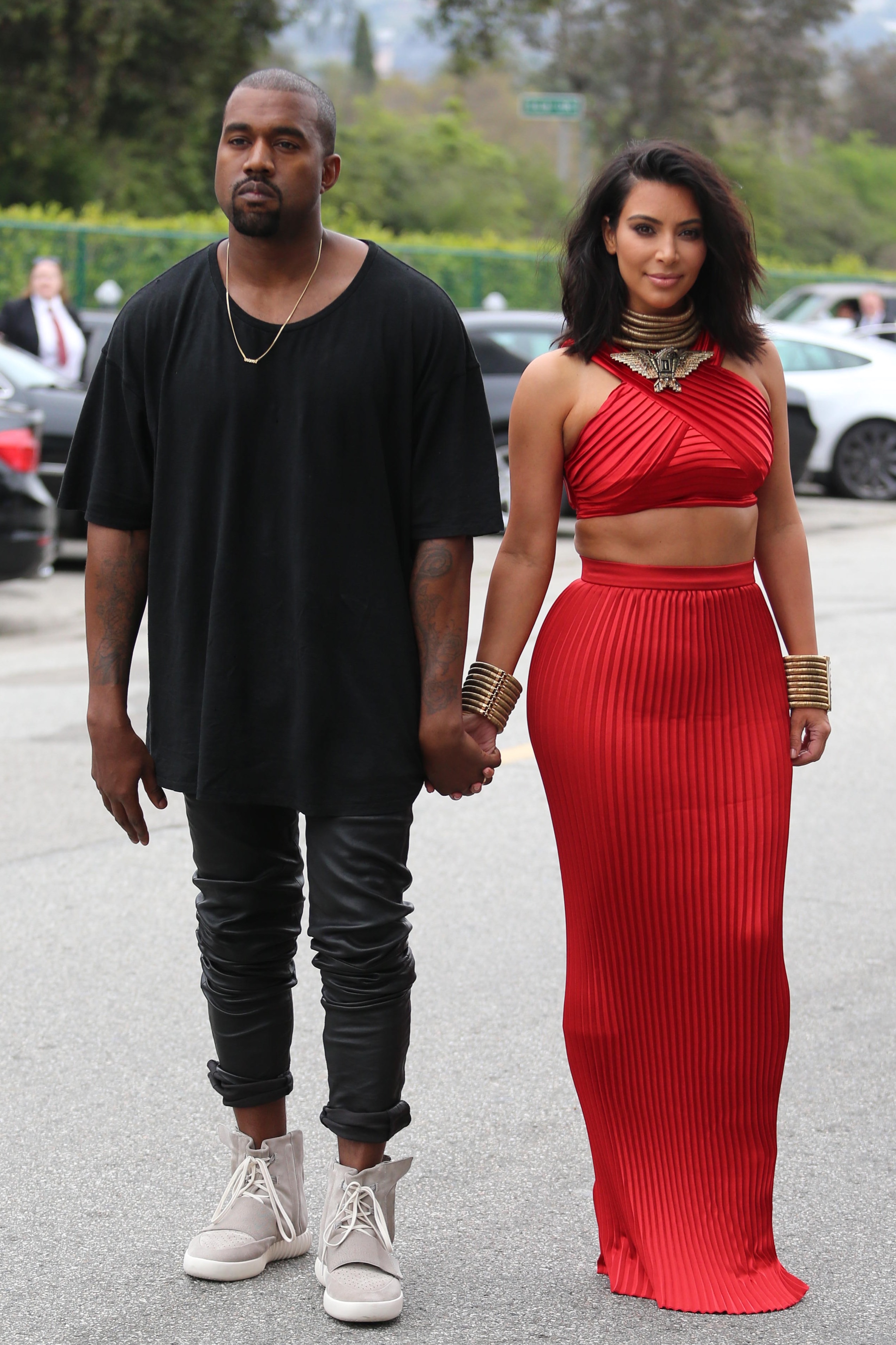 Love ’em or hate ’em, Kim Kardashian and Kanye West are a pop culture force to be reckoned with. At a collective 42.4 million twitter followers, plus Kim’s 28.8 million Instagram followers, their social media reach—which translates to influence—is untouchable and astronomical.

Of course, Kanye has experienced huge success in the music world independent of any connection to his wife’s reality TV family. His 2008 opus My Beautiful Dark Twisted Fantasy was named the best album of the 21st century by GQ Magazine. He’s also a respected producer, having worked on albums and songs for the likes of Alicia Keys, Rihanna, and Lorde, to name a few.

Kanye’s also a noted fashion, art, and design lover, often putting art-world names on the public’s radar. And he’s persistent when it comes to creating his own fashion line—after a not-so-successful go at it in 2011, he recently re-entered the design world via a collaboration with Adidas for Yeezy Season One, which was a highlight of the Fall 2015 fashion month circuit.

Kim, despite generally being more infamous than famous is—for better or worse—one of the most influential women of our generation. Financially, she’s made millions endorsing a boatload of products, has a successful chain of clothing boutiques with her sisters, and has one of the most successful apps on the market, Kim Kardashian: Hollywood, which in 2014, made $43.4 million from July 1 to September 30.

Perhaps the biggest validation of their influence came in March 2014, when they were featured on the cover of Vogue. Not only was this the first time the high-fashion glossy featured a reality star or a rapper on the cover—let alone both together—the pair were the first interracial couple to land the cover.

Unlike, say, Beyoncé and Jay Z, this couple is powerfully divisive: Some people despise them with a burning passion and think they represent the worst of today’s society, while others consider them the epitome of a modern celebrity couple. Whichever side you migrate toward, you can’t deny that these two are beacons of  our current cultural moment. Whether that’s good for bad, of course, is up for debate. 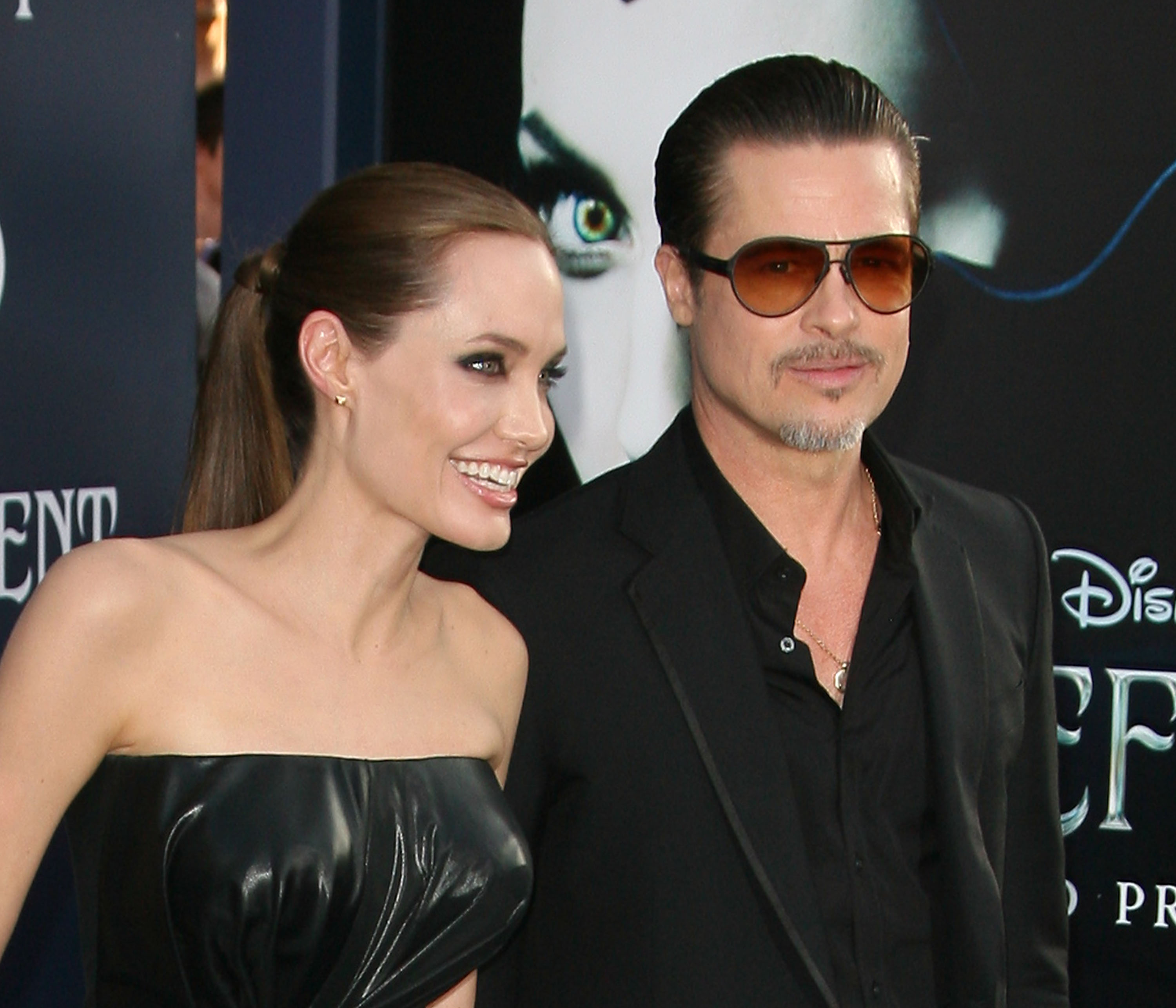 Brad Pitt and Angelina Jolie are the definitions of movie stars, each wildly famous and successful in their own right. The bankable actors have starred in and produced some of the best movies of our time, including “Girl Interrupted,” “Fight Club,” “Thelma & Louise,” “Moneyball,” and “12 Years a Slave.”

Apart from their day jobs, these two are known for their dedication to philanthropy and human rights work. Angie adopted their first two children, Maddox and Zahara, from orphanages in Cambodia and Ethiopia respectively. Angie first met Maddox when she was on a film set in Cambodia as well as on a mission as a Goodwill Ambassador for the UNHCR. Soon after Angie and Brad got together, he adopted the two children.

Upon selling the first photos of their biological daughter Shiloh to Getty Images, the couple made over $7 million, which they then donated to several charities benefiting impoverished children in African countries. The couple also has three other children together, one adopted, and biological twins.

Angie is also particularly admired and respected for revealing publicly that she chose to undergo a preventative double mastectomy after learning she had an 87% risk of developing breast cancer, as well as her decision to remove her ovaries and fallopian tubes.  The two are also founders of the Jolie-Pitt Foundation, a charitable organization that aids humanitarian initiatives across the world.

Their diverse family, successful careers, and positive reception by the media makes the Jolie-Pitts one of the most iconic and current couples. 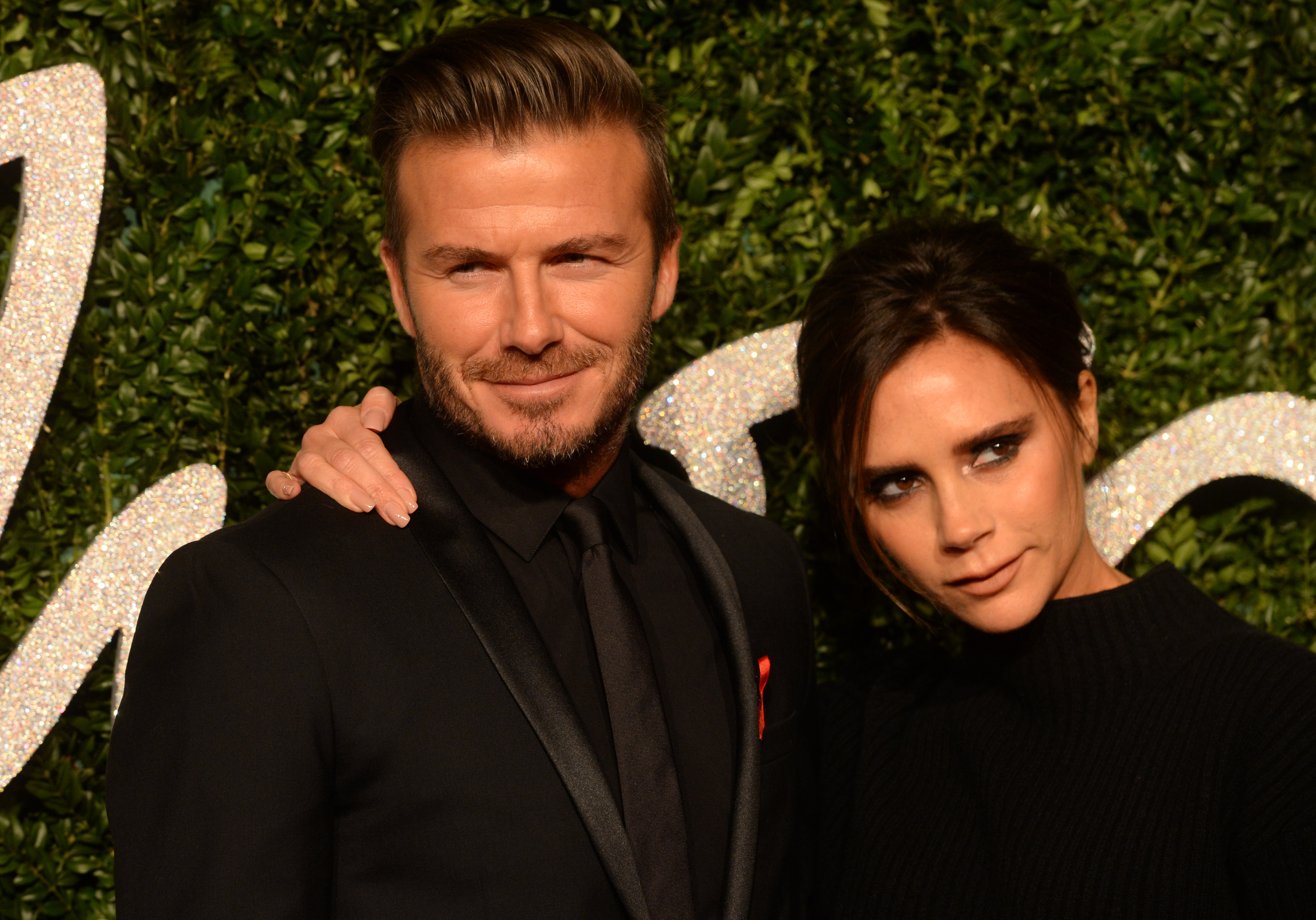 Whoever thought that a British footballer and a former Spice Girl would make such an iconic couple? Not only have David and Victoria Beckham shed their solo identities of “Becks” and “Posh,” they’ve defied the celebrity couple curse, and continue to only get more famous, and become more successful.

Since the Spice Girls disbanded, Victoria made a name for herself as a highly respected fashion designer, nabbing the coveted CFDA award for designer of the year in 2011. She’s also a huge supporter of PETA, and general animal rights, as well as a representative of the Ban Bossy campaign, which aims to empower young girls.

After playing for major soccer teams, including Manchester United, Real Madrid, and the LA Galaxy, David embarked on several lucrative endorsement deals, including Coke, H&M, Samsung, and Armani. He was also named a Goodwill Ambassador, with a particular focus on UNICEF’s Sports for Development program.

The couple have four gorgeous children, and seem to epitomize the definition of a loving—and successful—family. 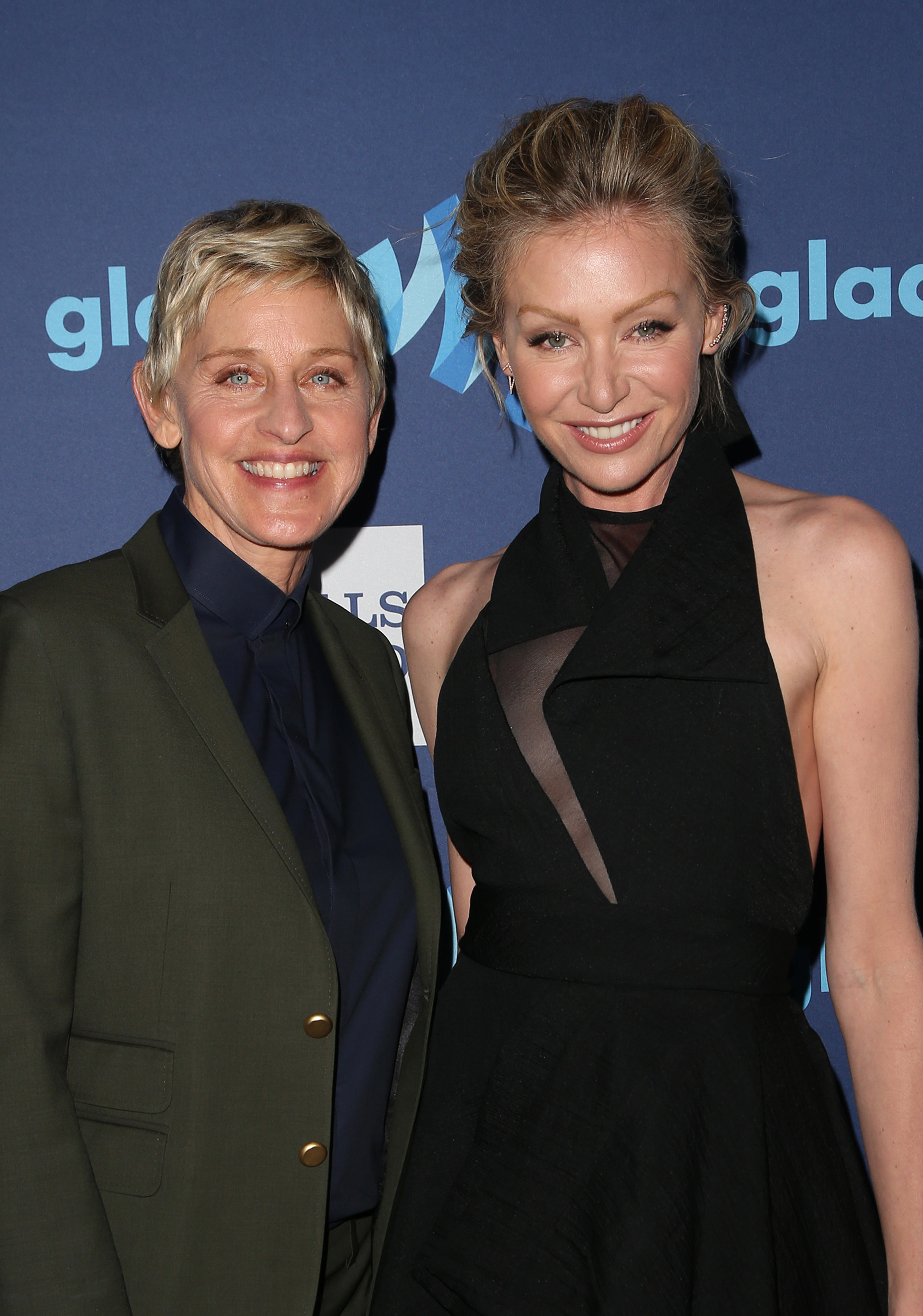 Ellen DeGeneres and Portia de Rossi were both household names, but have become a pretty powerful unit since getting together.

As host of the “The Ellen Degeneres Show”—which been on the air since 2003, and has won over 25 Emmy awards—Ellen has also voiced several animated characters, acted in a few films, and hosted the 2014 Oscars.

De Rossi, who is Australian born, is a successful actress and active philanthropist, supporting Locks of Love and FXB International, an organization that helps children with AIDS in developing countries.

Ellen and Portia’s real influence, however, comes from the fact that they’re one of the first and only celebrity lesbian couples, frequently speaking about LGBT issues. The couple was married in 2008—right after the same-sex marriage ban was overturned in California—and were both well-known in their own right, but iconic as a pair.