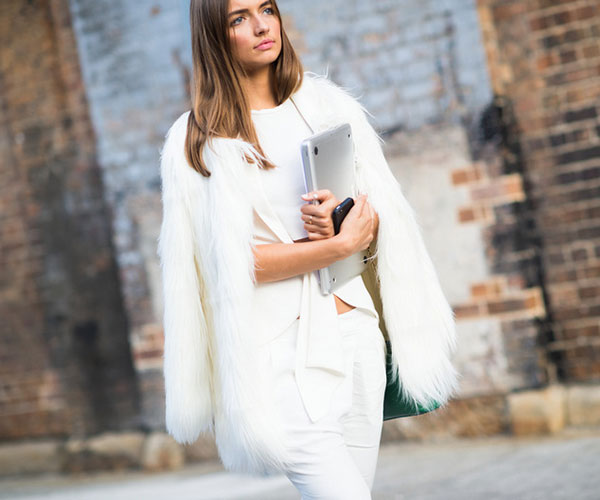 I have something to say and it’s probably going to make a few people on the internet angry. Okay, here it is: I don’t think wearing fur is that bad, and I do it all the time. If you’re a fashion girl living in a cold climate right now, you might echo my sentiments, but still, excuse me while I duck for cover because I’m well aware this won’t win me any popularity contests.

There are few things in the world that have the ability to draw the mixed, emotional reactions that fur does. Call it the selfie stick of fashion: You either love it, or you hate it.

I wasn’t always into fur. As a teenager, I was actually decidedly anti-fur, and even embarked on a vegetarian phase during college after reading Rory Freedman‘s “Skinny Bitch,” a book that depicts cruelty to animals with such graphic detail, it would probably turn Ronald McDonald into a strict vegetarian.

Then, when I got a bit older, I realized I was the world’s worst vegetarian, and that eating some red meat now and then isn’t actually bad for my health. And damn it, I love a steak medium rare.

MORE: Why I Refuse to Buy Expensive Jeans: A Fashion Editor’s Story

Despite my yo-yo relationship with Big Macs, throughout the ’90s and early 2000s, I was still firmly against wearing fur. It was easy to be repulsed by the stuff then–to me, fur pieces just seemed so adult, and reminded me of something my mothball-scented grandma would have in storage.

Celebrities too, at the time were vehemently anti-fur. So were glossy magazines. It was chic to be anti-fur. So, naturally, I too joined the “fur is bad” camp.

Now, in 2015, the tables have turned. Luxe colored fur is one of the most coveted trends, and both major designers and small fast fashion labels have been using the real stuff in droves.

Celebrities, too, have started publicly embracing fur again, with everyone from Kim Kardashian to Naomi Campbell to Anna Wintour having been spotted wearing pelts. And while I’m not about to wear a Kardashian-inspired “furkini,” there is fur lining in my boots right now.

Clearly, I’m not the only one altering my stance—global fur sales are on the rise. We spent $1.39 billion in the U.S. on fur in 2013, a solid 10 percent increase over the previous year. Globally, the fur industry raked in about $35.8 billion in retail sales between 2012-2013, according to an independent PriceWaterhouseCoopers Italy study.

Changing attitudes and a shift in global economies have had a hand in the trend—China’s growing upper class is responsible for buying 16 percent of the world’s fur, on par with the U.S. and just behind Russia, who make up  around 20 percent of the market.

I think the shift in my own opinion comes down to two things. On one hand, the way designers are using fur has changed markedly in recent years—designer handbags now feature kitschy-cute fluffy tufts and big fur coats come in all sorts of crazy colors. Fur-based fashion is just so much more fun than it used to be. And the second thing is the fur industry isn’t what it used to be. 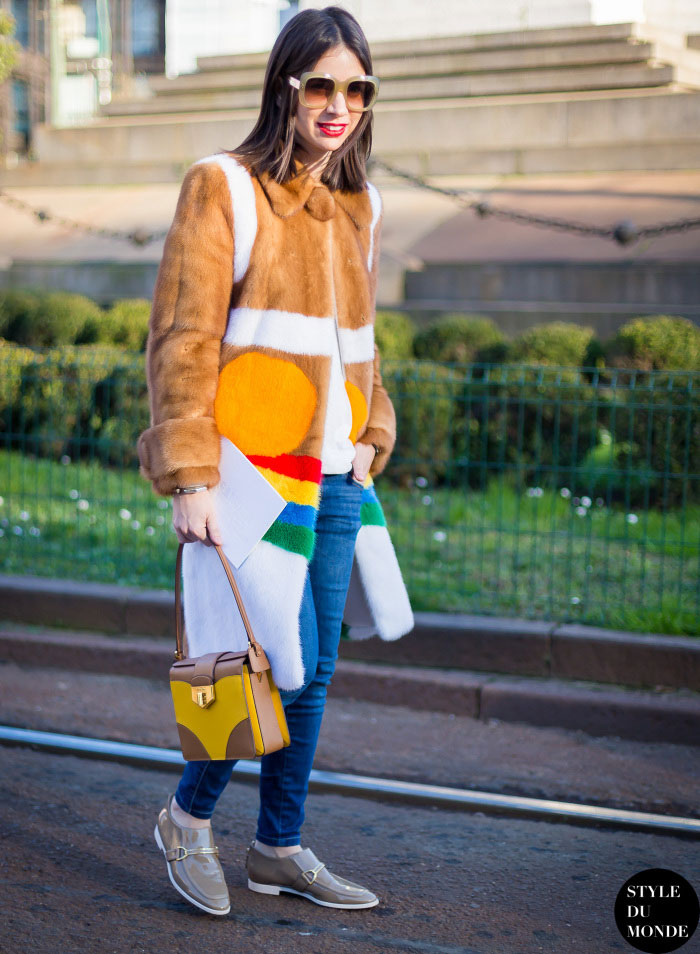 Because fur in fashion has become so much more appealing, I set out to become more informed on the topic. One of the biggest triumphs for animal welfare in the fur trade has been the Origin Assured (OA) initiative, which launched back in 2007. Mark Oaten, CEO of The International Fur Federation’s (IFF), which promotes and lobbies on behalf of the fur trade, explained to me that any fur garment bearing the OA label comes from a country with recognizable welfare regulations in place. Oaten also explained that OA-approved farms are regulated by strict legislation, which governs the handling of animals, how they’re fed and given water, their transportation, and euthanasia.

I’ve seen my fair share of horrific videos about what supposedly goes down in the depths of the fur industry, but apparently this really isn’t the case at modern farms that have been approved by OA. In reality, these farms work with independent animal welfare researchers to improve conditions.

“Much of this work is based upon the independent work of welfare scientists from the International Fur Animal Scientific Association (IFASA) who are engaged in research into animal behavior and welfare, furbearer nutrition, disease prevention, physiology and genetics,” Oaten explained.

If you know the slightest bit about cattle or poultry farming, you’ll know those industries are actually governed by similar legislation that protects animal welfare. This comparison really made me think: “Why would a meat-eating gal who already wears leather need to feel especially guilty about wearing fur as long as it’s ethically sourced?”

In the interest of making an educated decision, I also chatted with PETA’s Senior Vice President of Communications Lisa Lange about winter’s fur fashion trend. Unsurprisingly, she’d prefer you went the faux route, saying, “The popularity of faux furs this winter is proof that it’s easy to look fabulous and stay warm without bludgeoning, electrocuting, and skinning animals alive on cruel fur farms.”  PETA’s opinion is as steadfast as it is extreme when it comes to wearing fur: If you wear it, no matter what kind of fur it is, you’re endorsing the intense suffering of animals that will only end when the public refuses to buy or wear fur.

I expected a response like this from PETA–they are an animal welfare organization after all–but it’s a viewpoint that hasn’t changed in decades, even though the fur industry has made reforms. This unwavering opinion and lack of balanced information has left shoppers confused, and not informed about ways they could be responsibly buying fur.

I’m not saying you should give yourself a guilt-free pass to buy any old fur: Countries like China (where around 90 percent of angora is produced) don’t enforce penalties for abuse of animals on farms, which has lead to brands like Zara and H&M discontinuing their use of the material, which is made from rabbit fur. Obviously, we should be actively ensuring fur is obtained ethically. When or if I do buy new fur, I’ll be keeping an eye out for the OA label, and will eschew pieces without it.

There’s also a separate, environmental argument that seems to favor fur in fashion over manmade fabrics. Some designers do a great job of replicating the real stuff (at a fraction of the cost), but fur advocates claim faux varieties are terrible for the environment, blaming the garment’s disposable, fast-fashion nature. Regardless of how you feel about wearing animal fur, there’s no arguing that a quality, real fur garment can last for generations with care—I know for sure that my mom’s fur vest that now belongs to me won’t end up as landfill during my lifetime.

While I still don’t always feel completely comfortable walking around in my fur vest or boots (yep, I have both) in public—and find myself looking over my shoulder for flying buckets of red paint regularly—animal fur really can’t be beat when it’s freezing outside, and I rest easier with my choice to wear fur knowing that organizations like OA, IFASA, and IFF are regulating the industry.

What are your thoughts on wearing for? Let us know in the comments below.